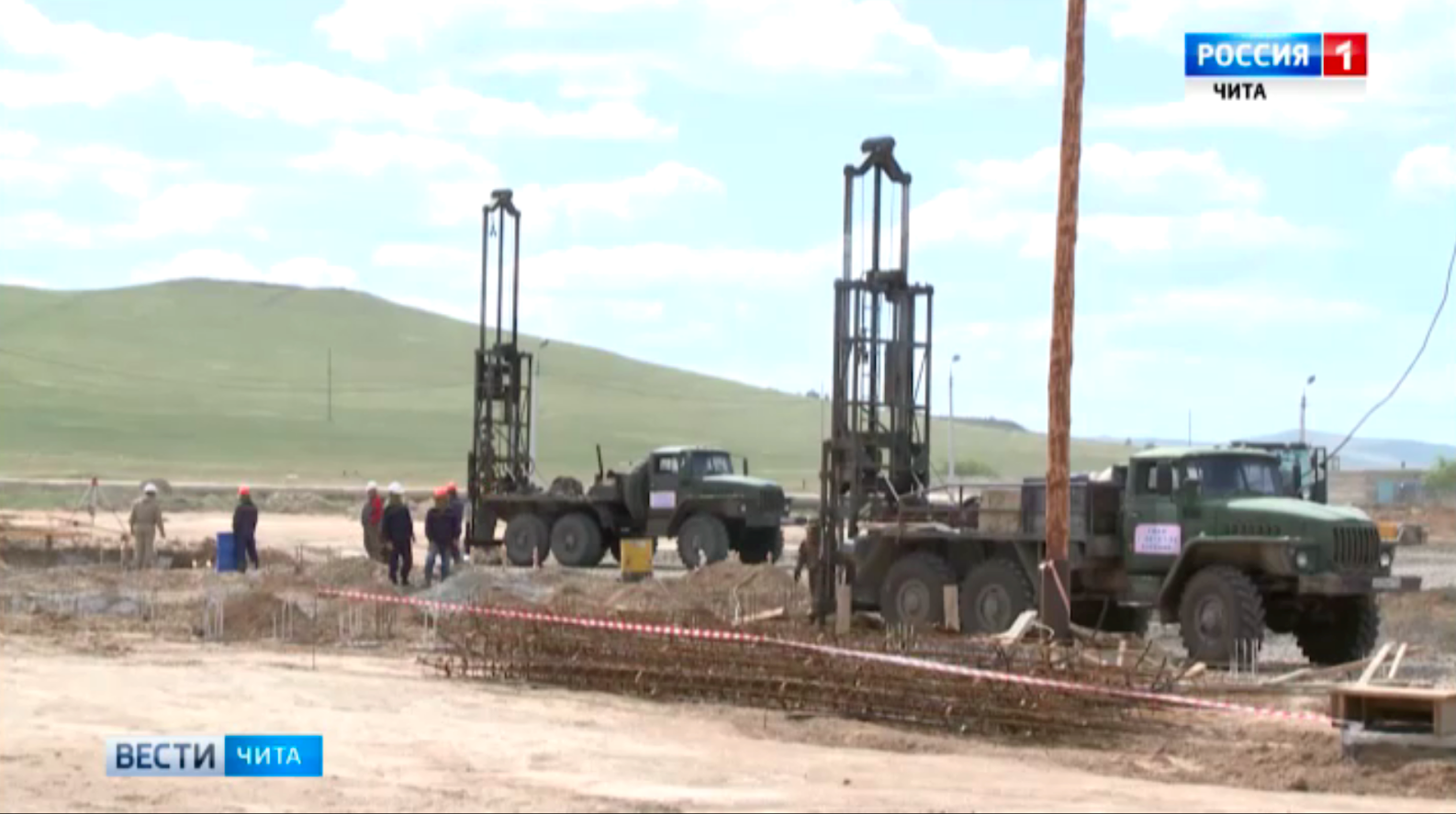 Workers developing the ground infrastructure around Rudnik No. 6. (Photo: Rossiya 1)

A subsidiary of sanctioned Russian bank VEB.RF said earlier this month that it planned to invest billions of rubles into a struggling uranium mine in Russia’s Far East.

The RUB 5 billion (almost USD 78 million) investment, by the Far East and Baikal Region Development Fund (FEBRDF), would save more than 900 jobs, said Petr Shelakhaev, an executive at the fund.

It came weeks after Russian Prime Minister Dmitry Medvedev had heard an impassioned plea from a local politician to provide state funding for the mine, known as Mine No. 6. Medvedev agreed to provide government support after being told that closing the mine, located in Zabaykalsky Krai, would leave 5,000 workers without jobs and that the mine needed an additional RUB 1.882 billion (just over USD 29 million) in investment before the end of 2019.

However, residents of Krasnokamensk concerned with their employment are not the only people interested in Mine No. 6: It is the site of the first international cooperation in Russian uranium mining, a sector previously operated solely by the government.

The Russia-China Investment Fund for Regional Development (IFRR) agreed in March 2018, to invest RUB 2.5 billion (slightly below USD 39 million) in the mine, with plans for IFRR to invest an additional RUB 14 billion (just under USD 218 million) throughout the project.

The deal was struck with Priargunsky Industrial Mining and Chemical Association, and Atomredmetzoloto, a majority-owned subsidiary of Russian State Nuclear Energy Corporation, known as Rosatom. IFRR, if the planned investments continue, will provide almost 90 percent of the project’s funding.

Though based in Russia, the IFRR is “100% Chinese money,” according to Rustam Ilmirovich Temirgaliev, the director general of IFRR’s managing company. The fund is meant to invest Chinese assets into Russian development projects. It manages RMB 100 billion (about USD 14 billion) with a 9% internal rate of return, according to the IFRR website.

IFRR will acquire a 49% stake in a new joint venture with funds provided by the China National Nuclear Corporation (CNNC), that will build the ground infrastructure facilities of Mine No. 6. The development of ground infrastructure for the mine is expected to be completed by the end of 2019, and with construction proceeding ahead of schedule the mine could begin production as early as 2023.

Such an arrangement is mutually beneficial: Russia had struggled for years to find investors in this mine, as global overproduction of uranium meant it would not be profitable, while China seeks to expand its imports amid plans to build additional nuclear reactors.

Beyond the strategic significance of Chinese investment entering Mine No. 6, IFRR is noteworthy because of its leader, a former politician sanctioned by the U.S. government.