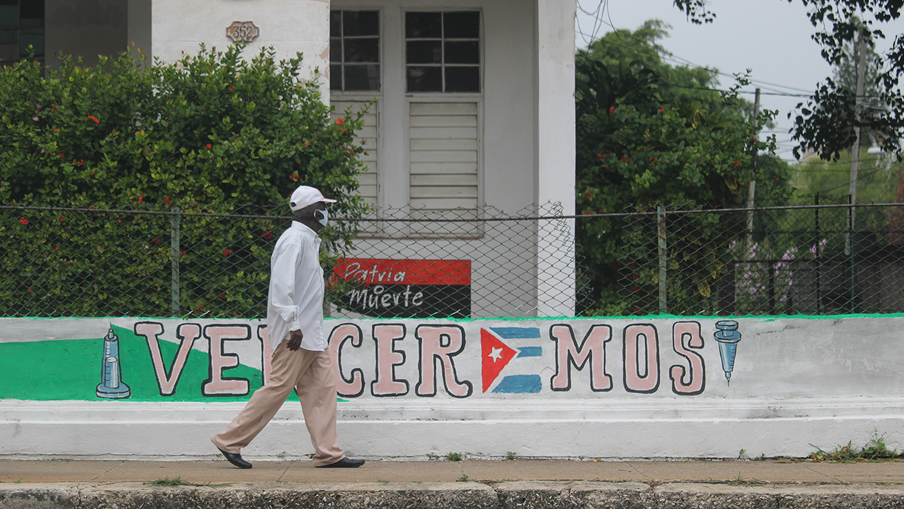 The U.S. Treasury Department on Thursday sanctioned three Cuban government officials, marking the fourth round of designations since protests on the island began last month.

Cuban security forces have suppressed the demonstrations since they began on July 11, the Treasury said. The protests, the largest the country has seen in decades, came amid a spike in coronavirus infections, an economic slump and shortages of food and medicine.

Legra is deputy chief of the general staff and chief of the directorate of operations of the Revolutionary Armed Forces (FAR), which deployed a military police unit in response to the protests, the Treasury said. Gonzalez is chief of the central army, also under MINFAR.

Jimenez is the chief of the directorate of penitentiary establishments under MININT, according to the Treasury. In his role, he’s responsible for the treatment and disposition of people imprisoned on the island; Cuban security forces have detained more than 800 people since the protests began, the Treasury said.

The designations were previewed earlier Thursday by Homeland Security Secretary Alejandro Mayorkas after a meeting with Cuban American activists in Miami, according to media reports.

“This administration stands with the Cuban people,” Mayorkas was quoted as saying.

Last week, the U.S. sanctioned two Cuban interior ministry officials and a military unit. Last month, the U.S. designated a Cuban police unit, its director and his deputy, as well as the defense minister and a special forces brigade. All Cuban nationals are blocked under U.S. sanctions regardless of whether they’re on a sanctions list, with limited exceptions and licenses including for humanitarian purposes, the Treasury noted again Thursday.

Many of those who were detained since the protests began are being held in “preventative jail,” and the whereabouts of multiple people are unknown, according to the Treasury.

Once in jail, many are prosecuted in summary trials, with simplified procedures and often without the chance to hire a lawyer; dozens have already been sentenced to up to a year behind bars or to correctional work as a result of these trials, the Treasury said.

This week, Cuba introduced tighter controls on the use of social media, including a ban on false news or messages that “incite mobilizations or other acts that upset public order,” according to media reports. Those who attempt to “subvert” order are deemed cyberterrorists. Doctors had posted a video earlier in the week on social media decrying the shortages of medicine and supplies, and criticizing the government’s pandemic response.