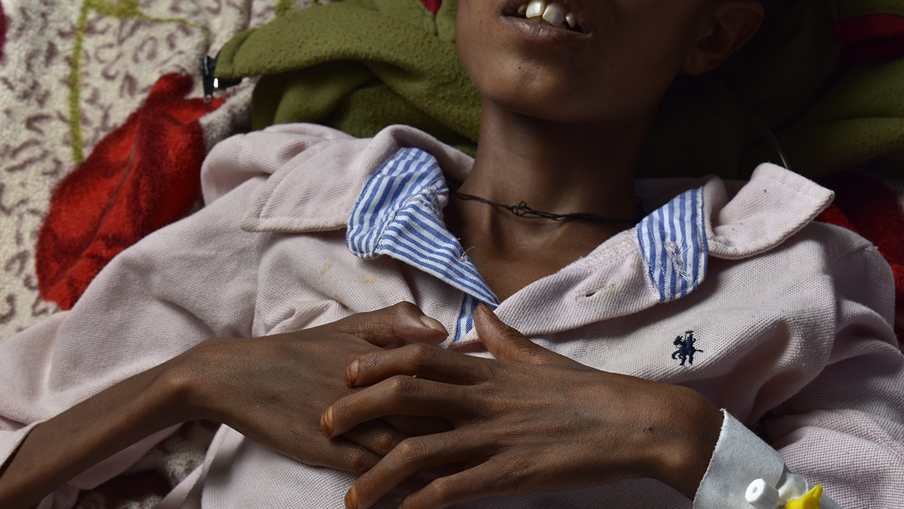 A person lies down on a hospital bed in Tigray, Ethiopia. (Source: Shutterstock)

The U.S. Treasury Department on Monday sanctioned Gen. Filipos Woldeyohannes, chief of staff of the Eritrean Defense Forces (EDF), who commands the country’s troops operating in the Tigray region of Ethiopia, where a conflict has been ongoing since November 2020.

The EDF are responsible for massacres, looting and sexual assaults, having raped, tortured and executed civilians, according to the Treasury. EDF troops have “purposely shot civilians in the street” and engaged in house-to-house searches, executing men and boys, and forcibly evicting Tigrayan families from their homes to take them over, the Treasury said. Filipos, due to his role as commander of the EDF forces in Tigray, was designated under a U.S. law that authorizes sanctions against human rights abusers.

“The United States is concerned that large numbers of EDF have re-entered Ethiopia, after withdrawing in June. Prolonged, intensified and expanded conflict increases the risks of violence against civilians and rights violations,” said Secretary of State Antony Blinken.

The conflict in Tigray has continued to escalate despite a ceasefire agreed to in late June, and the Tigray People’s Liberation Front (TPLF) has moved into neighboring Afar and Amhara regions, potentially widening the conflict, according to the Treasury.

After months of official denials, Ethiopian Prime Minister Abiy Ahmed acknowledged for the first time in March that Eritrean troops entered the Tigray region during the conflict there. The admission came as the European Union sanctioned the Eritrean National Security Office.

Internally displaced persons (IDPs) in Tigray have “described a systematic effort by the EDF to inflict as much harm on the ethnic Tigrayan population as possible” in the areas they control, the Treasury said. In some cases, the EDF has used knives or bayonets to slash open the torsos of pregnant women and then left them for dead, according to the Treasury, citing IDP reports.

The EDF have also forced survivors to leave the bodies of the dead where they lie or face execution themselves, according to the IDP accounts cited by the Treasury. IDPs also spoke of a “scorched earth” policy intended to prevent IDPs from returning home, the Treasury said.

IDPs recounted instances of witnessing the EDF rape, murder and torture friends and family members; sexual violence is also being used as a weapon of war and a means to terrorize and traumatize the entire population, according to the Treasury and reports by nonprofits.

About 5 million people are in need of humanitarian aid, and more than 400,000 people are experiencing famine conditions, the Treasury said. Nevertheless, Ethiopian and Amhara regional forces are restricting humanitarian access, and the federal government has called for all capable Ethiopians to support its campaign in Tigray, risking further escalation, according to the Treasury. Ethiopia has denied purposely blocking aid. Food aid is running out and less than 7 percent of what was sent was reaching the Tigrayan people, Samantha Power, administrator of the U.S. Agency for International Development (USAID), said last week.

“Humanitarian conditions are hellish,” United Nations Secretary-General Antonio Gutierres said last week, during a press briefing. “Millions of people are in need. Infrastructure has been destroyed. We have heard first-hand accounts of women who have been subjected to unspeakable violence. The spread of the conflict has ensnared even more people in its horror.”