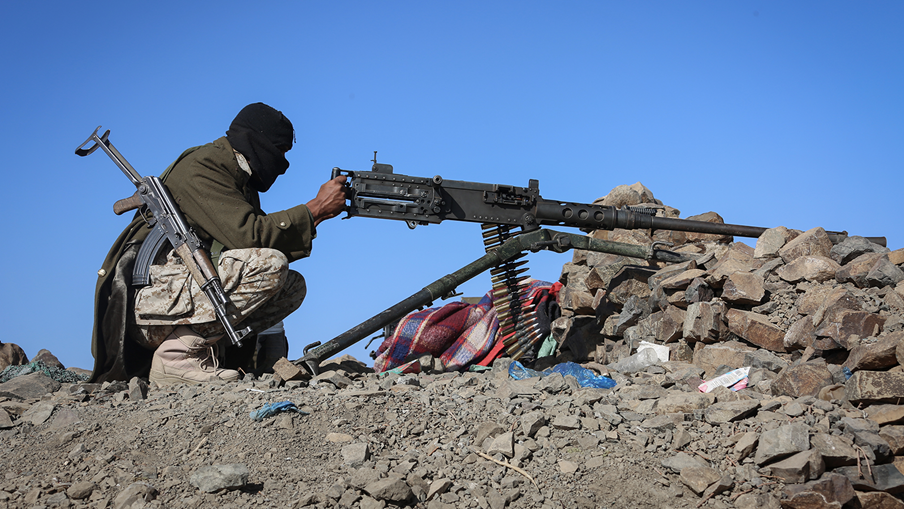 A Houthi defense official involved in an asset seizure operation was sanctioned this week by the United Nations, along with two others.

Saleh Mesfer Saleh Al Shaer, an assistant Houthi defense minister for logistics, has helped the Iran-backed Yemeni rebel movement acquire smuggled weapons, according to a summary of the U.N. sanctions listing. But Al Shaer is also directly involved in the appropriation and seizure of assets and entities owned by people in Houthi custody, or forced to take refuge outside the country, using his role as a “judicial custodian” and a network based in Sana’a, the listing said.

Al Shaer, “a very close ally” to Houthi leader Abdulmalik al-Houthi, is “a key figure” in the group’s effort to confiscate assets from its opponents and businessmen, a U.N. panel of experts said in a report released in January. He has used his authority and the Sana’a-based network, which includes members of his family, the national security bureau, the central bank, registrar services at the Yemeni trade ministry and some private banks, to take possession of the assets without due process or a possibility of redress, the U.N. sanctions listing said.

A specialized criminal court in Sana’a designated Al Shaer as the judicial custodian of the confiscated funds and assets “to add legitimacy and legality to the looting, theft and appropriation,” according to the January report. Since its formation, the court issued rulings to seize the assets at home and abroad of the Yemeni president and his cabinet, as well as 75 military leaders, 35 parliamentarians, and at least 100 political leaders, the U.N. report said.

And Al Shaer was preparing a court order to seize the home and properties of former Yemeni president Ali Abdullah Saleh and several of Saleh’s children, according to the U.N. report. Saleh was killed in late 2017 by Houthi rebels as he tried to flee clashes in Sana’a.

“The Panel is also investigating the financial windfall from these seizures, how these assets are seized and managed, and if this money is being used to fund the Houthis’ war effort or for personal enrichment,” the report said.

The U.N. report listed multiple examples of individuals, companies and other entities whose assets that Al Shaer, acting as the judicial custodian, seized and handed to trusted figures.

In one case, Yemen Armored, a security firm, is now managed by Al Shaer’s brother, Abdullah Al Shaer, a key figure in his network, according to the U.N. report.

The company’s prior owner, Ahmed Saleh Ali Arrahbi, sent an email to U.N. personnel in July 2019 saying he had been tortured and the Houthis seized his company, according to a 2020 U.N. panel report. U.N. development and relief organizations had sent USD 3.2 million to Yemen Armored between October 2018 and June 2019, and about USD 1 million more in October and November 2019, the 2020 U.N. report said. The aid organizations were unaware of any management change in the intervening time period, according to the panel’s 2020 report.

The U.N. obtained images of Yemen Armored’s registration, both the original from 2013 with Arrahbi as manager and a new certificate showing Abdullah as director, from confidential sources. In July 2019, the special criminal court in Sana’a ordered Yemen Armored to issue and cash checks of USD 932,000 and USD 2.1 million to Al Shaer’s nephew, Raed Hassan Mesfer Al Shaer, the U.N. panel found in 2020, citing a photo of the order from the company.

Al Shaer also named his brother Abdullah as one of the directors of Sabafon Telecom Company and his nephew Raed as director of Twintech University, according to the U.N. panel report.

In addition to Al Shaer, the U.N. this week also sanctioned Muhammad Abd Al-Karim al-Ghamari and Yusuf al-Madani, Houthi military leaders involved in an offensive targeting Marib. The pair were sanctioned by the U.S. in May. The U.K. sanctioned them, as well as Al Shaer, in line with the U.N. listings; the three men are also all on a Saudi list of most wanted Houthis issued in November 2017.

The conflict in Yemen between the Iran-backed Houthis and a Saudi-led coalition has raged since 2014; the Biden administration revoked a foreign terrorist organization (FTO) designation of the Houthis in February because of the dire humanitarian situation on the ground. Five million people are “one step away from famine,” according to the World Food Programme. The Saudi coalition said this week it had killed 125 Houthis in its latest strikes near Marib.

“The Houthis, and all other parties to the conflict, need to engage constructively on negotiations. Dialogue is the only way to sustainably end this conflict and alleviate the dire humanitarian crisis,” said James Cleverly, minister for the Middle East and North Africa for the U.K. Foreign, Commonwealth & Development Office (FDCO), in a statement.