The operatives planned to capture an Iranian-American journalist who is a critic of Iran’s government, prosecutors say 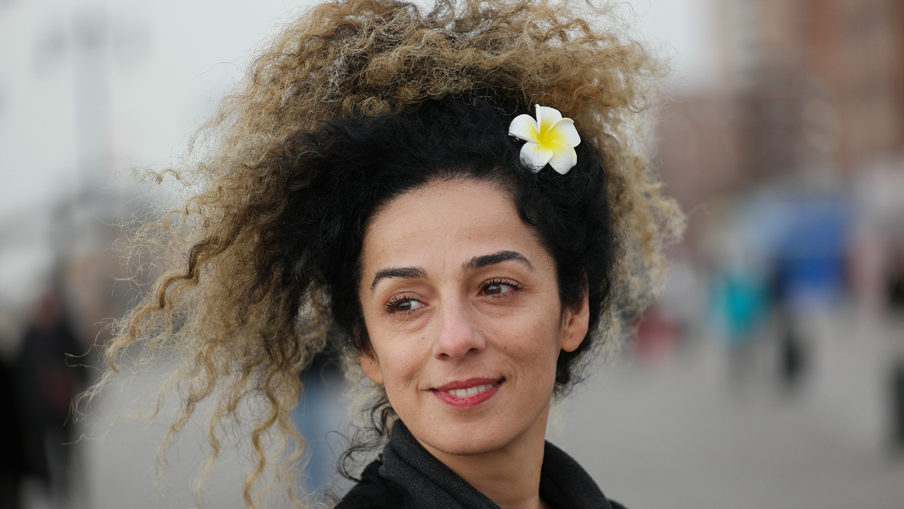 Masih Alinejad, a journalist, was the victim of a kidnapping plot, the U.S. says. (Source: Wikimedia Commons)

By Samuel Rubenfeld and Alexis Nicholson

The U.S. Treasury Department last Friday announced sanctions on four Iranian intelligence operatives who were charged this summer with plotting to kidnap a U.S. journalist and bring her back to Iran.

Though the U.S. did not name the journalist, Masih Alinejad, who has worked for the U.S.-funded Voice of America and is a prominent critic of the Iranian government, identified herself as a victim when an indictment against the intelligence operatives was unsealed in July. The Iranian government sought to execute her, she said in interviews at the time.

“This is a small welcome step,” Alinejad said on social media following the designations. “In my meetings with Democrats and Republicans, I said the U.S. must stop negotiating with this regime till political prisoners, including dual nationals, are released.”

The four operatives had planned to capture Alinejad, who was living in New York City, by conducting surveillance using the services of a private investigator, looking into abduction options involving military-style speedboats and researching travel routes to potential exfiltration points, the Treasury said, citing an indictment.

Alireza Shahvaroghi Farahani, identified by the Treasury as a senior Iran-based intelligence official, led the network of operatives, including Mahmoud Khazein, Kiya Sadeghi, and Omid Noori, who were tasked with the targeting of dissidents. They were all sanctioned for acting on behalf of Iran’s Ministry of Intelligence and Security (MOIS), which was designated in 2012 for its role in human rights abuses against the Iranian people since 2009.

Farhani received surveillance photos of Alinejad, as well as of her residence, from his co-conspirators, according to the indictment. The group sought other targets as well, including three people in Canada, an individual in the U.K. and others located in the United Arab Emirates, the indictment said. An electronic device used by Farhani contained a graphic showing a photograph of Alinejad and two others, both Iranian dissidents who were captured by Iranian intelligence services, that had the Farsi-language caption: “Gradually the gathering gets bigger … Are you coming, or should we come for you?”

Khazein, an Iranian intelligence asset, is the chief executive of a group of companies that import marine, construction and agriculture equipment to Iran, principally for government entities, according to the indictment. He has cooperated with Iranian intelligence agencies since at least 2014 and was appointed to a position in the Basij, a volunteer auxiliary division of the Islamic Revolutionary Guard Corps (IRGC) in 1999, the indictment said.

As of this spring, Khazein owned a majority stake in and was chair of Ira Razi, an Iran-registered company involved in the import and export of commercial goods, including food and pharmaceutical products, among other commercial activities, records show. In addition, Khazein as of 2017 was chair, managing director, and majority shareholder of Avi Sina Broadcasting Company in Iran, according to the most recently available Iranian corporate records. As of 2014, Khazein also chaired and was majority shareholder of two other Iran-based firms.

Until May 2020, Kiya Sadeghi owned 25 percent of Peyke Darya, an Iran-based freight forwarding and maritime services company, according to corporate records. As of 2017, he was on its board, records show.

His brother, Pouya Sadeghi, had a small share in Ira Razi, which “belongs to Iran’s Ministry of Intelligence,” according to Radio Farda, a U.S.-funded media outlet. Members of Ira Razi’s board are mainly current or former intelligence ministry personnel, Radio Farda reported.

“Iran’s attempt to kidnap a U.S. citizen on U.S. soil because she used her freedom of speech to criticize the Iranian government is unacceptable and an egregious violation of fundamental international norms,” said Secretary of State Antony Blinken, who added that the U.S. “remains aware” of an ongoing Iranian interest in targeting other Americans, including U.S. officials.