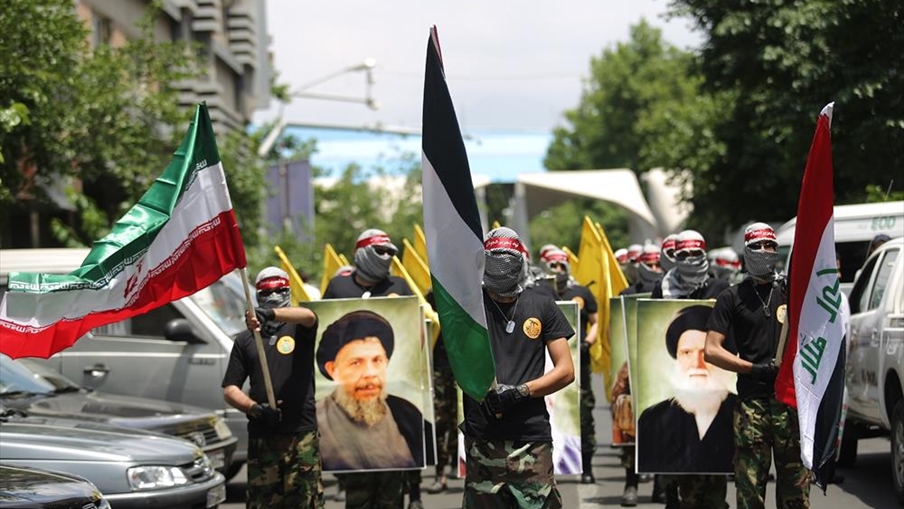 Iraqi militias backed by Iran blamed Israel and the U.S. on Sunday for a deadly drone attack that killed one fighter and seriously wounded another. The Iraqi militias are branching into areas beyond the battlefield as the U.S. imposes sanctions on the groups, their leaders and activities, Kharon found.

The latest attack comes on the heels of other strikes against Iranian-backed forces in Lebanon, Syria and Iraq over the last several days. Iraqi government leaders on Monday condemned the attacks, saying they are “hostile acts” against the country.

“These strikes won’t break us, they’ll make us stronger,” the militias’ Lt. Gen. Hussein Abed Muttar told The Associated Press at the funeral.

The Iraqi militias are a growing concern for Washington, which has imposed rounds of sanctions in recent months. “Iran must respect the sovereignty of the Iraqi government, and permit the disarming, demobilization and reintegration of undisciplined armed groups in Iraq,” Morgan Ortagus, a State Department spokeswoman, said June 12 to reporters.

Pro-Iran militias in Iraq are growing in economic and political power, and are attacking foreign entities on Iran’s behalf, according to a recent article in a counterterrorism journal published by West Point. Many of the militias are members of the Popular Mobilization Forces (PMF), an umbrella group of Iraqi militias that the Iraqi government is attempting to integrate into the Iraqi military.

The groups have maintained their independence even as the prime minister tried to deepen their integration into the Iraqi Armed Forces with a July decree. Despite the passing of the deadline, there is a long road ahead for the integration, according to media reports from early August.