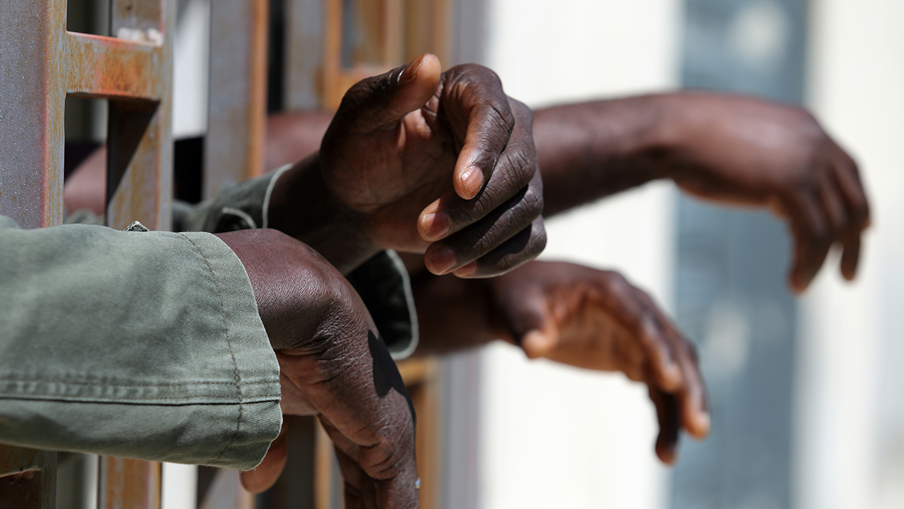 The de-facto manager of a detention center in Zawiyah, Libya was sanctioned this week by the United Nations, the U.S. and the U.K. for his role in human rights abuses against migrants.

Osama Al Kuni Ibrahim runs the al-Nasr Detention Center, and he has been described as a migrant-smuggling kingpin, according to the U.S. Treasury Department. Al Kuni is responsible for the systematic exploitation of African migrants at the detention center, where detainees are subject to killing, abuse or extortion, including through sexual violence, the Treasury said.

The detention center, which is adjacent to an oil complex, is still operating despite regular statements announcing its closure, a U.N. panel of experts said in a report published in March.

Migrants interviewed by the U.N. panel for a 2019 report said the detention center was a “primary hub for trafficking in western Libya” and that al Kuni, identified as “Osama” or “Osama Zawiyah,” was responsible for exploitation there.

Both the detention center and the oil complex are controlled by the al-Nasr brigade, which is commanded by Mohammed Kachlaf, who has been under U.N. sanctions since June 2018. Kachlaf works closely with his brothers and his cousins, one of which plays an essential role in moving and investing the revenue generated by the network, according to the U.N. panel.

The brigade, with a force of around 3,000 men, was “involved in a range of illicit activities,” the U.N. found in 2019. It was put in charge of the Zawiyah oil refinery in 2014 by the then-commander of the Petroleum Facilities Guards, the U.N. reported in 2018.

The refinery was “at the heart” of fuel trafficking activity, with several armed groups operating there, the U.N. said at the time. Kachlaf denied the allegations, as well as any relationship with fuel smuggling, saying the brigade’s role was limited to organizing the movement of trucks, according to the U.N. However, the al-Nasr brigade was “in the best position to exert control over the distribution of fuel from the refinery,” the U.N. report said.

Kachlaf’s network was also one of the most dominant in migrant smuggling, and he had extensive links to Abd al Rahmad Al-Milad, the head of a local coast guard unit, the U.N. said at the time both men were sanctioned. Al-Milad’s unit sank migrant boats using firearms, and he received protection from Kachlaf to carry out operations, the U.N. said then.

Al Kuni, sanctioned this week, had acted on behalf of Kachlaf and al-Milad, who are “intrinsically linked to the human trafficking actvities of the Zawiyah network,” according to the U.N.