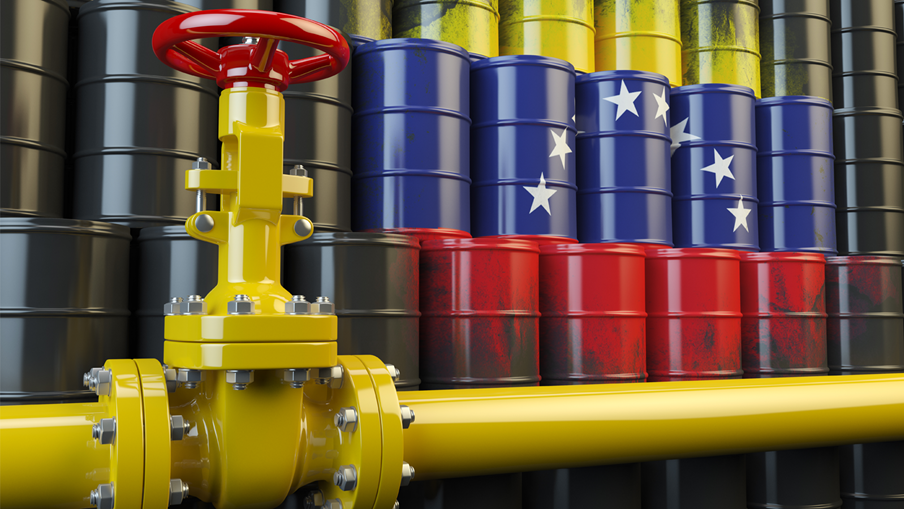 The U.S. Treasury Department on Tuesday sanctioned four companies, as well as tanker vessels owned by the firms, for engaging in maritime oil trade with Venezuela.

Exploiting Venezuela’s oil assets for Nicolas Maduro’s government is unacceptable, and those facilitating such activity risk losing access to the U.S. financial system, the Treasury said.

“The illegitimate Maduro regime has enlisted the help of maritime companies and their vessels to continue the exploitation of Venezuela’s natural resources for the regime’s profit,” said Treasury Secretary Steven T. Mnuchin.

The Athens Voyager, owned by Afranav Maritime Ltd, left a Venezuelan port in January for Singapore, where it made a port call in April. The Seahero, which is owned by Adamant Maritime Ltd, made one round trip between Singapore and Venezuela between January and April. And the Voyager 1, owned by Sanibel Shiptrade Ltd, made two trips between Venezuela and Togo between January and March, turning off its location transponder three times during the trips.

Turning off the location transponder may be an indicator of potential maritime sanctions evasion, according to U.S. advisories.

The Voyager 1 is operated by NGM Energy S.A., a Panama-registered entity that operates several other tankers that traveled between Venezuela and other jurisdictions since the start of 2020. Two of these tankers are the Perfect and the Lion King, which, according to Reuters, loaded Venezuelan crude as part of an oil-for-food contract between Mexican entity Libre Abordo, S.A. de C.V. and Maduro’s government.

Seacomber Ltd, which is registered in Malta but lists a Greek address, is owned by Hovenia S.A., a Saint Kitts and Nevis-based entity, according to Maltese records. Its vessel, the Chios I, hasn’t made any recent port calls in Venezuela, but it headed in the country’s direction and shut off its location transponder from Feb. 4 to March 10. The Chios I made a port call in Singapore on April 22, data shows. The vessel’s operator, Liberia-registered Dynacom Tankers Management Ltd, operates other tankers that have facilitated Venezuelan oil trade, Kharon reported in 2019.

“These companies are transporting oil that was effectively stolen from the Venezuelan people,” said Secretary of State Mike Pompeo.

Petroleos de Venezuela, S.A. (PdVSA), the Venezuelan state-owned oil company, was sanctioned in January 2019, and the U.S. has blocked its property, including vessels and aircraft. The U.S. has also repeatedly designated companies and vessels found engaging in the trade of Venezuelan oil. In April, the Treasury tightened its authorizations on large oil companies it had allowed to work there, ordering them to wind down operations by Dec. 1.

The U.S., however, didn’t stop the delivery of gas to the country by five sanctioned Iranian tankers that began last week, the final one of which had reached Venezuelan waters on Monday, according to TankerTrackers.com.

The fuel began arriving at Venezuelan gas stations on Saturday, as Maduro raised the price of gasoline in a country where it had been nearly free for decades. Chronic fuel shortages have led Venezuelans to convert their cars to operate on cooking gas, which safety experts say is dangerous and has led to at least one explosion, Reuters reported last week.

Two other tankers -- the Bering and the Bella -- halted deliveries of Iranian fuel to Venezuela after the U.S. threatened to sanction the shippers, according to a report last week by The Wall Street Journal. Liberia pulled the vessels’ accreditation after the U.S. contacted the government about the matter, WSJ reported. U.S. officials then warned the tankers’ owners, two Greece-based companies, that they would face U.S. sanctions and legal action if the vessels didn’t turn back, the report said. Tehran stands ready to send more fuel to Venezuela despite U.S. threats, a spokesman for the Iranian foreign ministry said Monday.

Maduro, whom the U.S. and more than 50 other countries don’t recognize as the country’s legitimate president, remains in control. He and several top Venezuelan officials were indicted in the U.S. with narco-terrorism; another official was charged last week. On Monday, the U.S. announced it would issue a USD 5 million reward for information leading to the arrest or conviction of Joselit de la Trinidad Ramirez Camacho, the Venezuelan superintendent of cryptocurrency who was charged with violating the sanctions imposed in 2017 on Maduro.