He was paid through a money laundering structure that hid the role of PdVSA, which is under U.S. sanctions, prosecutors say 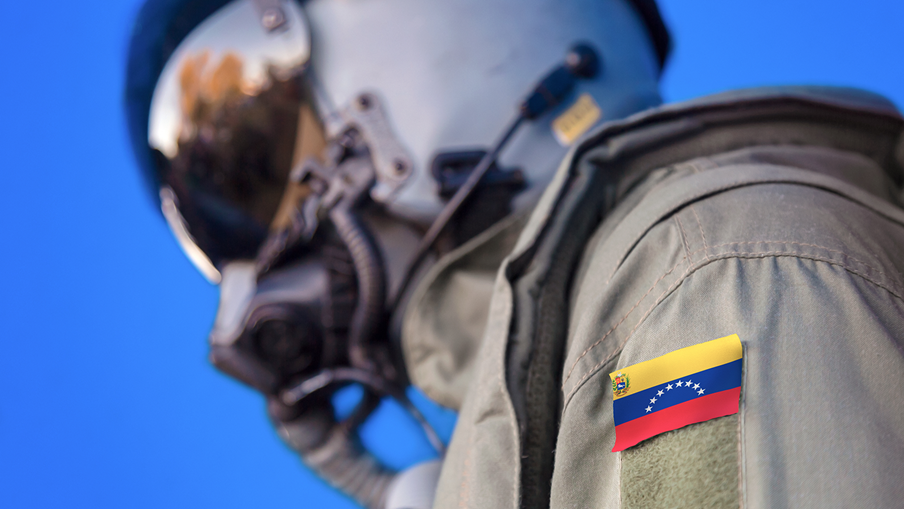 A Miami businessman was charged with violating U.S. sanctions and money laundering for servicing Venezuela’s Russian-made military aircraft, according to court records.

Jorge Nobrega was arrested Sunday, and denied bail following an arraignment on Wednesday, according to the court docket and media reports, which cited a judge saying he was a flight risk.

Nobrega and his company, Achabal Technologies Inc., received a contract to service a fleet of Russian Sukhoi Su-30 combat aircraft in a process he likened to “dialysis” during a conversation with a confidential informant, according to an affidavit filed in the case.

The repair involves injecting a polyurethane explosion suppressant foam (ESF) into the fuel tanks, a technique that obviates the need to remove the wings and send them back to Russia for relining, the affidavit said.

Nobrega and the company allegedly lied to suppliers about who would receive the ESF service and received money transfers from third parties as payment, according to the affidavit.

Venezuelan government agencies and bodies, including state-owned entities, are vulnerable to corruption, money laundering and other financial crimes, the U.S. Treasury Department said in a May 2019 advisory. Prosecutors in the U.S. have filed a blitz of cases in recent years involving alleged graft tied to Venezuela, but the case against Nobrega stands out from the others because it concerns dealings of the Venezuelan military, the Associated Press reported.

A U.S. State Department export license was required to perform the ESF service on Russian-made military aircraft, but Nobrega neither sought nor possessed one, according to the affidavit. Nobrega also never received a sanctions license from the U.S. Treasury Department, the affidavit said. Exports for Venezuelan military end use or military end users (MEU) fall under U.S. Commerce Department license restrictions in place since 2014.

Before offering a price quote, a U.S. company that sold ESF had asked Achabal about the planned use of its product, including the application, aircraft make and model, and the end user, according to the affidavit. An Achabal representative responded by saying the intended use was for commercial diesel and kerosene storage tanks, with Chevron Corp. as the end user.

Nobrega was in regular contact with members of the Venezuelan military regarding the ESF service, and he mentioned to the confidential informant that he’d met top Venezuelan officials, including Vladimir Padrino Lopez, the defense minister, according to the affidavit. (Padrino Lopez was sanctioned in 2018 and criminally charged in the U.S. last year.)

As early as August 2018, Nobrega discussed with the confidential informant the need to hide the origin of payment for the maintenance services, according to the affidavit; he opened a bank account in Portugal to receive payments. In November, he received a request from Venezuelan state-owned oil firm Petroleos de Venezuela, S.A. (PdVSA) for bank details, but Nobrega “minimized and then hid” PdVSA’s involvement in the payments after the U.S. sanctioned the company in January 2019, discussing the issue in recorded phone calls, the affidavit said.

During a February 2020 conversation, Nobrega and the confidential informant discussed “the importance of making sure there is no mention of PdVSA in any future paperwork shared with the Portuguese bank ... even though PdVSA would continue to be involved in payment to Nobrega for servicing Venezuela’s Su-30 combat aircrafts,” according to the affidavit.

Tipco Asphalt Public Company Limited, a Thai company, has acted as a PdVSA intermediary, handling its obligations and deducting the amounts it owed the oil firm, according to an October 2020 report by the Associated Press. In this case, Tipco handled millions in payments to Achabal in 2019, according to the affidavit. Tipco acted as an intermediary for payments to Achabal again in March 2020, the affidavit said, citing documents provided by the confidential informant.

More recently, Nobrega had floated plans to seek additional business for his ESF services in Malaysia and China, noting in the conversation that he’d need a license because it would involve a military application. During the discussion, Nobrega said he’d worked on 13 aircraft for Venezuela and implied he was contractually obligated to service more, but he didn’t want to go to jail; Nobrega said he still is owed money for the Venezuela work, the affidavit said.