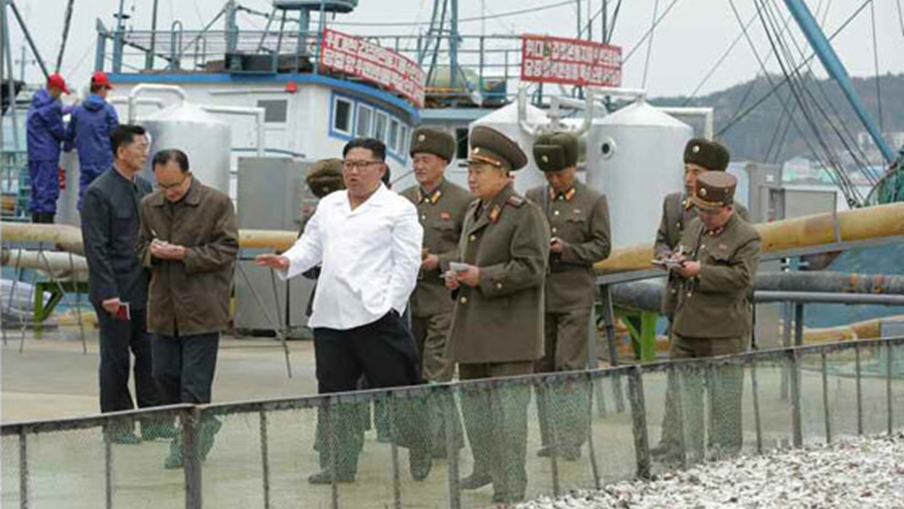 North Korea continues to promote its seafood industry despite United Nations sanctions prohibiting the country from doing so.

Maritime sanctions evasion by North Korea has become increasingly sophisticated, the U.N. found earlier this year, and Kharon reported earlier this month about one of its principal methods.

Fishing vessels are exempt from having a unique identifying International Maritime Organization (IMO) number, and the international community lacks a record that offers full coverage of operating fishing vessels, making it difficult to efficiently track their ownership, name and flag registration.

Global Fishing Watch says it relies on a fishing detection algorithm, based on changes in vessel speed and direction, as well as vessel Automatic Information System (AIS) location data, to make its findings. The organization cautions that its determinations of apparent fishing activity “should be considered an estimate,” in part because of potentially incomplete information.

The voyage by Liaodanyu 26096 from Dandong to North Korean waters suggests that Pyongyang may continue to sell its fishing rights to Chinese companies, activity highlighted earlier this year by the U.N.

Other vessels with ties to Dandong, where North Korean seafood is sold in markets, shows similar activity. The 25802, another China-flagged fishing vessel, conducted apparent fishing activity in North Korean waters in October 2019. There are two fishing vessels that have the same Maritime Mobile Service Identity (MMSI) as the 25802, which are the Liaodanyu 25588 and the Liaodanyu 2547, according to maritime data. The vessels share the name “Liaodanyu” because it refers to the location of their registration — Dandong, Liaoning Province, China.

MMSIs are nine-digit numbers used to identify a vessel, but they differ from an IMO in that a ship’s MMSI can change whereas an IMO number lasts for the life of the vessel. MMSIs also serve as a phone number to contact the vessel.

Uruguay-flagged vessel %RB was seen conducting an apparent fishing activity within North Koreans waters on Oct. 2, according to Global Fishing Watch. The %RB then made a port call in Shidao, China, on Oct. 4, according to maritime data.

Shidao is the largest fishing port in northern China, but according to a report from the Standing Committee of the National People's Congress of China, the Bohai Sea, where the Shidao port sits, is running out of large fish due to overfishing and pollution.