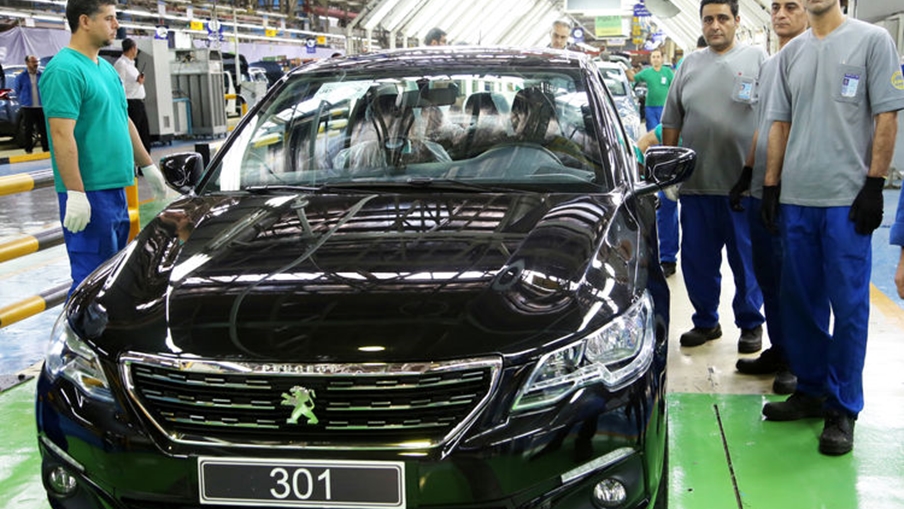 This report was updated with additional news regarding the chief executive of Iran Khodro.

Iran Khodro, one of Iran’s largest automobile manufacturers, last month kicked off test production of the Peugeot 301, more than a year after PSA Group, the French maker of the Peugeot, exited Iran, citing the reimposition of U.S. sanctions.

The launch came amid troubles for Iran’s auto sector, the country’s second largest industry after oil and gas: It makes up 10 percent of the country’s gross domestic product and roughly 4 percent of its workforce. It also comes as the U.S. continues to ramp up pressure on Tehran, including through sanctions that restrict supplies critical to auto production.

Senior energy official Abbas Ali-Abadi was initially reported last Monday as the new chief executive of Iran Khodro, hours after Hashem Yekke Zareh was removed from his post due to “his uncoordinated decision to increase prices,” according to Iranian state media. Yekke Zareh is also the chair of Parsian Bank, according to the bank’s website and corporate records. Parsian Bank was part of a network providing financial support to the Basij Resistance Force, a paramilitary force subordinate to the Islamic Revolutionary Guard Corps, the U.S. Treasury said in October 2018. Yekke Zareh was arrested at his office hours after being fired.

Eight other Iran Khodro and SAIPA managers were arrested in the past few days as well. SAIPA is another Iranian auto manufacturing conglomerate with overseas factories, including one in Syria. Abbas Ali-Abadi headed MAPNA Group, a large energy engineering conglomerate, before the initial report of his appointment at Iran Khodro. Iranian media reported that he does not have experience in the auto sector.

However, Iran Khodro announced this Monday that Farshad Moghimi, a former deputy minister in Iran’s Ministry of Industry, Mine and Trade, is Yekke Zareh’s official successor as CEO. Moghimi, who was unanimously appointed by Iran Khodro’s board of directors as the company’s youngest CEO, previously served on the executive board of Industrial Development and Renovation Organization of Iran (IDRO) as recently as February 2019, according to Iranian corporate records. IDRO, which was originally sanctioned by the U.S. Treasury in August 2010 for being owned or controlled by the government of Iran, holds a minority stake in Iran Khodro.

Moghimi previously held positions at Iran-based institutions, including one affiliated with Iran’s Ministry of Industry, Mine and Trade, according to the Iran Khodro press release. Abbas Ali-Abadi did not accept his appointment at Iran Khodro, according to some reports in Iranian media. Other reporting says no official reason was announced.