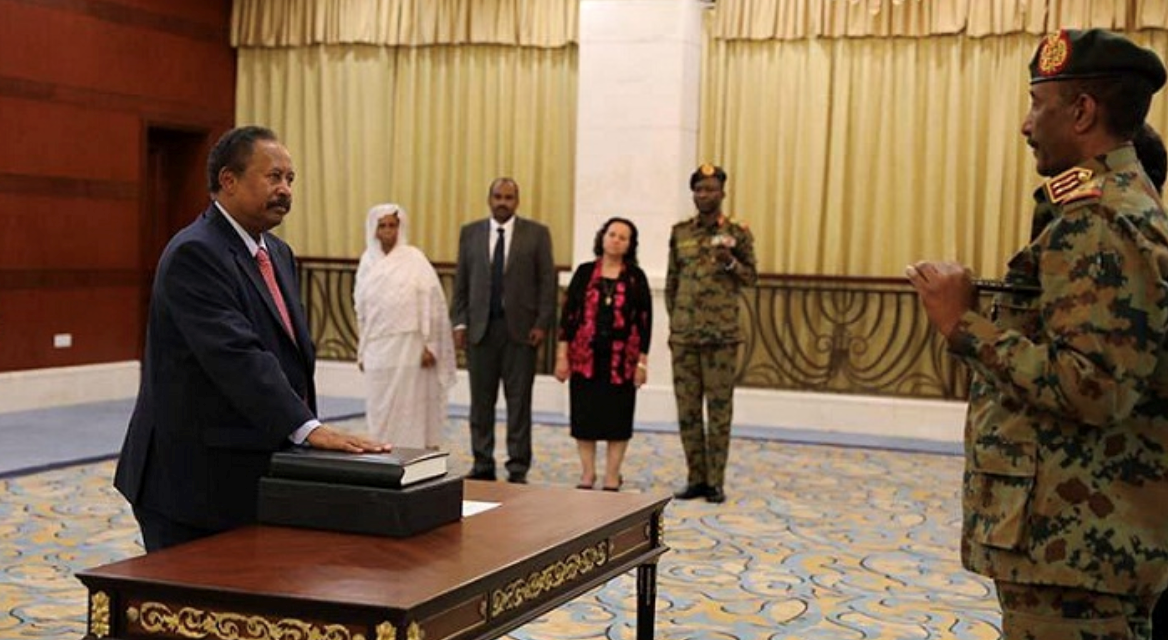 The U.S. State Department is under renewed international pressure to remove Sudan from its list of state sponsors of terrorism as the country transitions to civilian leadership.

Sudan was added to the list in 1993 after then-dictator Omar al-Bashir harbored terrorist organizations hostile to the U.S., including al-Qaida. Its delisting prospects gained momentum after the military overthrew al-Bashir in April amid massive protests; his ouster was followed by a period of military junta rule that eventually gave way to a deal in August to transition to civilian-led government.

Under the agreement, a newly formed Sovereign Council acts as Sudan’s head of state until new elections take place in three years. The sovereign council is composed of both military and civilian members. The government is led by Prime Minister Abdallah Hamdok, an economist who filled his cabinet with 14 civilian members.

The International Criminal Court (ICC) issued arrest warrants against al-Bashir in March 2009 and July 2010; however, Sudan’s Transitional Military Council said in April that it would not hand over the former leader to the ICC, and it would instead conduct his trial in Sudan.

Hamdok confirmed his country’s participation in the effort seeking the delisting and said “a democratic Sudan is not a threat to anybody” with al-Bashir out of power. Hamdok told France 24 this week that the state sponsor of terrorism listing is blocking foreign financial aid and debt renegotiation.

The United Nations Secretary General and several countries, including France, Egypt and Qatar, have backed Sudan in its delisting campaign. French President Emmanuel Macron said Monday that Paris would host a conference with Sudan’s international creditors once the U.S. lifted the state sponsor of terror designation. Iran, Syria and North Korea make up the rest of the U.S. state sponsors of terrorism list.

David Hale, the U.S. under secretary of state for political affairs, said in August that the U.S. has to resolve longstanding issues with Sudan, including human rights, religious freedom and counter-terrorism issues, before removing the country from the list.

The U.S. Treasury Department had a sanctions program on Sudan, but much of it was revoked by a January 2017 executive order that was amended in July 2017 and went into effect Oct. 12, 2017. The Sudanese Sanctions Regulations (SSR) were formally removed in June 2018. Sanctions do remain, however, on Sudanese military firms and officials engaging in human rights violations in Darfur.

Instability persists despite the democratic transition. Sudan on Sept. 26 ordered the closure of the country’s borders with Libya and the Central African Republic over unspecified security threats and economic “dangers,” according to Voice of America. Residents this week told al-Jazeera that little has changed in the country.

Since al-Bashir was ousted, military and paramilitary forces have wielded outsized power in the country, including Mohamed Hamdan Dagalo, a member of Sudan’s Sovereign Council. Dagalo, also known as Hemeti, is a paramilitary leader who was a close ally of al-Bashir, until protests escalated in December of last year. His loyalty then turned towards the demonstrators, and he led the military council that ruled the country after al-Bashir was ousted. Dagalo has also led militias that engaged in looting and killing in Darfur, and in other areas of the country.