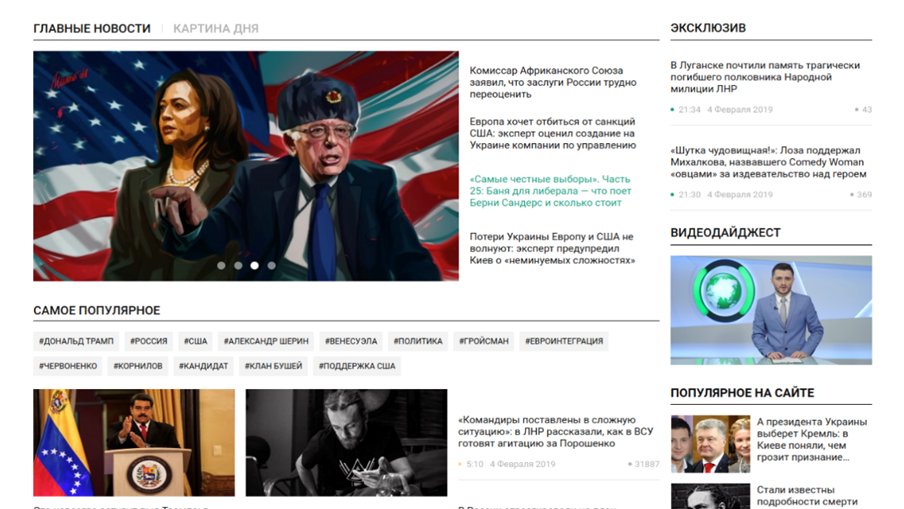 The Federal News Agency, sanctioned as part of Russia’s Project Lakhta media influence operation, garners 18 million visitors a month, 20.5 percent of which comes from outside the Russian Federation. (image via Federal News Agency’s homepage on February 4, 2019)

“There are five times fewer beggars in Caracas than in Kiev,” is just one of many sensational headlines pushed recently by the Russian media outlet Federal News Agency. In a nod to Soviet propaganda of bygone years, the website claims that Venezuelan shops are full of goods, contrary to news broadcast by “fake news channels” of the West.

The article, which blends criticisms of Ukraine with support for Venezuela’s ruling authorities, neatly follows Russia’s foreign policy. The millions of readers turning to the Federal News Agency every month are exposed to a steady stream of such stories, including ones warning that the “crack in the EU will remain,” and that the US is attempting “to carry out a coup d’etat in Venezuela” and might remain Syria’s “main occupier.”