The bank has scooped up troubled lenders in recent years 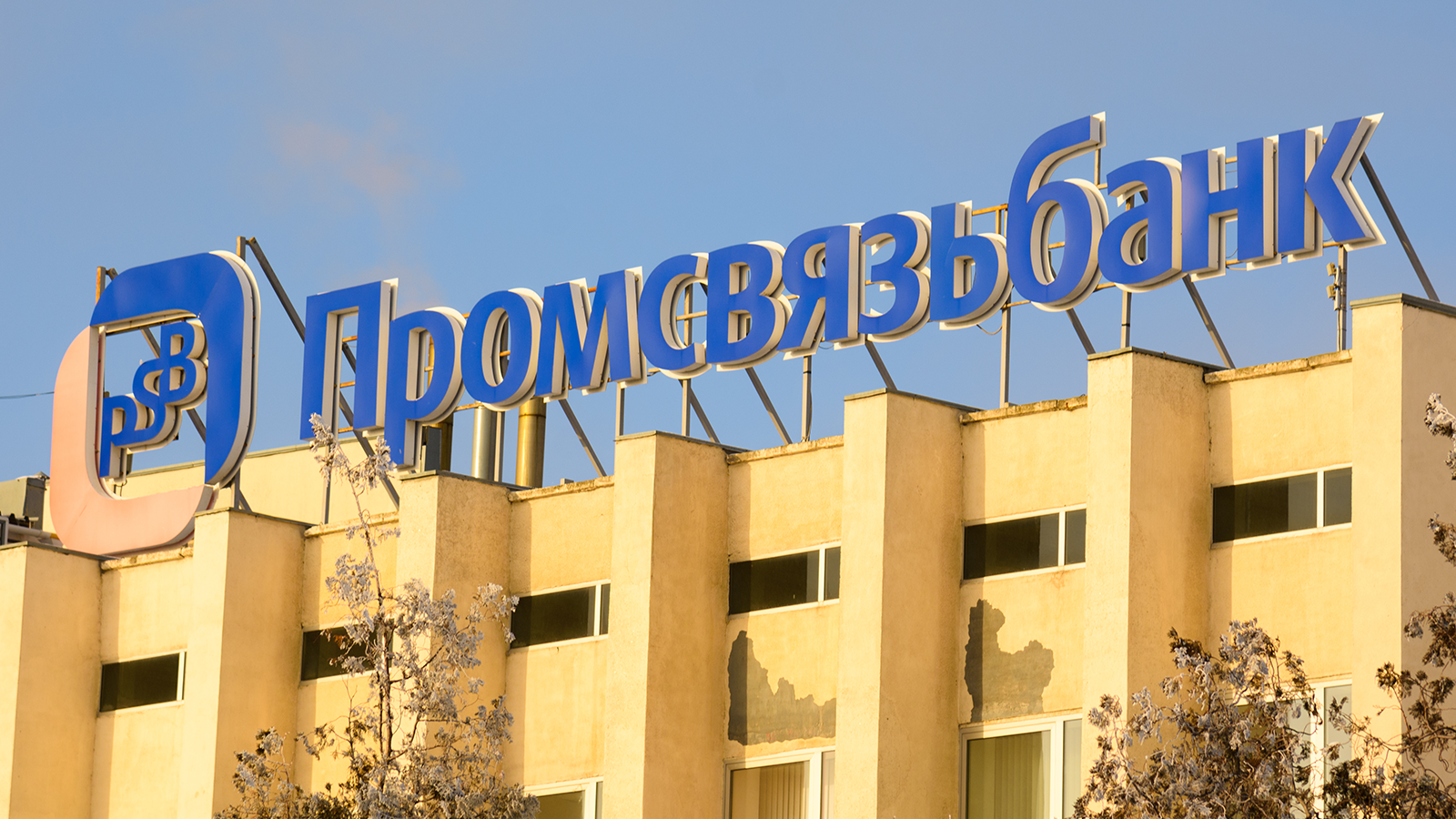 Promsvyazbank Public Joint Stock Company (PSB), which ​​was chosen by the Russian government in 2018 to service the country’s defense sector, was sanctioned Tuesday by the U.S. and U.K. The European Union sanctioned the bank on Wednesday.

In addition to the bank itself, the U.S. sanctioned Petr Mikhailovich Fradkov, the chairman and chief executive of PSB, and 17 of the bank’s subsidiaries. Five vessels owned by PSB Lizing OOO, one of the subsidiaries, were identified by the U.S. as blocked property.

PSB had acquired a series of troubled lenders as part of a business strategy to better serve the country’s military-industrial complex, Kharon reported in June 2021.

The sanctions followed Putin’s decision this week to recognize two separatist regions of Ukraine in Donetsk and Luhansk as independent republics, and to send troops into the neighboring country. The republics had declared independence from Ukraine in 2014 and fought a war for eight years.

“This is the beginning of a Russian invasion of Ukraine,” President Joe Biden said Tuesday. “If Russia goes further with this invasion, we stand prepared to go further … with sanctions.”

The administration referred to the sanctions as the “first tranche” of costs on Russia. The designations also follow an executive order signed by Biden that prohibits new investment in the Donetsk and Luhansk People’s Republics (DNR and LNR); bars import of any goods produced in the regions; and exports any U.S. goods to the regions, according to a fact sheet. The order authorizes sanctions on anyone operating in the DNR or LNR, as well as on any officials of those regions or their supporters. A series of licenses authorize wind-down activity.

Since the bank was nationalized, PSB has issued billions of dollars in support for Russian defense companies and it serves nearly 70 percent of contracts signed by the Russian Ministry of Defense, according to the U.S. Treasury Department. The bank also provides banking products to military personnel, and the Russian government has tasked it with providing credit to entities under sanctions in a bid to insulate itself from restrictive measures, the Treasury said. The effort helps other Russian lenders offload their sanctions risks, according to the Treasury.

Sanctions were expected and they will not have a significant effect on the bank’s activities, PSB said in a statement posted to its website. “The bank is operating normally and continuing its activities in all areas,” the statement said.

Fradkov, the bank’s chairman and CEO, has held working meetings with Putin, the Treasury said. His father, Mikhail Efimovich Fradkov, is a former Russian prime minister and former director of the Russian Foreign Intelligence Service (SVR), according to the Treasury.

In addition to PSB, the U.S. sanctioned Corporation Bank for Development and Foreign Economic Affairs Vnesheconombank (VEB), which the Treasury said is “crucial” to the government’s ability to raise funds, and more than two dozen of its subsidiaries.

VEB has a USD 53 billion asset portfolio and occupies a unique position in the Russian financial system as the servicer of the country’s sovereign debt, financier of its exports and a funding source for investment projects, according to the Treasury. The bank finances Russian economic development, including large-scale infrastructure projects, the Treasury said.

The sanctioned VEB subsidiaries represent a wide range of businesses, including banks and other financial firms, electronic component producers, a coal miner, a sports company and others, according to the Treasury.

The U.K., for its part, also sanctioned Bank Rossiya, Black Sea Bank for Development and Reconstruction, IS Bank and Genbank, all of which were previously designated by the U.S. London also designated Boris and Igor Rotenberg, two long-standing associates of Putin, and Gennady Timchenko, one of Russia’s wealthiest businessmen. All three men were sanctioned by the U.S. years ago.

The U.S. also sanctioned two other family members of the Russian elite, the Treasury said, noting generally that oligarchs have used their relatives to move assets and conceal wealth.

Denis Aleksandrovich Bortnikov, deputy president and chairman of Russian-state owned financial institution VTB Bank Public Joint Stock Company, is the son of FSB Director Aleksandr Vasilievich Bortnikov, the Treasury said. Vladimir Sergeevich Kiriyenko, the CEO of VK Group, the parent company of social media network VKontakte, is the son of First Deputy Chief of Staff of the Presidential Office Sergei Vladilenovich Kiriyenko, according to the Treasury. Both fathers, who were previously sanctioned, were re-designated under the new authorities.

And the U.S. restricted dealings within Russia’s sovereign debt, cutting the country off from key sources of revenue to fund the government or Putin’s priorities, the Treasury said. The U.K. said it will soon introduce legislation that, too, would cut Russian debt from U.K. markets.

The U.S. issued Directive 1A, which will extend existing sovereign debt restrictions to cover participation in the secondary market for bonds issued after March 1 by the Russian central bank, its national wealth fund or the finance ministry, the Treasury said.