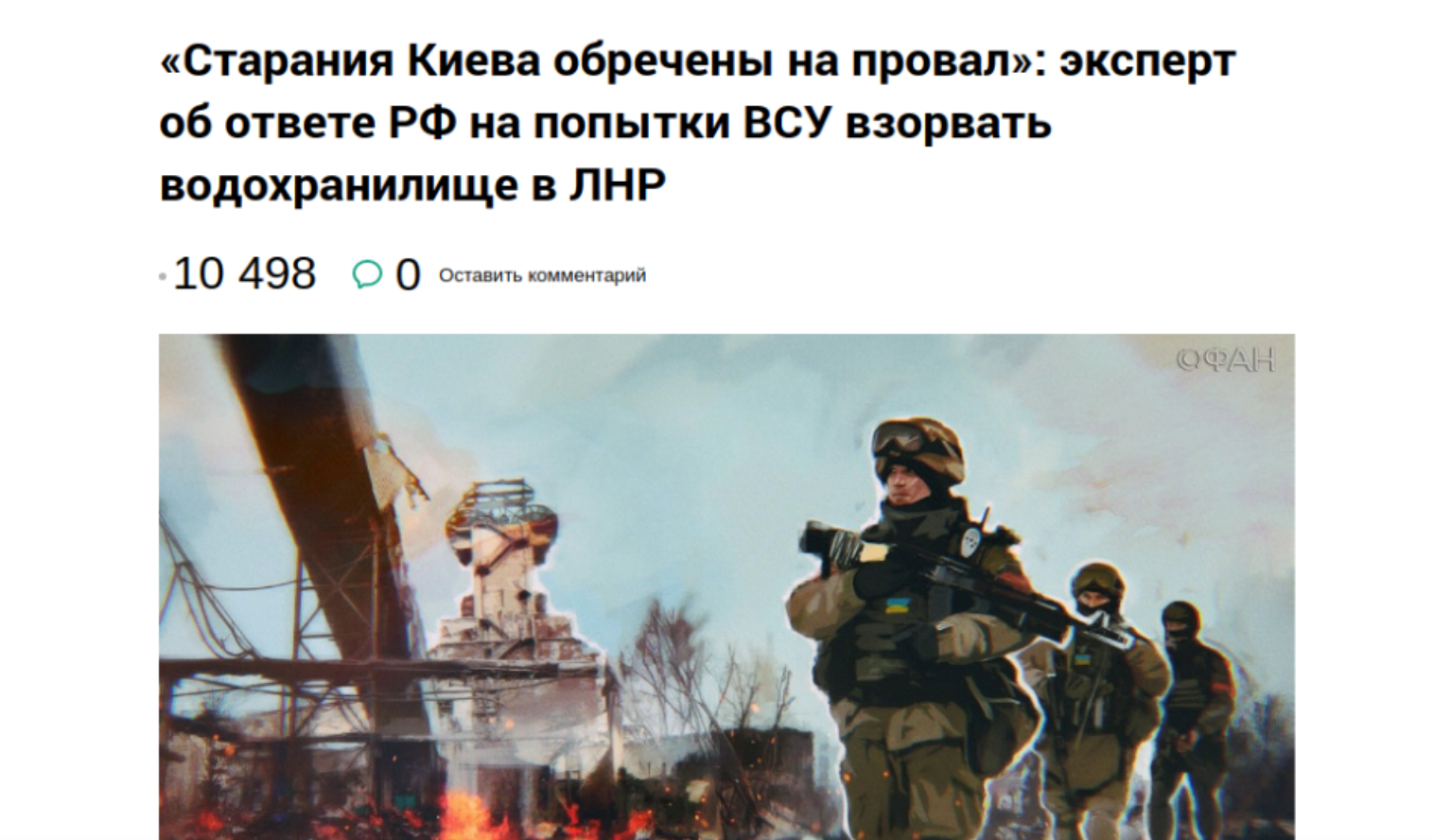 The Federal News Agency’s coverage of world news focuses on topics that support Russian foreign policy. One example is this January 2019 article on the conflict in eastern Ukraine titled “Kiev’s Efforts Are Doomed to Fail.”

The Federal News Agency has gained notoriety as one of the outlets used by Project Lakhta, a Russian influence operation described by the US as “information warfare” aiming to interfere in political processes in the US, EU, and Ukraine.

In December 2018, the US Department of the Treasury noted that “since 2014, Project Lakhta concealed its activities by operating through several entities to include the IRA [Internet Research Agency], Nevskiy News LLC, Economy Today LLC, and the Federal News Agency,” which are all subject to US sanctions.

According to media reporting, the Federal News Agency has acted as a successor to the Internet Research Agency, a troll farm closed in the wake of the November 2016 US elections. The Federal News Agency’s coverage of global news focuses on separatist-controlled eastern Ukraine and Syria, as well as US politics.