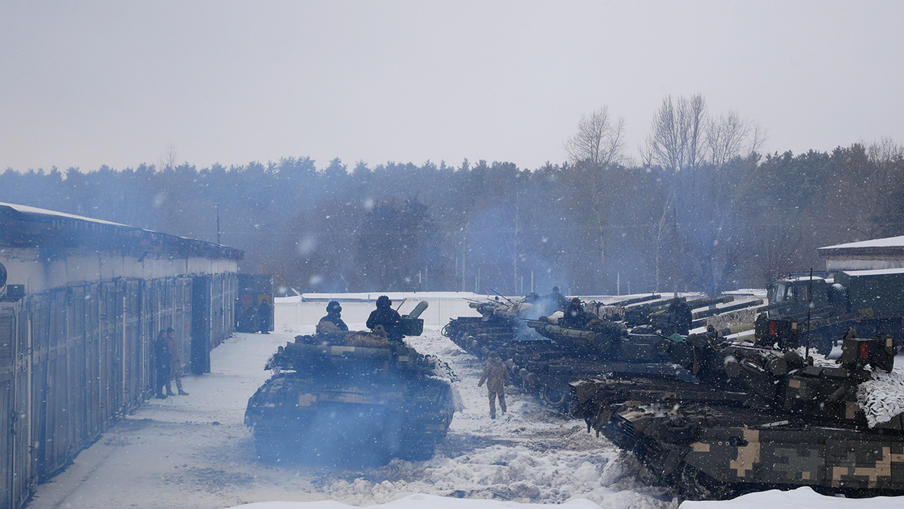 Sanctions previewed over the weekend due to Russia’s full-scale invasion of Ukraine led to a crash on Monday, with the plummeting of the ruble, the closure of the Russian stock market and, according to media reports, long lines at banks as residents seek emergency funds.

As the Russian invasion of Ukraine continues, the Western response has stiffened. Late Friday, the U.S., U.K., and the European Union sanctioned Russian President Vladmir Putin and Foreign Minister Sergei Lavrov, saying they were directly responsible for the war.

Western allies issued a joint statement on Saturday saying they would implement restrictive measures to prevent the Russian central bank from accessing its international reserves, and vowed to ensure “selected Russian banks” were removed from a European interbank payment messaging system known as Swift. Millions of payments move across the Swift network daily. The action would disconnect the banks from the international financial system and harm their operations, the statement said. Putin on Monday called the united effort an “empire of lies.”

Later on Monday, the U.S., Canada, and the EU each announced bans on transactions with the Russian central bank. Senior Biden administration officials told reporters on Monday the action was taken with Germany, France, the U.K., Italy, Japan, Canada, the EU and others after months of planning and preparation across technical, diplomatic and political channels. Switzerland, long known as a neutral party, said it would adopt EU sanctions on Russia.

“It takes trust and solidarity to sanction the central bank of a one and a half trillion-dollar economy, multiples larger than Iran’s or Venezuela’s. We built that trust and solidarity over time in dozens of phone calls, meetings, and video conferences since November,” U.S. officials said.

Ahead of the sanctions, the Russian central bank doubled interest rates and introduced capital controls, according to media reports. The Russian stock market was closed and brokers were banned from selling foreign-held securities. Russians on Monday lined up at cash machines to withdraw foreign currencies, including U.S. dollars, amid fears the ruble could collapse.

The U.S. on Monday also sanctioned the Russian Direct Investment Fund (RDIF), its management company, their chief executive officer and a subsidiary. RDIF’s purpose at its establishment was to develop relationships with international investors for direct investment in Russia, the Treasury said. Jen Psaki, the White House spokeswoman, tweeted late Friday that the U.S. was planning to designate the fund.

Canada listed the RDIF and the CEO last week. “Canada and its allies continue to take concerted action to ensure that Russia’s invasion of Ukraine will be a strategic failure,” Chrystia Freeland, deputy prime minister and minister of finance, said on Monday in a statement.

Officially a sovereign wealth fund, the RDIF is “widely considered a slush fund” for Putin and is emblematic of the country’s broader kleptocracy, according to the Treasury. The RDIF was also a key investor in the Russian COVID-19 vaccine effort. The fund said it will respond to U.S. sanctions by using any means available, including by taking the matter to court, Russia’s TASS reported.

Kirill Aleksandrovich Dmitriev, a close Putin ally and the head of both RDIF and its management company, is an alumnus of American universities and has links to U.S. consulting and financial services firms, the Treasury said. He has leveraged his ties to serve as a representative of the Russian leader to American institutions, according to the Treasury. Dmitriev and his wife are believed to be close to one of Putin’s daughters, Katerina Tikhonova, and her former husband, billionaire Kirill Shamalov, who was sanctioned by the U.S. in April 2018, the Treasury said.

“The unprecedented action we are taking today will significantly limit Russia’s ability to use assets to finance its destabilizing activities, and target the funds Putin and his inner circle depend on to enable his invasion of Ukraine,” said Treasury Secretary Janet L. Yellen.