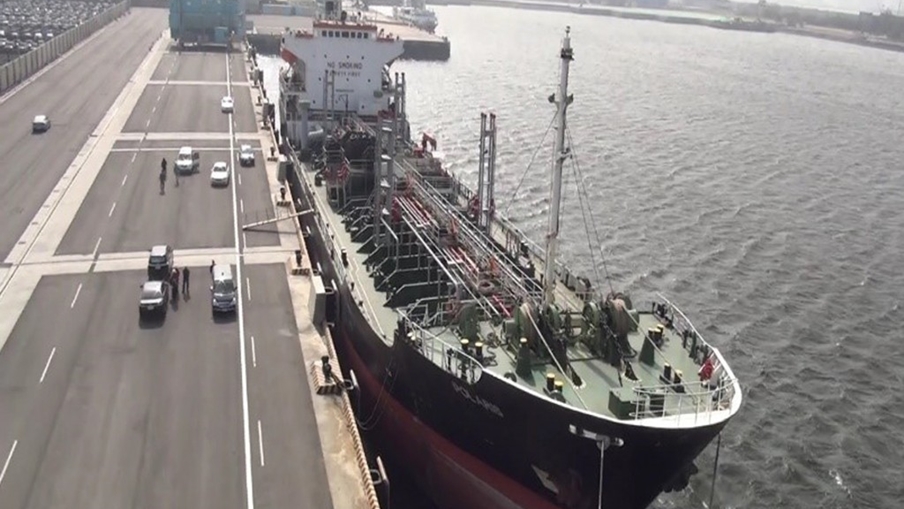 Six people were indicted in Taiwan for allegedly forging customs documents that allowed them to use a vessel to illicitly divert oil through ship-to-ship transfers to undeclared buyers, local prosecutors said.

The six defendants are owners or employees of various petrochemical or shipping companies in Taiwan and Hong Kong, or crew of the vessel Polaris. The names of the defendants and their companies were partially redacted in the prosecutor’s statement, but Kharon identified their names after reviewing corporate and shipping records, as well as local Taiwanese media reporting.

They schemed, with an unindicted co-conspirator, to conduct the ship-to-ship transfers by using the vessel Polaris to carry oil from Taichung Port to the East China Sea, where Polaris would transfer the oil to various smuggling ships, prosecutors said. The prosecutors called the co-conspirator  “Xie Jiaqing,” though they were unsure of his true identity. He introduced the defendants to the buyers of the oil, prosecutors said.

The Polaris’ captain, Nyein Aung, and a customs broker, Lin Pao-chu, took turns forging customs declarations at least 21 times to falsely label the oil’s destination as either Hong Kong or Ishigaki, Japan, prosecutors said. Huang Jianwei, who was also involved with the Polaris, was also charged, though prosecutors did not specify his role in the scheme.

The three other defendants, Chiu Yung-tung, Tsai Shang Lin and Hsu Wen Po, supported the scheme, according to prosecutors.

Among the vessels that received oil from the Polaris, prosecutors say, were the North Korea-flagged Myong Ryu 1 and Sam Jong 2 on May 24, 2018. The Sam Jong 2 is sanctioned by the United Nations, U.S. and European Union. Ship-to-ship transfers have been a focus of U.N. sanctions monitors and U.S. investigators; the U.S. in late August designated the vessel Shang Yuan Bao, and its Taiwan- and Hong Kong-based collaborators.

The Shang Yuan Bao also conducted a ship-to-ship transfer in June 2018 with the Myong Ryu 1, the U.S. Treasury Department said at the time.