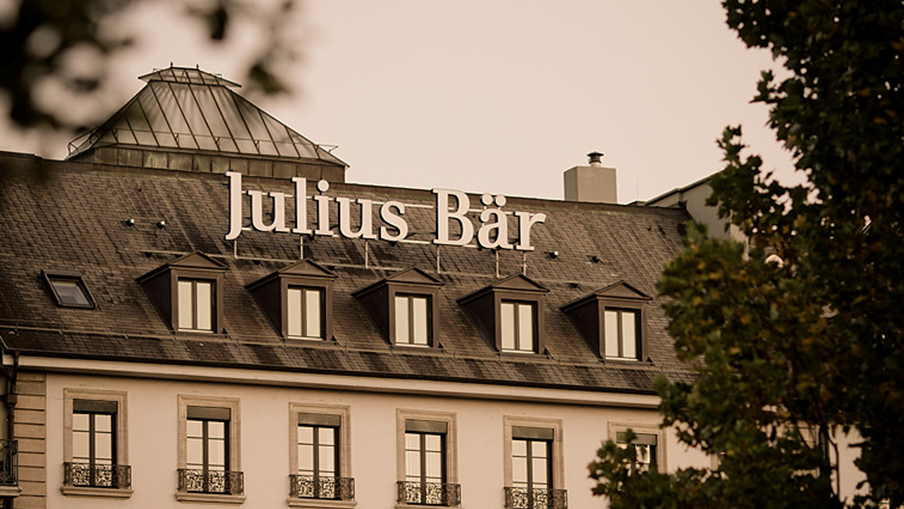 Swiss bank Julius Baer “fell significantly short” in combating money laundering over the course of nearly a decade, including in its dealings with the global governing body of soccer and a sanctioned Venezuelan state-owned oil company, according to Switzerland’s financial regulator.

As a result, the bank is barred from conducting large and complex acquisitions until it complies with Swiss law, Switzerland’s Financial Market Supervisory Authority (Finma) said last week. Finma also said it will appoint an independent auditor to monitor implementation.

“Julius Baer was in breach of obligations to combat money laundering and its duty to put in place an appropriate risk management policy, representing a serious infringement of financial market law,” Finma said, adding that it “arrived at its conclusion based on the sheer number of failings.”

Finma Chief Executive Mark Branson said in an interview published Wednesday in a Swiss-German language daily newspaper that the regulator will begin investigating individuals at the bank, but he declined to provide a time-frame for the probe or specify who would be investigated, according to a Reuters report. The bank declined to comment, Reuters reported.

At Julius Baer, almost all of the 70 business relationships and the vast majority of more than 150 sample transactions, selected on a risk basis, showed irregularities, Finma said. The incidents occurred from 2009 to early 2018, according to Finma, which added that it also “uncovered systematic failures in risk management.” Julius Baer didn’t do enough to determine the identities of clients or establish the purpose or background of its business relationships, Finma said. Information contained in the bank’s know-your-customer (KYC) records was “incomplete or ambiguous for the vast majority of the individual relationships,” according to Finma.

The bank didn’t properly monitor or sufficiently query transactions during a period in which Julius Baer was presumably seeing clear signs of money laundering activity, Finma said, citing an unnamed Venezuelan client that carried out a CHF 70 million transaction in 2014 despite the bank’s knowledge of a corruption accusation, as well as a 2017 pass-through transaction of several million U.S. dollars involving the same client that wasn’t fully investigated. Though Finma said the identified offenses were not confined to a single adviser, individual bankers involved in the bank’s relationships with FIFA and PdVSA each have pleaded guilty in the U.S. to money laundering-related charges.

Julius Baer said in a statement last week that it “acknowledges in principle” the conclusions made by Finma. The bank cooperated extensively and took comprehensive operational, organizational and personnel measures during the course of the investigation, it said.

“Julius Baer has invested substantially over the past few years in strengthening our compliance and risk management processes to make them fit for the challenges of the future and, as part of our new strategy, we will continue to invest forcefully in these areas,” said board chairman Romeo Lacher. “We are fully confident that the measures we have taken have already had a positive lasting impact.”

The bank won’t pay out bonuses to a dozen employees responsible for the compliance deficiencies, according to a report cited by Finews.com, a Swiss financial news site.

Earlier this month, Julius Baer had said in supporting material for its 2019 annual report that it was cooperating with authorities in the U.S. and Switzerland that had inquired about the FIFA and PdVSA matters. (PdVSA was sanctioned by the U.S. Treasury Department in January 2019, which also has flagged corruption at the company in advisories to financial institutions. And the Treasury has designated multiple vessels and companies for carrying on Venezuelan oil trade, including a Swiss-based subsidiary of Russian energy giant Rosneft.)

Though Finma didn’t provide much detail in its statement on its investigation in the FIFA matter, former managing director Jorge Luis Arzuaga pleaded guilty in the U.S. in 2017 to a money laundering charge connected to an investigation into the distribution and receipt of bribes by soccer officials. Arzuaga is scheduled to be sentenced in May 2020, according to court records.

Julius Baer decided in 2016 that it would conduct an internal review of the PdVSA case, but that was delayed by almost 17 months, Finma noted. When Finma questioned the bank over the extent of its business relationships with connections to PdVSA, the responses were incomplete, itself a breach of duty to provide information to the supervisory authority, the regulator said.

It took until 2018 for Julius Baer to put in place operating and human resources measures with respect to its Venezuelan business relationships, according to Finma.

Matthias Krull, a former managing director and vice chairman for Julius Baer in Panama, pleaded guilty in the U.S. and was sentenced in October 2018 to 10 years in prison, for his role in a billion-dollar scheme to launder funds embezzled from PdVSA. Krull was listed as a manager and a director at four companies in Panama, according to corporate records. He also is a manager of Miami Beach, Fla.-based Taluma Investments LLC, Florida records show.

Krull is expected to report to prison in May, according to court records in his case.

Julius Baer said last week that the effectiveness of its function has significantly improved due in part to a 40 percent increase in headcount in recent years, as well as the enhancement of its documentation standards for client data and relationships. The bank’s Latin America region has been under new leadership since December 2017, and the region’s strategy has been completely overhauled, including by closing its local business in Panama and Venezuela, the bank said.