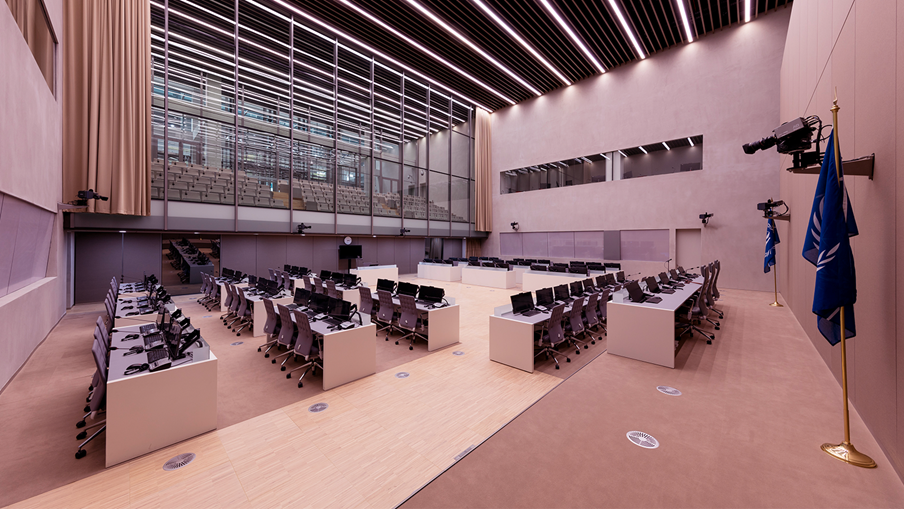 This report has been updated with responses from the International Criminal Court and additional research by Kharon.

The order follows a decision by the ICC this spring to move forward with an investigation into alleged war crimes by U.S.-led forces in Afghanistan. Created in 2002, the ICC is based in The Hague, Netherlands, where it probes cases of genocide, war crimes, crimes against humanity and the crime of aggression. The U.S., however, is not a party to the ICC’s Rome Statute; the Trump administration has vehemently opposed the probe and repeatedly condemned the court.

“The [ICC’s] actions are an attack on the rights of the American people and threaten to infringe upon our national sovereignty,” said White House Press Secretary Kayleigh McEnany. “The [ICC] was established to provide accountability for war crimes, but in practice it has been an unaccountable and ineffective international bureaucracy that targets and threatens United States personnel as well as personnel of our allies and partners.”

Late Thursday, the ICC issued a statement expressing “profound regret” about the U.S. announcement, calling it “the latest in a series of unprecedented attacks” on the court.

“The ICC stands firmly by its staff and officials and remains unwavering in its commitment to discharging, independently and impartially, the mandate bestowed upon it by the Rome Statute and the States that are party to it,” the statement said. “An attack on the ICC also represents an attack against the interests of victims of atrocity crimes, for many of whom the Court represents the last hope for justice.”

O-Gon Kwon, president of the Assembly of States Parties, the management oversight and legislative body of the ICC, said late Thursday in a separate statement that he will convene a meeting next week to consider how to renew the body’s unwavering commitment to the court.

Under the executive order, the U.S. can impose sanctions on ICC officials who investigate or prosecute U.S. personnel without U.S. consent. It also expands an existing U.S. visa ban on ICC officials to include their family members. The order also authorizes sanctions against ICC personnel investigating U.S. allies without consent from those country’s governments.

The U.S. did not immediately designate anyone under the order; Secretary of State Mike Pompeo said Thursday during a statement to the media that the U.S. will impose sanctions on “on a case-by-case basis against specific individuals or entities.”

The move against the ICC was coordinated with Israel, sources told Haaretz, an Israeli newspaper, and Axios, a U.S.-based online news outlet. It was discussed in a meeting last month between Pompeo and Israeli Prime Minister Benjamin Netanyahu, Haaretz reported.

Fatou Bensouda, the chief ICC prosecutor, requested authorization in November 2017 to initiate an investigation into alleged war crimes and crimes against humanity during the ongoing conflict in Afghanistan. The probe was rejected in April 2019, but the decision was reversed in March 2020. Pompeo condemned the reversal at the time, having restricted the visas of ICC staff in 2019. Bensouda was able to address the United Nations in May that year under a visa for work at the U.N., however, according to media reports.

On Thursday, Pompeo called the ICC a “kangaroo court” and said it was engaged in an “ideological crusade” against U.S. soldiers. “The ICC cannot subject Americans to arrest, prosecution and jail,” Pompeo said. “We hold our own accountable better than the ICC has done for the worst perpetrators of mass criminal atrocities.”

Attorney General William Barr also announced Thursday that the U.S. Justice Department was investigating alleged financial corruption in the office of the ICC prosecutor “going back many years about multiple matters,” without specifying further. The U.S. had “received substantial, credible information,” Barr said, vowing to hold people accountable for “any wrongdoing that we may find.”

The ICC was established under the Rome Statute, an international agreement first circulated in 1998. The U.S. signed the statute in the waning days of the Clinton administration, but the Bush administration withdrew from the treaty. The court took its seat in 2002, after 60 countries ratified the Rome Statute. The ICC was the brainchild of Benjamin B. Ferencz, the last surviving prosecutor of the Nuremberg Trials, who has dedicated his life to building the legal principles underpinning international criminal law.

The ICC has 13 situations under investigation, the majority of which are occurring in Africa. This week, Ali Kushayb, a Sudanese militia leader charged with 50 crimes against humanity and war crimes relating to the conflict in Darfur, was arrested and transferred into ICC custody. His first appearance before the court is scheduled for Monday, June 15, the ICC said Thursday.

The executive order “is an aggressive broadside against the international court,” said Adam M. Smith, a partner at the law firm Gibson, Dunn & Crutcher LLP who previously served as a senior advisor to the director of the U.S. Treasury Department’s sanctions office.

“While no sanctions are actually imposed, and the response from the court’s principal backers in Europe and elsewhere will likely be robust, the threat of U.S. action could impede the ICC’s work in meaningful ways,” Smith said.

Josep Borrell, the European Union’s top foreign policy official, said Thursday at a press conference after the U.S. announcement that it is “a matter of serious concern,” according to a media report. While expressing caution about his response, Borrell said, “I can reiterate our support to this institution,” referring to the ICC, which “is a key factor in bringing justice and peace, [and] it must be respected and supported by all nations.”