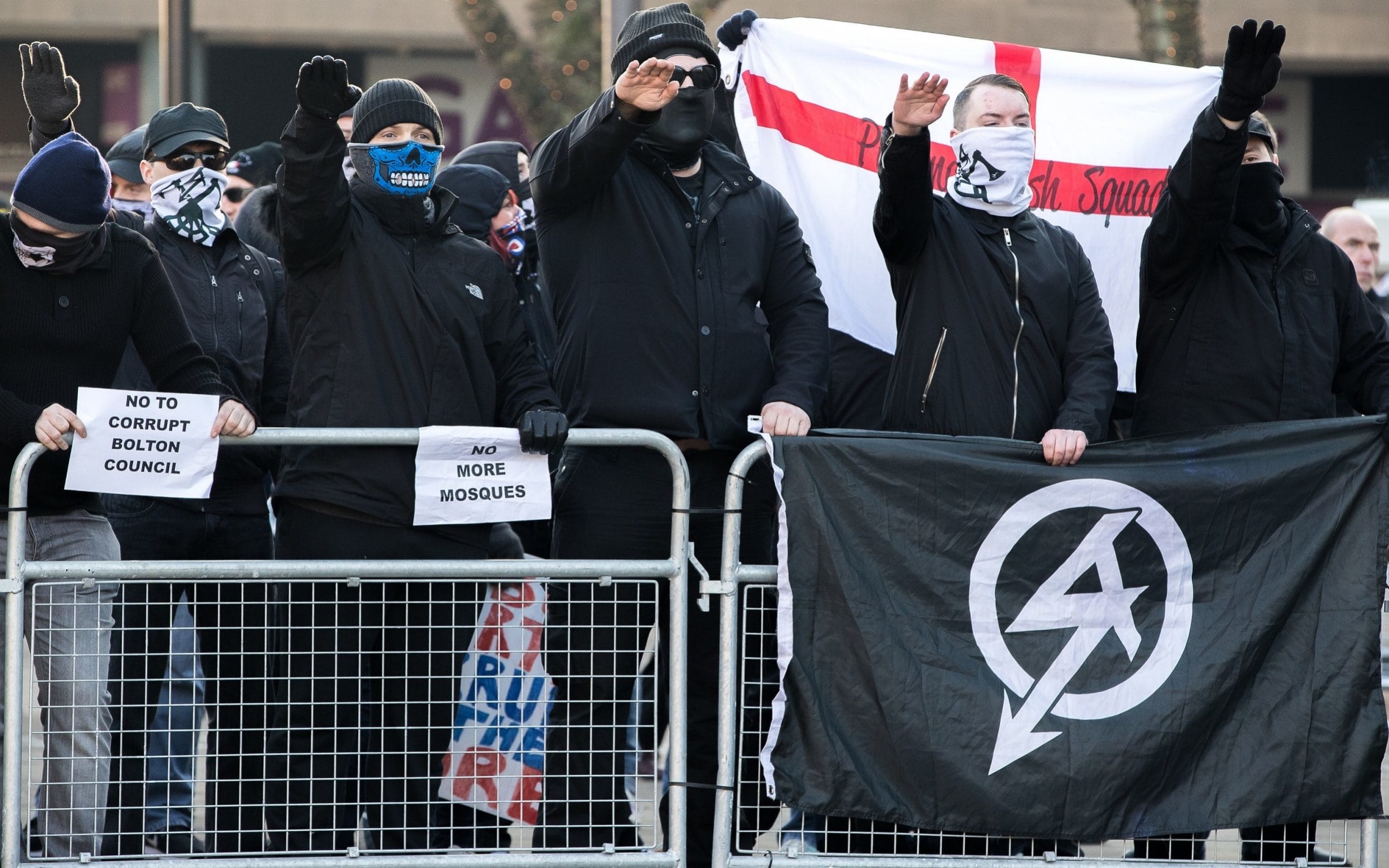 The U.K. Home Secretary brought orders before parliament that would make membership of two right-wing extremist groups illegal in the U.K.

The orders would add Sonnenkrieg Division (SKD) to the Proscribed Terror List and recognize System Resistance Network as an alias of the anti-Semitic, racist and homophobic group National Action, which was added to the list in December 2016.

Under the Terrorism Act 2000, the Home Secretary can add an organization to the proscribed list. Anyone found to be a member or offering support to a proscribed group faces up to 10 years in prison. There are 75 international terrorist organizations proscribed under the law, according to records maintained by the U.K. government.

The decision to add SKD and System Resistance Network followed a meeting of the Proscription Review Group, which brings together police and other partners to assess the risk posed by groups considered for listing, the government said. Police said last year that the far-right is the fastest growing terrorist threat in the U.K. It also follows a shooting rampage last week by a right-wing extremist in Germany that killed nine people and injured six others.

“Recent attacks here and in Germany have highlighted the threat we continue to face from violent extremism,” said Home Secretary Priti Patel in a statement.

SKD is connected to the U.S. neo-Nazi group Atomwaffen Division, which was formed in 2015 and gained prominence in recent years following a “Unite the Right” rally in 2017 in Charlottesville, Va. Two teenage men who were members of SKD were sentenced in June 2019 to prison for posting propaganda encouraging terrorist attacks, including an attack on Prince Harry calling him a “race traitor” for marrying American actor Meghan Markle, a woman of mixed race.

The System Resistance Network preaches zero tolerance to non-whites, Jews and Muslims and says homosexuality is a disease, according to a BBC Wales report. An undercover reporter from the network created a fake online profile, communicating with the group for months and gained their trust to act on its behalf by putting up posters at night, the report said.

The group is believed to have been inspired by National Action, which promotes an ideology that Britain will inevitably see a violent race war and seeks to divide society by endorsing violence against ethnic minorities and perceived race traitors, according to the U.K. government. Other aliases for National Action include NS131 (National Socialist Anti-Capitalist Action) and Scottish Dawn, the U.K. government said in September 2017.