The U.K. government said Friday it will outlaw Hamas in its entirety, naming the Palestinian militant group to a list of proscribed terrorist organizations.

Hamas calls for the destruction of Israel and the establishment of an Islamist state in Palestine under Sharia law, the U.K. Home Office said in a statement.

The organization’s military wing, Hamas Izz al-Din al-Qassem Brigades, was banned by the U.K. in 2001, but the new listing bans Hamas in its entirety. At the time of the initial listing, the U.K. government believed there was a distinction between the two wings, but now the delineation is understood to be artificial, according to the Home Office statement.

“Hamas has significant terrorist capability, including access to extensive and sophisticated weaponry as well as terrorist training facilities, and it has long been involved in significant terrorist violence,” Home Secretary Priti Patel said Friday in a speech in Washington, D.C. “Hamas commits, participates, prepares for and promotes and encourages terrorism. If we tolerate extremism, it will erode the rock of security.”

The European Union has Hamas on its list of terror groups, and the U.S. designated Hamas as a foreign terrorist organization (FTO) in 1997. Supporters and facilitators of Hamas in Europe were facing crackdowns and raids by EU member states, Kharon reported this summer.

The group, which also controls the Gaza Strip, has raised, moved and transferred funds through its networks of charities and shell companies, including most recently following a flare-up in May with Israel, Kharon reported at the time. 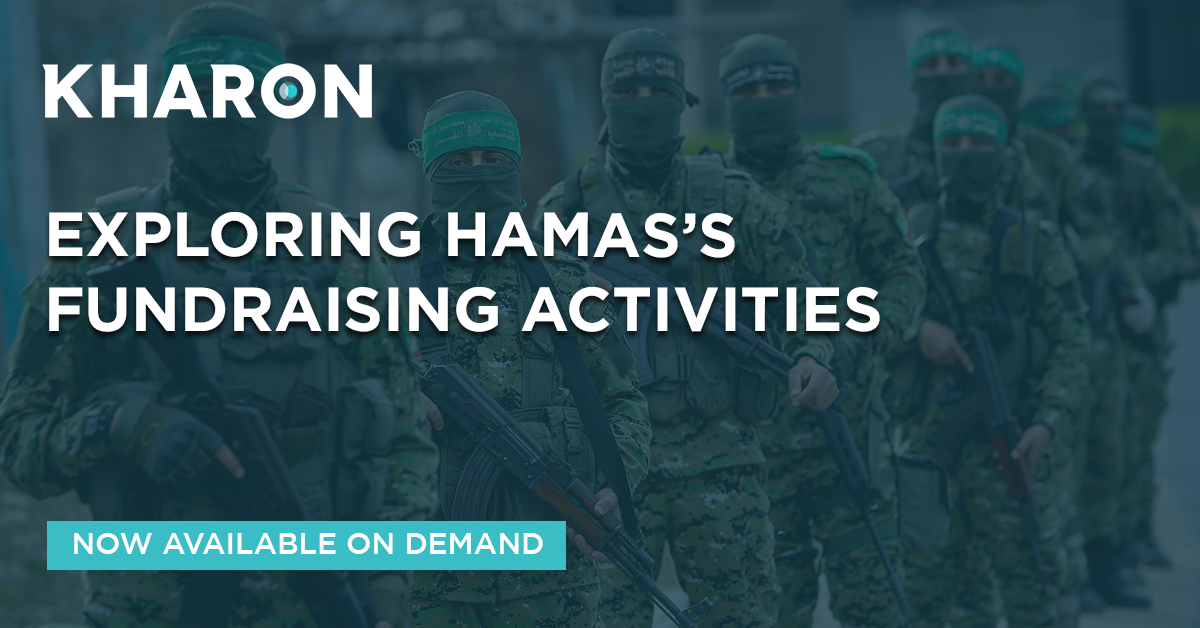 In statements issued by the group in English and Arabic, Hamas expressed its “shock and dismay” at the U.K. decision, noting that the British government “should have apologized for its historic sin against the Palestinian people.” The statements stressed the group’s commitment to violence and resistance “with all means possible, including armed resistance.” On Telegram, Hamas called on followers to “continue the resistance until the defeat of the occupation.”

Political bureau chief Mousa Abumarzook said on social media that the U.K. listing of the group in its entirety “limits” London’s role in the region and “underestimates” Hamas’s level of support.

Once approved, the U.K. listing would take effect Nov. 26. Proscription makes it a criminal offense in the U.K. to be a member of or solicit support for the group, with those found guilty facing up to 14 years in prison. It marks its third U.K. proscription order in the past year; the prior listings focused on the white supremacist organizations The Base and Atomwaffen Division. There are 78 terrorist groups proscribed by the U.K., the government said.

Hamas political bureau leaders may no longer be allowed to travel to the U.K. due to the group’s listing in its entirety. Some Hamas leaders, including Khalid Meshaal, who was sanctioned by the U.S. in 2003, have visited the U.K. in the past, and more recently participated in virtual events hosted by London-based organizations.