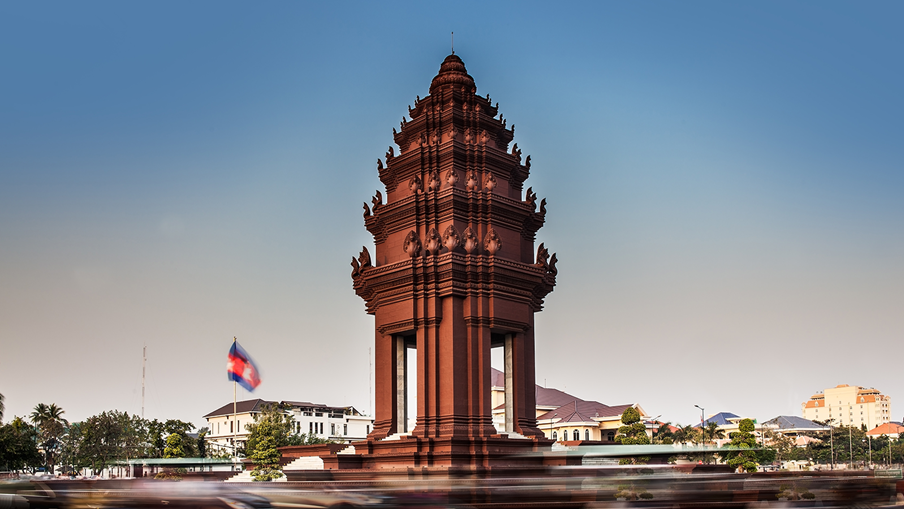 The U.S government on Wednesday issued an advisory about high-risk investments and business dealings in Cambodia, and imposed sanctions on two defense ministry officials for their roles in corruption associated with the upgrading of a naval base.

Corruption is “endemic” in Cambodia, posing significant challenges for investors, the advisory said, citing a number of international indicators and pointing to a deteriorating human rights situation, as well as widespread graft in the financial, real estate, casino and infrastructure development sectors. There is also a threat of dealing with Cambodian entities engaging in the trafficking of people, wildlife and drugs, or companies involved in illicit logging or using child labor, according to the advisory. Rising foreign investment from those willing to engage in corruption, along with limited transparency, has further fueled the problem, the advisory said.

“Businesses should apply appropriate due diligence to mitigate the reputational, economic and possible legal risks associated with potential exposure to entities in Cambodia that engage in corruption, criminal activities, illicit financial activities or human rights abuses,” said U.S. State Department spokesman Ned Price, in a statement. “U.S. officials have regularly raised these concerns with Cambodia’s leaders, but regrettably there have been no meaningful changes.”

The U.S. Trade Representative will conduct an assessment of Cambodia’s eligibility for trade preferences granted to developing countries as part of a broader evaluation, Price said.

The business advisory was issued hours after the U.S. Treasury Department announced sanctions on two defense officials for corruption associated with the Ream Naval Base. The base, located on the coast of the Gulf of Thailand, has been a rising U.S. concern.

Chau Phirun, director-general of the ministry’s material and technical services department, had conspired to profit from the updating of facilities at the base, according to the Treasury. He, Royal Cambodian Navy Commander Tea Vinh and others likely conspired to inflate the costs of facilities at the base and personally benefit from the proceeds, the Treasury said, adding that the pair had planned to share funds skimmed from the project. Chau and Tea, and their immediate family are also barred from entering the U.S. by the State Department.

“The United States will not stand by while corrupt officials personally benefit at the expense of the Cambodian people,” said Andrea Gacki, director of Treasury’s Office of Foreign Assets Control (OFAC), in a statement.

China signed a secret agreement with Cambodia allowing its armed forces to use the Ream Naval Base for 30 years, with automatic 10-year renewals, The Wall Street Journal reported in July 2019. Access to the base would sharply increase China’s ability to enforce its economic interests in, and territorial claims to, the South China Sea, the report said. Both countries denied any deal at the time, according to the report. But since then, U.S.-funded facilities were demolished, and this summer three new buildings were constructed and a road was cleared, according to satellite imagery published in October by the Asia Maritime Transparency Initiative.

During a visit to Phnom Penh on June 1, Deputy Secretary of State Wendy Sherman “expressed serious concerns about the [Chinese] military presence and construction of facilities” there, and sought clarification on the demolition of the U.S. buildings, according to a readout. A Chinese base in Cambodia would threaten regional security and negatively affect relations with the U.S., she said. Nevertheless, days after she left, the Cambodian defense minister confirmed that China had been helping with a buildup at Ream Naval Base, according to a media report.

When a U.S. diplomat was invited to the base in June, he was denied full access and cut the visit short, asking to reschedule when he could see the place without limits, the Associated Press reported at the time.

The Ream Naval Base is also near a massive tourism project known as Dara Sakor that has been under development since 2008. The U.S. advisory cited the Dara Sakor project as an example of corruption in tendering and contracting for large-scale infrastructure development in Cambodia, urging vigilance from U.S. companies. Dara Sakor International Airport, a cornerstone of the project, is set to begin flight trials early next year, with full commercial operations slated to start by the middle of 2022, Cambodian media recently reported.

Union Development Group Co., Ltd. (UDG), the Chinese company behind Dara Sakor, was sanctioned by the U.S. in September 2020 because it had misled the Cambodian government to access the land and forced out local villagers to begin construction, the Treasury said at the time. Chinese state-owned companies were heavily involved in the construction of the airport, Kharon found. Kun Kim, a former senior Cambodian general, was sanctioned in December 2019 for providing military forces to help intimidate villagers and clear the land for UDG.