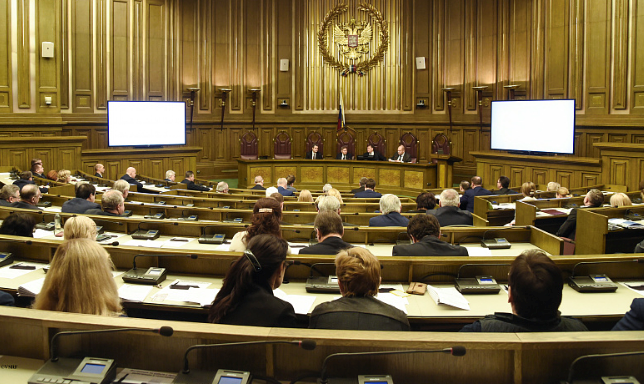 The U.S. State Department said Tuesday that it banned entry to two Russian security officials over their involvement in human rights abuses of Jehovah’s Witnesses in a Siberian city.

“Russia should end its unjust campaign against the Jehovah’s Witnesses and immediately release the over 200 individuals it currently has imprisoned for exercising their freedom of religion or belief,” the State Department said.

Jehovah’s Witnesses is a Christian denomination with about 8.6 million adherents across about 120,000 congregations worldwide, according to its 2018 service year report. They’re most famous for their door-to-door missionary work.

The visa bans on Yermolayev and Tkach were authorized by a law allowing the State Department to bar foreign officials and their immediate family members from entering the U.S. if found to be involved in significant corruption or gross violations of human rights.

The Russian Supreme Court affirmed in an April 2017 decision that the Jehovah’s Witnesses were an extremist organization. Since then, 39 supporters of the organization have been prosecuted; 23 of them are in prison, while the others are under house arrest, according to Memorial, an international historical and civil rights group that operates in several post-Soviet states.

More than 60 Jehovah’s Witnesses are awaiting trial or are under house arrest, and about 250 more are under investigation, the State Department said. Dennis Christensen was given a six-year prison sentence merely for practicing his faith, the department said.

Christensen told Reuters in interviews conducted during breaks in his trial that he’s afraid history is repeating itself. “I’m afraid that it’s actually like Stalin has come back,” he said, referring to mass jailings and deportations in 1951 under Soviet leader Josef Stalin.