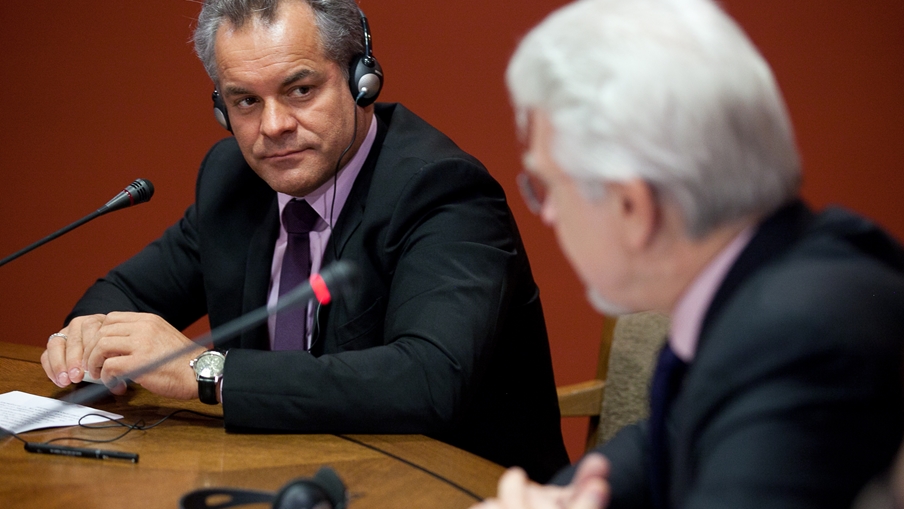 Vladimir Plahotniuc meets with officials of the Latvian parliament. (Photo: Public Relations Department of the Parliament of Latvia)

The U.S. State Department this week announced it barred entry to former Moldovan official Vladimir Plahotniuc over his involvement in corruption.

Plahotniuc was involved in corrupt acts in his official capacity that undermined the rule of law and severely compromised the independence of democratic institutions in Moldova, the State Department said. The State Department announced the measure under a law authorizing visa bans on foreign officials involved in gross human rights abuses or significant acts of corruption. In addition to Plahotniuc, the U.S. barred his wife and two children.

Moldovan President Igor Dodon welcomed the U.S. decision, telling Russian outlet TASS that he’d repeatedly requested the U.S. to pursue the action. “The sanctions against the oligarch … are a good and expected signal from Western partners, for which we are grateful,” he said.

Plahotniuc, who previously led the country’s Democratic party, fled Moldova for an undisclosed location soon after the Democratic-led government fell, local media reported in June. Once the wealthiest man in Moldova, he purportedly has at least three citizenships and was sometimes referred to as the most influential person in the country.

Plahotniuc is wanted on allegations of money laundering, and Moldovan anti-corruption prosecutors in October seized assets worth millions of euros. He separately faces charges of drug trafficking and money laundering in Russia.