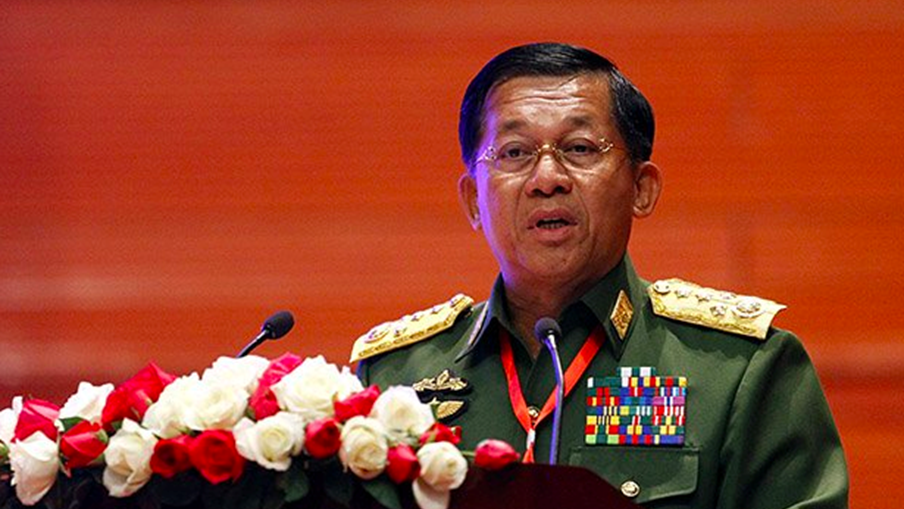 The U.S. State Department on Tuesday announced visa bans on four top Burmese military officials for their roles in the ethnic cleansing of Rohingya in Rakhine state.

The officials — Commander-in-Chief Min Aung Hlaing, Deputy Commander-in-Chief Soe Win, Brigadier General Than Oo and Brigadier General Aung Aung — were deemed ineligible for entry into the U.S. by the State Department, citing authorities that allow such a ban when there is credible information that a foreign official was involved in significant corruption or gross violations of human rights.

The European Union has sanctioned 14 individuals, including Than Oo and Aung Aung, for human-rights violations related to Burma. In late April, the EU extended its measures on Burma for a year.

The Rohingya have faced decades of discrimination, according to the United Nations Office for the Coordination of Humanitarian Affairs. More than 745,000, including more than 400,000 children, have fled to Bangladesh since violence escalated in August 2017, the U.N. office said. Burmese security forces have committed widespread atrocities, including mass killings, sexual violence and widespread arson, said Human Rights Watch, a watchdog group.

Than Oo and Aung Aung commanded the army divisions involved in the acts, and Min Aung Hlaing had ultimate authority over the divisions, according to a Reuters report.

Earlier this month, Fatou Benousda, prosecutor of the International Criminal Court (ICC), requested judicial authorization to begin an investigation; a delegation arrived Tuesday in Dhaka, Bangladesh, to discuss the crisis, according to a local media report.

One recent example of the lack of accountability for the Burmese military and its senior leadership was the recent disclosure that Min Aung Hlaing ordered the release of soldiers convicted of extrajudicial killings at Inn Din during the ethnic cleansing of Rohingya, according to the State Department. They were released after months in prison, while the journalists who reported on the attack were imprisoned for more than 500 days, the State Department said.

The Reuters journalists who exposed the killings at Inn Din were released May 6, weeks after they won the Pulitzer Prize for their reporting.

The visa-ban designations, however, fall short of blocking sanctions, such as those imposed last year by the Treasury Department under the Global Magnitsky Act on the 33rd Light Infantry Division (LID) and the 99th Light Infantry Division (LID), and on four military and border guard police commanders. Aung Aung commands the 33rd LID, according to an EU designation statement. Than Oo commands the 99th LID, the EU said.

“We have decided to publicize these as a way of indicating our determination that these four individuals are culpable for the atrocities that occurred in Rakhine State, as well as serious human rights abuses elsewhere,” a senior State Department official told reporters late Tuesday.

A spokesman for the Burmese military said to The New York Times that the visa ban would have a limited effect. “It doesn’t matter that they banned travel to the United States for the generals,” said the spokesman, Brig. Gen. Zaw Min Tun. “But it does insult the Myanmar military’s dignity.”

Sen. Ed Markey (D., Mass.), who, in a March letter to the Treasury, called for the four military leaders to be sanctioned under the Global Magnitsky Act, said late Tuesday in a tweet that while the visa bans were “a positive step,” they were not enough. “As I wrote then...the strongest step towards accountability would be Global Magnitsky sanctions,” he tweeted.