The designation cast a spotlight on the Houthis’ support networks A rally against the U.S. designation of the Houthis as a foreign terrorist organization (FTO). (Source: Ansar Allah Media Center - Telegram)

The U.S. Treasury Department on Monday issued a license authorizing transactions with Houthi rebels in Yemen, amid a review of the foreign terrorist organization (FTO) designation announced in the final weeks of the Trump administration.

The FTO designation “at least on its surface seems to achieve nothing particularly practical” regarding U.S. efforts to counter the Houthis, Antony Blinken, President Joe Biden’s nominee to be Secretary of State, had told senators last week during his confirmation hearing. A U.S. State Department representative said to Reuters on Friday that “we are working as fast as we can” to make a determination, declining to discuss internal discussions surrounding the review.

The license, meanwhile, mitigates the effects of the designation, which took effect Jan. 19; it allows non-U.S. persons to engage in transactions with the Houthis and for foreign financial institutions to conduct the transfers, according to guidance issued by the Treasury. When the designation came into effect, the U.S. had issued a number of licenses and some guidance to maintain the flow of humanitarian assistance and other commodities. The license announced Monday is far broader, however, allowing all transactions with the Houthis for the next month.

The FTO designation of the Houthis, who are also known as Ansar Allah, could cause the worst famine seen in decades, United Nations officials and humanitarian organizations have said. Twenty-two aid groups working in Yemen had called on Sunday for the U.S. to revoke the designation outright, saying it puts millions of lives and a fledgling peace process at risk.

Last Thursday, Biden had initiated a broad review of all U.S. sanctions programs to assess whether they hinder responses to the COVID-19 pandemic; sanctioned terror groups and others have found ways to raise funds and benefit from the virus, Kharon reported last year.

The Houthis, who are backed by Iran, have fought for several years against a Saudi Arabia-led coalition that backs the internationally recognized Yemeni government. Clashes continue amid United Nations-backed peace negotiations, according to media reports, with dozens reported killed on Jan. 18 in the western part of the country. In addition to the FTO designation, the U.S. has also sanctioned Houthi security and intelligence officials, and Iran’s envoy to the Houthis.

Demonstrators in Yemen had held protests earlier on Monday chanting Houthi slogans, according to videos posted on social media by Middle Eastern media outlets, including Al-Masirah, which the Houthis control. Last week, protesters held banners denouncing the FTO designation outside the U.S. embassy in the capital of Sana’a, Al-Masirah reported Tuesday, Jan. 19.

Nevertheless, the U.S. designation cast a light on the international networks supporting the Houthi movement, most from Iran, but also some from the West.

The support has ranged from media and political backing to humanitarian relief activities, as well as oil and weapons facilitation, according to an investigation by Kharon. The Houthis interact with Iranian proxies across the Middle East, and they draw on networks based in Scandinavia, Australia and in the U.K., Kharon found.

The Denmark-based Yemen Solidarity Council says it’s the only Western non-profit that “recognizes and maintains a close relationship with” the Government of National Salvation, a body established by the governing council set up by the Houthis. A founder of the council has said he’s an adviser to the Houthis’ foreign ministry, and the Danish organization shares management with Uprising Today, an English-language outlet that has supported the Houthis and its governing body.

Al-Masirah TV, a Houthi-controlled media outlet registered in Lebanon, is a member of the Islamic Radio and Television Union (IRTVU), an Iranian disinformation organization sanctioned by the U.S. in October for election interference.

The outlet is chaired by Mohammed Abd al-Salam, the Houthi spokesman, and its former chief executive, Ibrahim al-Dilmi, is the Houthi envoy to Iran, according to al-Masirah.

IRTVU, which coordinates training, funding and content for media outlets around the world, has a branch in Sana’a that held a seminar in September on “confronting normalization and media incitement,” in which the Houthis participated. Al-Masirah organized an event this past October in Beirut that aimed to draw a parallel between Gulf countries normalizing relations with Israel and the Gulf coalition against the Houthis in Yemen.

Support for the Houthis through IRTVU-associated networks also comes from the West, Kharon found. Ahmed al-Moaiad, a “senior Houthi political figure based in the U.K.,” according to a media report, was a panelist on a virtual discussion of landmines in Yemen organized by IRTVU’s Unews Press Agency Limited. Al-Moaiad also took part in peace talks held in Stockholm, Sweden, in December 2018, another report said. Jay Tharappel, an Australia-based spokesman of the Danish Yemen Solidarity Council, is an associate member of the editorial board of the Centre for Counter Hegemonic Studies, an Australia-based partner of IRTVU.

In addition to media and political support, the Houthis maintain their own Health Department, which has been involved in relief activities and has received external aid. Ahlulbayt World Assembly, based in Iran, conducted a May 2019 medicine supply project in partnership with both the Kawthar International Humanitarian Aid Association, a Turkey-based relief organization with a German fundraising arm, and the Yemen-based Wounded Foundation.

Once led by a Houthi Movement Education Department official, the Wounded Foundation has received “support from the financial department of the office of” Abdul Malik al-Houthi, a Houthi leader sanctioned by the U.S. alongside the group’s FTO designation. He had also been designated in 2015 by the U.S., U.N. and European Union.

The Yemen Martyrs Foundation, established at the direction of Abdul Malik al-Houthi in 2009 and previously managed by Houthi official Adnan Qaflah, conducts relief activity throughout Houthi-controlled parts of Yemen, according to social media accounts for the charity. Oil and weapons facilitators in Iran, and across the Gulf region, have helped the Houthis maintain control over territory in Yemen. A “network of fuel importers associated with the Houthis” identified in a 2019 report by the United Nations Panel of Experts on Yemen had corporate names similar to companies that were being investigated by a Sana’a-based journalist before he was killed in December 2016 in a suspected murder, the U.N. report said.

The National Iranian Oil Company (NIOC), sanctioned by the U.S. in October 2020 under counterterrorism authorities, was involved in a December 2016 shipment to this network of importers, the U.N. report said. An Oman-based trading and contracting company involved in this NIOC shipment was party to two other oil shipments to this network of Houthi fuel importers, according to the U.N. panel. Oil Premier, another Yemen-based Houthi fuel importer, maintains a front company called Wheelers International Trading Company, which is the “exclusive agent” in Yemen for a German lubricants company, according to a social media account for the Yemeni company.

Multiple trading companies outside of Yemen are involved in facilitating Houthi weapons procurement efforts, including United Arab Emirates-based Succor General Trading, which was cited by the U.N. panel’s report. The company also has an Iranian address. 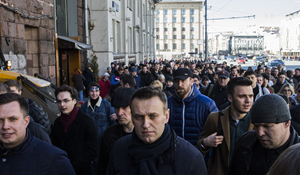