Shipments of the company’s products were seized by U.S. authorities earlier this year 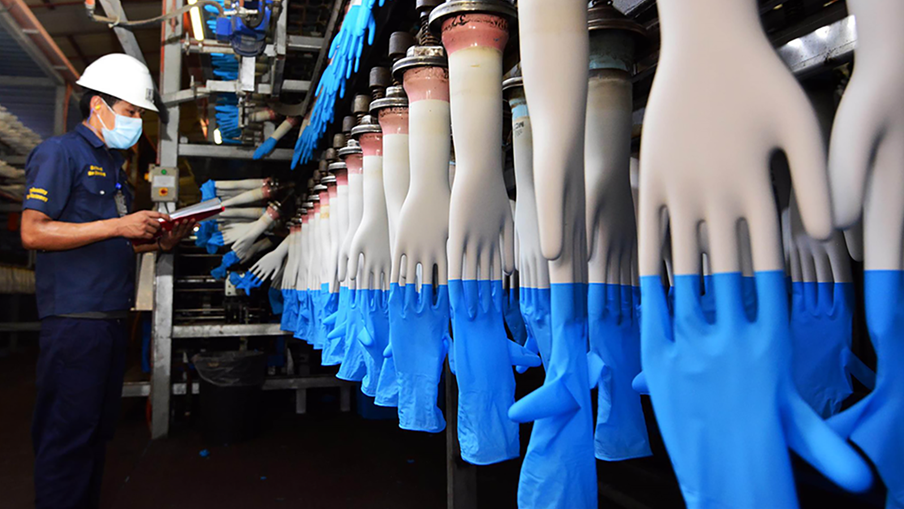 The U.S. will allow imports of products from Top Glove Corp. Bhd. after the Malaysian company addressed issues of forced labor at its facilities, Customs and Border Protection (CBP) said Friday.

The U.S. had sufficient information to believe the company used forced labor in its production of disposable gloves, CBP said in March, issuing a finding that authorized seizures at U.S. ports. Following the finding, CBP officers in Kansas City, Missouri, and Cleveland, Ohio, had seized separate shipments of gloves worth a combined USD 1.2 million, according to press releases. The finding had expanded on a withhold release order (WRO) from July 2020 to detain the company’s products based on “reasonable but not conclusive information” of forced labor in its production process, including debt bondage, excessive overtime and abusive work conditions.

“Withhold Release Orders and Findings send a strong message to U.S. importers about the costs associated with doing business with entities that exploit forced labor, but they also offer a path to remediation,” said Secretary of Homeland Security Alejandro N. Mayorkas.

In response to the U.S. actions, Top Glove issued more than USD 30 million in remediation payments to workers, and the company improved labor and living conditions at its factories, CBP Acting Commissioner Troy Miller said in the statement.

Top Glove, which claims to be the world’s largest manufacturer of gloves producing 100 billion pieces a year, on Friday expressed its appreciation for CBP’s responsiveness, and thanked the Malaysian government and its stakeholders. “Top Glove remains committed to the health, safety and well being of its people,” the company said.

Top Glove had said in April that it had resolved the forced labor issues, and its work had been verified by a U.K.-based consulting firm. The company delayed a June 1 initial public offering in Hong Kong amid the forced labor concerns, according to media reports. In late August, Top Glove reaffirmed its intention to list on the Hong Kong Stock Exchange “as soon as practicable,” Malaysian media reported at the time.

CBP has significantly increased the use of its power to detain and seize goods produced with forced labor, especially against products made in China, as they reach the U.S., Kharon reported in June 2020. Amid the heightened enforcement, importers have complained about CBP plans to increase staffing and improve case management, The Wall Street Journal reported.

In Fiscal Year 2021, CBP has issued seven WROs, including orders covering cotton and tomato products from the Xinjiang region, as well as silica products from a Chinese firm with significant Xinjiang operations, according to a recent CBP operational update. The U.S. has warned businesses about the risks of supplying goods from Xinjiang, where the Chinese government is accused of human rights abuses. Overall, CBP has detained 967 shipments containing about USD 367 million of goods suspected to be made by forced labor, the operational update said.