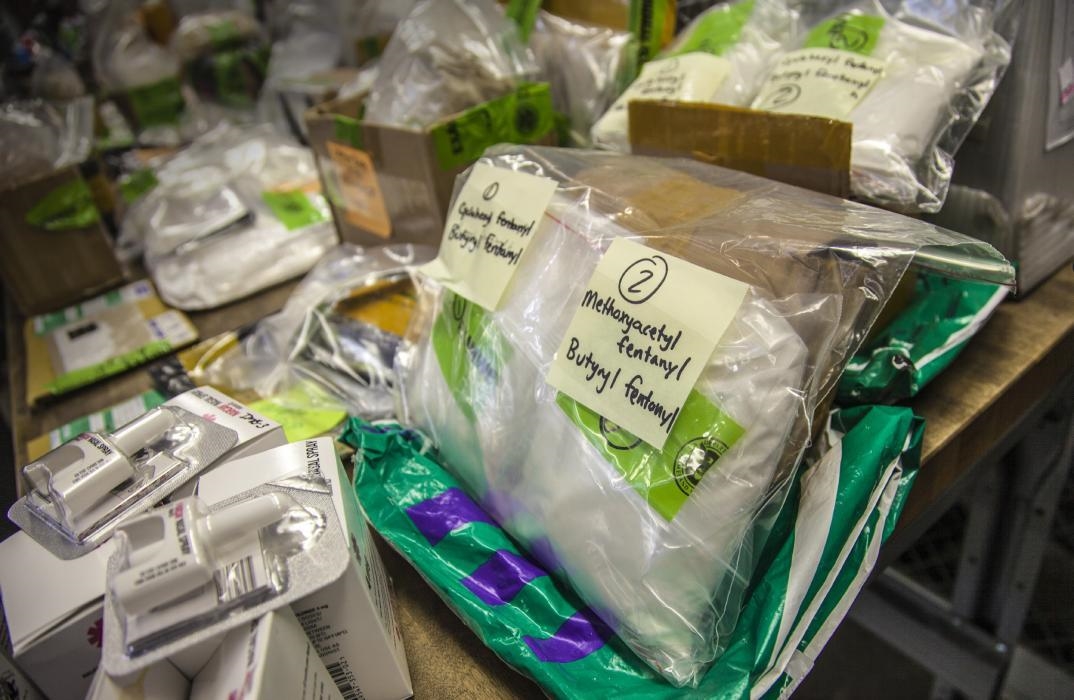 The U.S. Treasury Department on Wednesday announced sanctions on a China-based drug trafficking organization accused of operating a conspiracy that shipped fentanyl analogues, cathinones and cannabinoids to at least 37 U.S. states and 25 countries.

Directed by Fujing Zheng (Zheng), the Zheng Drug Trafficking Organization (Zheng DTO) manufactures and distributes hundreds of controlled substances, including fentanyl analogues such as carfentanil, acetyl fentanyl and furanyl fentanyl, according to the Treasury.

“The Chinese kingpins that [the Treasury] designated today run an international drug trafficking operation that manufactures and sells lethal narcotics, directly contributing to the crisis of opioid addiction, overdoses and death in the U.S.,” said Treasury Under Secretary Sigal Mandelker.

Fentanyl is a synthetic opioid up to 100 times more potent than morphine. Overdose deaths due to fentanyl or fentanyl analogues are sharply increasing, according to data compiled by the National Institute on Drug Abuse, a U.S.-government funded research center. Congress is considering a number of proposals to tackle the issue.

China, which U.S. officials believe is the principal source of fentanyl in the country, announced in April that it would ban all variants of the opioid. President Donald Trump, however, said earlier this month that he did not believe that China had stopped the outflow of fentanyl or analogues.

Zheng created and maintained numerous websites to advertise and sell illegal drugs in more than 35 languages, the Treasury said. The Zheng DTO touted its ability to create custom-ordered drugs and avoid detection from customs and law enforcement officials when shipping the drugs through express mail and the U.S. Postal Service, according to the Treasury.

The Zheng DTO also used its chemical expertise to create analogues of drugs with slightly different chemical structures but the same, or even more, potent effect, the Treasury said. It agreed to manufacture adulterated cancer medication, creating counterfeit pills that replaced the active cancer-fighting ingredient with synthetic drugs, according to the Treasury.

Zheng and his father Guanghua Zheng, who was also sanctioned Wednesday, were charged in August 2018 in a 43-count indictment, the Treasury said. They allegedly shipped more than 16 tons of chemicals a month to countries around the world, Kharon reported in April. The U.S. on Wednesday also sanctioned Qinsheng Pharmaceutical Co. Ltd., a Shanghai-based company Kharon found at the time was owned by the Zhengs.