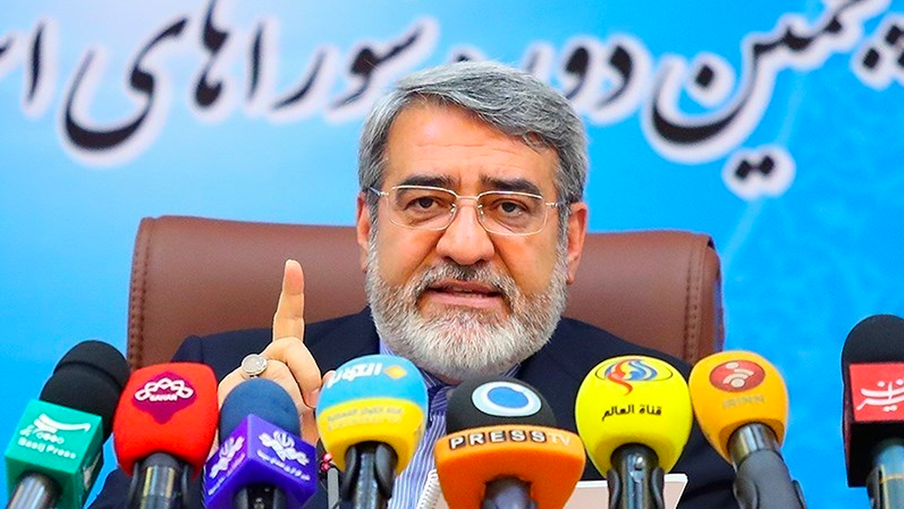 Rahmani Fazli, who oversees internal security issues as part of his role at the ministry and chair of Iran’s National Domestic Security Council, issued orders authorizing Iran’s Law Enforcement Forces (LEF) to use lethal force in response to protests in November 2019, the Treasury said.

The order from Rahmani Fazli resulted in violence against peaceful protesters and bystanders, leading to the killing of many demonstrators, including at least 23 minors, according to the Treasury. The sanctions designation comes hours after Amnesty International released details on more than 300 people it said were killed during the November 2019 protests. Iranian authorities have still not issued an official death toll, Amnesty International said.

Rahmani Fazli was also involved in the decision to impose a days-long Internet blackout amid the protests, which had been triggered by a fuel-price hike, the Treasury said. In addition to the Treasury’s designation, the U.S. State Department banned Rahmani Fazli and his family.

“His evil commands killed Iranian citizens. We’re proud to mete out what justice we can on behalf of the slain and silenced inside of Iran,” Secretary of State Mike Pompeo said.

With Rahmani Fazli at the helm since 2013, the interior ministry, which is responsible for authorizing peaceful gatherings, has routinely denied permits or granted them while denying security, according to the Treasury. These gatherings have then been attacked by plainclothes people claiming to be part of the country’s intelligence and security forces, the Treasury said.

Under Rahmani Fazli, the LEF has been responsible for the commission of serious human rights abuses against Iranians on multiple occasions, including killing hundreds of the country’s own people, the Treasury said.

The LEF was sanctioned in 2011 for its role in human rights abuses in Iran and Syria. On Wednesday, the Treasury sanctioned Hossein Ashtari Fard and Ayoub Soleimani, commander and deputy of the LEF, respectively, as well as four other top LEF officials. An LEF official was separately sanctioned in September 2019 for his role in facilitating an oil shipment.

During Ashtari’s tenure since 2015 as commander, the LEF has been implicated in multiple cases of violence, the Treasury said. Ashtari appointed Soleimani to his role in 2018 with the approval of Iran’s Supreme Leader, Ayatollah Ali Khamenei, who was sanctioned in 2019.

In addition to its role in government crackdowns on protesters, the LEF operates detention centers associated with physical and psychological abuses, the Treasury said Wednesday. Two Iranian detention centers -- the Great Tehran Penitentiary and Qarchak Prison -- were designated Wednesday by the Treasury under authorities enumerated in the Iran-related provisions of the Countering America’s Adversaries Through Sanctions Act (CAATSA).

The LEF has also targeted Afghan migrants in Iran, sending them to deportation centers where the IRGC has reportedly coerced many into fighting for Iranian militias in Syria, according to the Treasury. It was also implicated the in torture and drowning this month of Afghan nationals attempting to cross into Iran, the Treasury said. The IRGC was designated in April 2019 as a foreign terrorist organization (FTO).

In addition, the Treasury sanctioned the LEF Cooperative Foundation and its managing director, Habil Darvish. The foundation, known as a bonyad, is an economic collaborative active in Iran’s energy, construction, services, technology and banking industries, the Treasury said.

It also reportedly sold oil worth USD 180 million, the profits of which weren’t repatriated back to the Iranian government, according to the Treasury.

The LEF Cooperative Foundation holds a 47 percent stake in the Iranian Offshore Engineering and Construction Company (IOEC), according to Iranian media. IOEC wholly owns United Arab Emirates-based KITO Enterprises Ship Management LLC, a marine and ship management company active in the oil and gas industry, according to IOEC’s corporate disclosures from 2017. KITO assisted in the development of the South Pars oil field submarine pipelines, according to IOEC’s website.

Hassan Shahvarpour Najafabadi, an IRGC brigadier general who commands a base in Khuzestan province, was also sanctioned Wednesday over his role during the IRGC’s violent suppression of protesters in November 2019. In Mahshahr, a county in Khuzestan, the IRGC killed 100 protesters in a three-day period, the Treasury said. The U.S. in January barred Shahvarpour and his family from entering the country.

The State Department also announced it banned Ali Fallahian, who served as the head of Iran’s intelligence service from 1989 to 1997, over his involvement in assassinations and attacks across the globe. The ban also covered his immediate family. Fallahian was blamed by the State Department for the 1995 killing of a U.S. exchange student in the Gaza Strip in a suicide bombing; he also “bears responsibility” for the 1994 bombing by Hizballah operatives of a Jewish center in Buenos Aires, the State Department said. 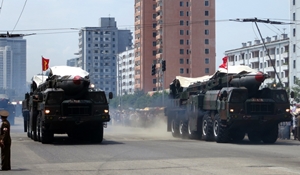 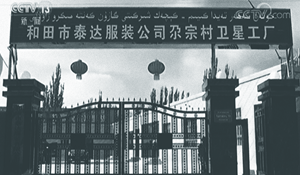 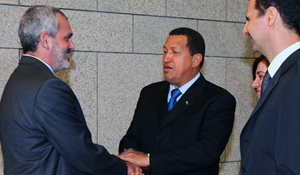 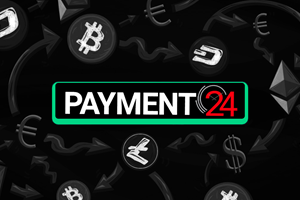 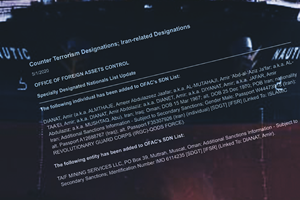 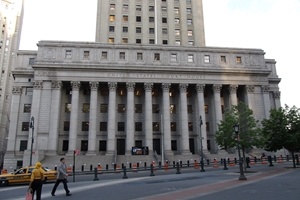