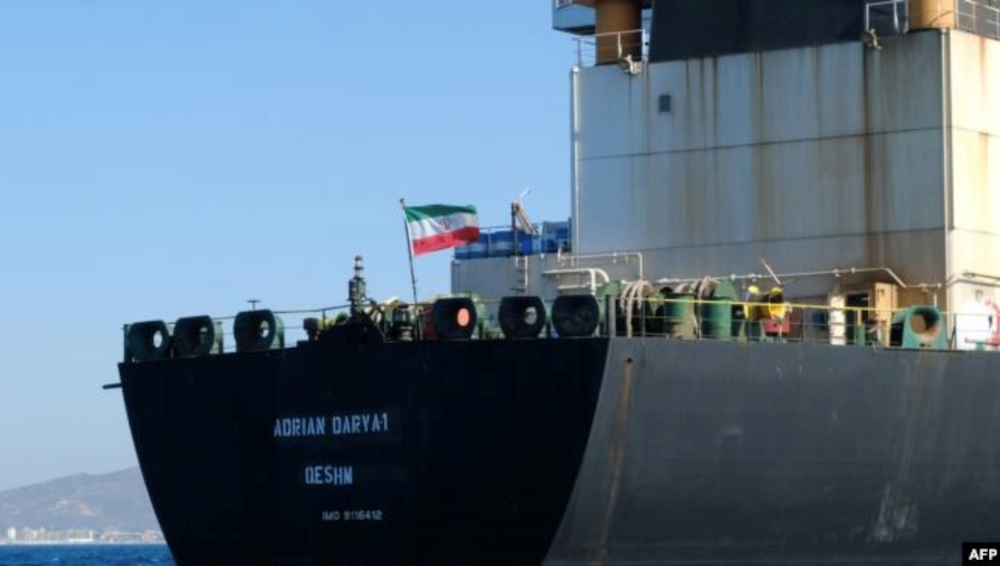 The U.S. Treasury Department late Friday imposed sanctions on the Adrian Darya 1, an Iranian oil tanker subject to a warrant for seizure, as well as its captain.

The tanker, previously known as the Grace 1, has been the subject of a heated dispute between Iran and the West. It was impounded for more than a month by authorities in Gibraltar on allegations that the oil aboard was on its way to Syria. Gibraltar, however, let the vessel set sail in mid-August after a promise that the crude wouldn’t be delivered to Syria, waiving off a last-minute U.S. forfeiture complaint seeking seizure of the vessel, the oil aboard and about $1 million.

The complaint had alleged that the vessel, under its prior name, was part of a scheme by the Islamic Revolutionary Guard Corps-Qods Force (IRGC-QF) to evade sanctions. The IRGC-QF has been sanctioned several times by the U.S. The Adrian Darya 1 was identified by the Treasury as blocked property; its captain, Akhilesh Kumar, was sanctioned in the same action.

“Vessels like the Adrian Darya 1 enable the IRGC-QF to ship and transfer large volumes of oil, which they attempt to mask and sell illicitly to fund the regime’s malign activities and propagate terrorism,” said Treasury Under Secretary Sigal Mandelker. “Anyone providing support to the Adrian Darya 1 risks being sanctioned.”

U.S. officials have repeatedly warned that anyone dealing with the vessel could face sanctions.

The Adrian Darya 1 has repeatedly changed its listed destination since it was released from custody. It’s set to offload the oil cargo to smaller vessels that will take the crude to Syria, potentially violating the terms of its release, The Wall Street Journal reported earlier Friday, citing people familiar with its plans. An Iranian government spokesman had said Monday morning that the oil aboard the vessel was sold to an unnamed buyer. Turkey said Friday morning that the Adrian Darya 1 had set a destination of Lebanon, setting off confusion, according to a Reuters report; maritime data had reportedly showed the vessel as heading to Turkey’s Iskenderun port, north of Syria’s Baniyas refinery, its suspected original destination.

The Adrian Darya 1 changed its owner and operator on July 15, while it was in the custody of Gibraltar, to Panama-based Ocean Mark Shipping Inc., according to maritime data. The company was established in March, Panamanian corporate records show.

Prior to the transfer, the vessel was operated by Singapore-based Iships Management Private Limited, which was referred to as “Company 1” in the forfeiture complaint.

Iran responded to the seizure of the Adrian Darya 1 by seizing the Stena Impero, a U.K.-flagged tanker, as it traveled through the Strait of Hormuz. The chief executive of Stena Bulk, the owner of the vessel, said last week he met with Iranian Foreign Minister Mohammad Javad Zarif to discuss the matter. The Stena Impero remains in Iranian custody, according to media reports.

Analysts from the Iran team contributed to this report.