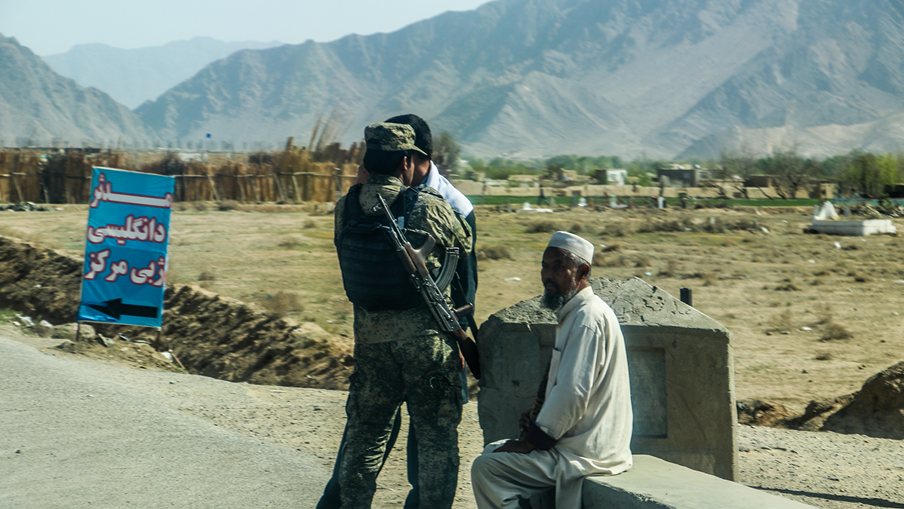 Afghanistan security forces are seen around Kabul just before the Taliban take over the country. (Source: Shutterstock)

The U.S. government on Monday sanctioned a financier of the Afghan affiliate of Islamic State of Iraq and al-Sham (ISIS), along with three of the group’s leaders.

Ismatullah Khalozai has been an international financial facilitator for Islamic State’s Khorasan Province, which is commonly referred to as ISIS-K, having carried out missions for senior ISIS leadership, according to the U.S. Treasury Department. He operated a hawala business in Turkey for two years that transferred funds to finance ISIS-K operations, the Treasury said.

“The Biden Administration is committed to rooting out terrorist financing networks around the world,” said Andrea Gacki, director of the Treasury’s Office of Foreign Assets Control (OFAC).

Khalozai previously operated a finance scheme based in the United Arab Emirates that involved sending luxury items abroad for resale to generate funds for ISIS-K, according to the Treasury. He also carried out human smuggling operations for the group, including personally smuggling an ISIS-K courier from Afghanistan to Turkey, the Treasury said.

Ghafari is the overall emir of ISIS-K, having been appointed by the core group in June 2020; he is responsible for arranging funding and approving operations across Afghanistan, the State Department said. Rajab is a senior ISIS-K leader in Kabul, and Azam has been the ISIS-K spokesman since the group first came to Afghanistan, according to the State Department.

“We will continue to use all levers of American power to target terrorists who plot operations to indiscriminately kill civilians around the world, and those who enable, facilitate and finance their acts,” said Secretary of State Antony Blinken.

As of Sept. 30, the U.S. had sanctioned 99 ISIS-associated individuals and organizations, according to a report released Monday by the Treasury’s inspector general’s office. The group still uses money-service businesses (MSBs) such as hawalas, to move funds around, often relying on facilitators in Turkey or other financial centers, the inspector general’s report said.

The latest moves against the ISIS-K leaders and financier come as the group keeps up its battle against the Taliban, which took over Afghanistan this summer amid the U.S. withdrawal.

ISIS-K stepped up its attacks across Afghanistan since the Taliban takeover, aiming mostly at Taliban units and the country’s Shia minority, The New York Times reported earlier this month. It has gained ground across all Afghan provinces, and the Taliban’s action to curb the group relies heavily on extrajudicial detentions and killings of suspected members, Deborah Lyons, the United Nations special envoy to Afghanistan, said at a meeting of the U.N. Security Council.

The Taliban, which has been under U.S. sanctions since 2002, has begged for access to Afghan finances and international aid as the country’s economy craters and more than one-fifth of the population nears famine.

The U.S. in September issued licenses to ease the flow of humanitarian aid into Afghanistan. Any assets the Afghan government has in the U.S. aren’t being made available to the Taliban; the Federal Reserve Bank of New York, which maintains accounts for the Afghan central bank, suspended transactions following the Taliban takeover, the inspector general’s report said.