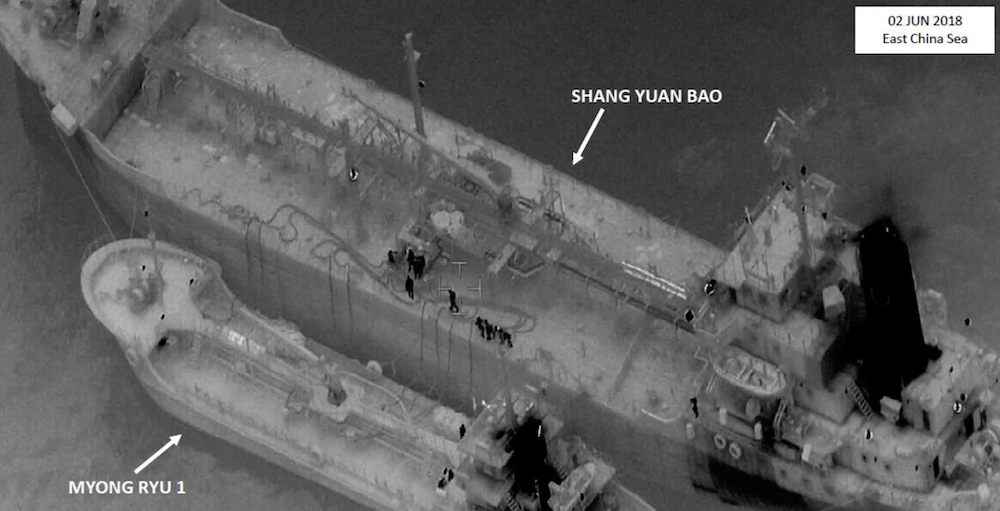 The U.S. Treasury Department on Friday imposed sanctions as part of its continued focus on illicit ship-to-ship transfers by North Korea.

The U.S. and its allies have significantly increased the use of sanctions over the past two years to combat illicit maritime commerce, Kharon found in a recent white paper. In May, the U.S. seized the Wise Honest, a North Korean vessel, for violating sanctions; the vessel was put up for sale by auction by the U.S. Marshals Service; it’s unclear, however, whether it has been sold.

Earlier this year, the U.N. Panel of Experts highlighted the increased use of illicit ship-to-ship transfers by North Korea to obtain illicit goods. Through the transfers and other activities, North Korea evades U.N. sanctions, the Treasury said Friday.

“Shipping companies trading with North Korea are exposing themselves to significant sanctions risk, despite the deceptive practices they try to employ,” said Treasury Under Secretary Sigal Mandelker.

Huang and Chen are married, the Treasury said. All three companies have used an address in the Sanmin District of Kaohsiung, Taiwan, according to maritime records reviewed by Kharon and identifying information published by the Treasury on Friday. The address is also used by a Panama-based company called Sea Commander Shipping S.A., which operates three vessels: the Sierra Leone-flagged Fa Zhan and Pearl No. 2, and the Togo-flagged Wan Xiang. Chen and Huang are both listed as directors of Sea Commander Shipping.

Also Friday, the Treasury identified the vessel Shang Yuan Bao as blocked property; the entities and individuals designated have an interest in the vessel, according to the Treasury.

The Shang Yuan Bao conducted at least two ship-to-ship transfers with North Korea-flagged vessels, both of which later offloaded their cargo in the port at Nampo, North Korea, according to the Treasury. In June 2018, it conducted one with the Myong Ryu 1, a North Korean vessel.

The Shang Yuan Bao, which carries a Panamanian flag, was sanctioned by the U.N. in October 2018 for engaging in a ship-to-ship transfer with the U.N.-designated North Korean vessel Paek Ma. Huang, the chief executive and largest shareholder of Jui Pang, a Taiwanese marine cargo handling company, worked with several others to use the Shang Yuan Bao to transport 1.7 million liters of petroleum products to the Paek Ma, according to the Treasury. The Paek Ma was identified as property of Paekma Shipping Co, a company sanctioned in February 2018.

Shen Jui-chang and Hung Yueh-ning are both shareholders and directors of Jui Pang, while Hung Ching-i is a shareholder and a supervisor of the company, records show.

Jui Cheng’s shareholders are Huang Chin-fu, Yeh Chih-cheng, and Huang Chu-fu, none of whom were sanctioned in Friday’s action, according to Hong Kong corporate records. All three individuals listed the Sanming District address on the company’s annual report.