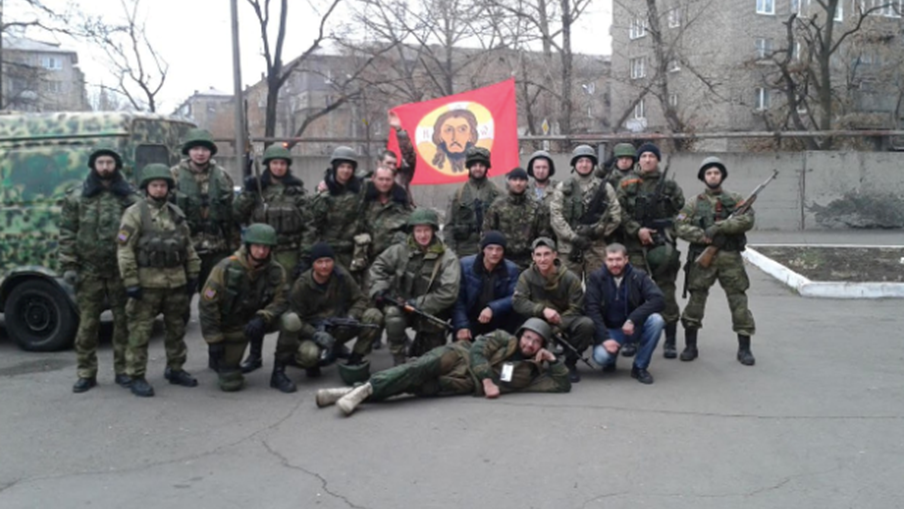 (Photo: The Imperial Legion, a paramilitary wing of the Russian Imperial Movement, poses for a photo posted to the group’s VKontakte page.)

The U.S. State Department on Monday sanctioned the Russian Imperial Movement (RIM), in what a U.S. official said marked the first time Washington has ever designated a foreign white supremacist terror group.

RIM provides paramilitary-style training to neo-Nazis and white supremacists, and it plays a prominent role in trying to rally like-minded Europeans and Americans to a common front against their perceived enemies, said Nathan Sales, the U.S. State Department coordinator for counterterrorism, during a briefing. The U.S. also sanctioned three of RIM’s leaders.

“These designations are unprecedented,” Sales said. “We are taking actions no previous administration has taken to counter this threat.”

The move was made under U.S. counterterrorism sanctions authorities that were expanded last year and have historically been used against Islamist organizations.

U.S. white supremacists have cited Russia as a base of support for years, Just Security reported in February. RIM operates with “tacit” approval from the Kremlin, which doesn’t directly support the group but also does nothing to combat its activities, the Just Security report said.

In response to a question from a reporter about any potential ties between RIM and the Russian government, Sales called on other countries, including Russia, to use their domestic legal authorities to designate RIM, to deny its members the ability to travel and to cut off the group’s access to the international financial system.

Sales cited 11 days of training RIM provided to two Swedish men in August 2016. Months after the training, the two men worked with another person to conduct a series of terrorist attacks in the Swedish city of Gothenburg, Sales said.

Swedish authorities were able to arrest the attackers, who have since been tried and convicted, Sales noted, adding that the prosecutor who handled the case blamed RIM for radicalizing them and for providing the training that led to the attacks.

Denis Gariyev, one of the three RIM leaders sanctioned Monday, trained volunteers for the Imperial Legion, the group’s paramilitary wing, according to a 2017 Washington Post report. The trainees were largely white-collar and self-employed workers from across Russia, the Washington Post reported. Gariyev eschews politics in the training course, but thinks his cadets will be allies in a forthcoming clash of civilizations, the report said.

“I don’t tell the cadets that they need to become members of one or another political group,” Gariyev was quoted as saying. “I just say that we’re all Russian people and in the coming war we are all going to have to come together — Communists, pagans and Orthodox together.”

The group, which has reportedly trained volunteers to fight in eastern Ukraine, also has global ambitions, according to an interview an unnamed RIM representative gave to ThinkProgress in 2017. Sales said Monday that “we are aware of public reports” that RIM was among the pro-Russian separatist forces fighting in Ukraine.

On its Russian website, the group names several U.S.-based white nationalist groups and publications as among its “international connections.” RIM seeks to cultivate ties with U.S. neo-Nazi and white supremacist groups, according to a report co-released Monday by the George Washington University Program on Extremism and the Anti-Defamation League.