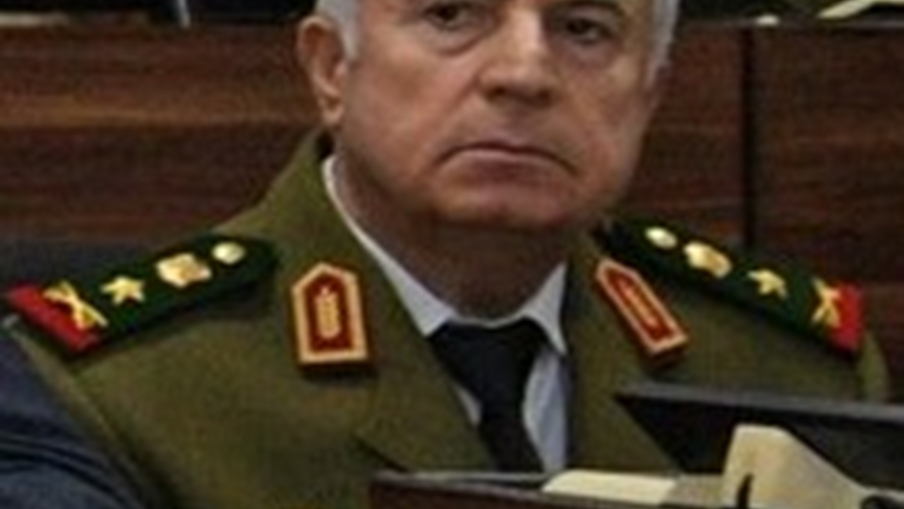 The U.S. State Department on Tuesday imposed sanctions on Syrian Defense Minister Ali Abdullah Ayoub for his role in preventing a ceasefire in northern Syria, resulting in a humanitarian crisis.

Ayoub’s “deliberate actions since December 2019” led to about a million people being displaced, putting them in desperate need of humanitarian aid amid a cold winter in Idlib, the State Department said.

Idlib is the last rebel-held holdout in Syria, as the country’s civil war enters its 10th year. An assault on Idlib launched last year by Syrian President Bashar al-Assad, with help from Iran and Russia, has paused in recent days following an agreement between Russia and Turkey. The bombardments have destroyed schools and hospitals and killed civilians, including medical professionals and first responders risking their lives to save others, according to the U.S.

“We continue to call for an immediate end to the slaughter and a political solution to the Syria conflict,” Secretary of State Mike Pompeo said during a press conference on Tuesday.

Some Syrians have raced back to the Idlib area to salvage their remaining belongings, and those civilians who stayed live in constant fear, according to media reports.

Ayoub, appointed Jan. 1, 2018, as the defense minister, was previously chief of staff of the Syrian army. He was designated in 2011 by the European Union. The U.S. took its action under an executive order signed in October 2019.

Separately on Tuesday, the U.S. Treasury Department announced a series of delistings, including of companies and individuals sanctioned for their involvement with, or facilitation of, the Syrian government.

A Treasury spokeswoman said in an email to Kharon that the department removes hundreds of individuals and entities from the sanctions lists that “for various reasons” no longer meet criteria for designation. “The goal of sanctions is to bring about a positive change in behavior,” she said.

Among those delisted were companies formerly controlled and managed by Swiss national Halis Bektas. Bektas and his companies, Bluemarine SA and Skirron Holding SA, were designated in 2014 for facilitating deceptive transactions on behalf of the Syrian government. Both companies were liquidated in 2017, according to a review of the Swiss corporate registry.

Russian national Arkadiy Mikhailovich Vainshteinwas also delisted; he had been sanctioned in December 2016. According to a Russian media report, Vainshtein is no longer an owner or a member of the supervisory board of Moscow-based Tempbank, which was sanctioned in 2014 for facilitating financial services for and providing millions of dollars in cash to the Syrian government. The Russian central bank revoked the license of Tempbank in 2017; Tempbank has been in liquidation since early 2018, according to its tax record.

Ioannis Ioannou, a Cypriot national designated in October 2014 for helping the Syrian government circumvent sanctions, was also delisted Tuesday. Piruseti Enterprises Ltd, a company of which Ionannou was a director, has been dissolved since May 2018, according to Cypriot records.

And Interlog DRC, a Democratic Republic of the Congo-based company sanctioned in 2018 for being affiliated with Israeli businessman Dan Gertler, was delisted. On an archived page of its website from 2018, Interlog named several mining companies with which it had worked, including Katanga Mining Limited, a Switzerland-based firm formerly owned in part by Fleurette Properties Limited, another Gertler-affiliated firm.

Katanga Mining agreed with Canadian regulators in 2018 to pay CAD 28.5 million to settle allegations that it had hid the risks associated with its ties to Gertler from investors.