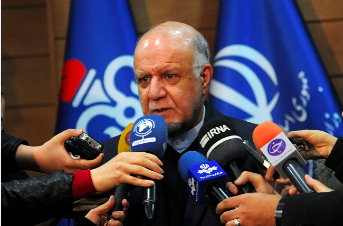 The U.S. Treasury Department on Thursday sanctioned five companies based in the United Arab Emirates that facilitate Iran’s oil and petrochemical sales.

The five companies collectively bought hundreds of thousands of metric tons of petroleum products in 2019 from the National Iranian Oil Company (NIOC), the Treasury said. NIOC, which is owned by Iran’s petroleum ministry, is in charge of the country’s natural gas and upstream oil production; it’s the largest state-owned company in Iran.

The U.S. has sanctioned companies and individuals involved in the purchase of Iranian oil.

Iran’s oil and petrochemical industries are major revenue sources for the government, which uses the funds to support activity across the Middle East by the Islamic Revolutionary Guard Corps-Qods Force (IRGC-QF), according to the Treasury. The IRGC was designated in April 2019 as a foreign terrorist organization (FTO).

The sanctions also come amid a plunge in the price of oil: U.S. crude prices dropped Wednesday to their lowest level in 18 years due to global travel restrictions in response to the coronavirus outbreak and a Saudi-Russian price war. Iran, one of the countries worst affected by the virus, reported on Thursday a death toll of 1,284, according to a Health Ministry official. The U.S. is considering whether to intervene in the Saudi-Russian standoff, The Wall Street Journal reported, citing people familiar with the matter.