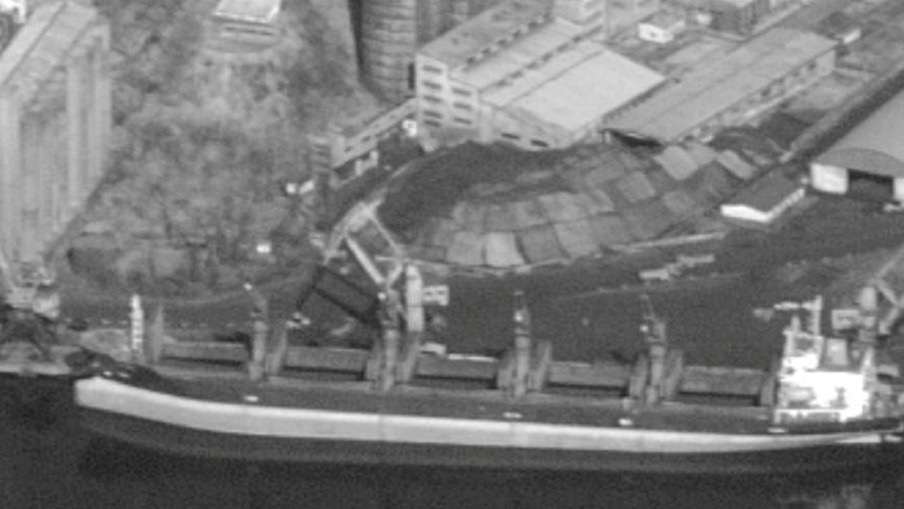 U.S. authorities announced Thursday their first-ever seizure of a North Korean cargo ship for violating international sanctions, alleging in a civil asset- forfeiture complaint that Pyongyang sought to use the vessel to export high-grade coal and import heavy machinery.

The WISE HONEST, a 17,061-ton single-hull bulk carrier ship flying a North Korean flag, was one of the country’s largest vessels of its kind. A “bulk carrier” is a type of vessel designed to carry unpackaged cargo, such as coal, ore or cement, in its hold.

U.S. officials said that the WISE HONEST was part of a broader sanctions-evasion scheme conducted by the North Korean government. The vessel, according to the complaint and United Nations sanctions monitors, exhibited many of the characteristics cited in a recent U.S. Treasury Department advisory as methods of North Korean maritime sanctions evasion, including location-data deception, using multiple flags, and ship-to-ship transfers of illicit cargo.

WISE HONEST hadn’t broadcast a signal depicting its location, known as its Automatic Identification System (AIS), since August 2017, prosecutors said. AIS signals are publicly available; continuous operation of AIS “is a critical factor” for safe ship operating, and it’s rare for a vessel engaged in legitimate transit to turn off its AIS system, according to the complaint.

The vessel was last seen in April when the Indonesian Navy interdicted WISE HONEST off the coast of Balikpapan while it was sailing with its AIS transponder turned off and falsely flying a Sierra Leone flag, according to a March U.N. Panel of Experts report. It was carrying nearly $3 million in North Korean coal when captured; WISE HONEST intended to conduct a ship-to-ship transfer of the coal to an unnamed Russian vessel when detected by Indonesian authorities, the U.N. report said.