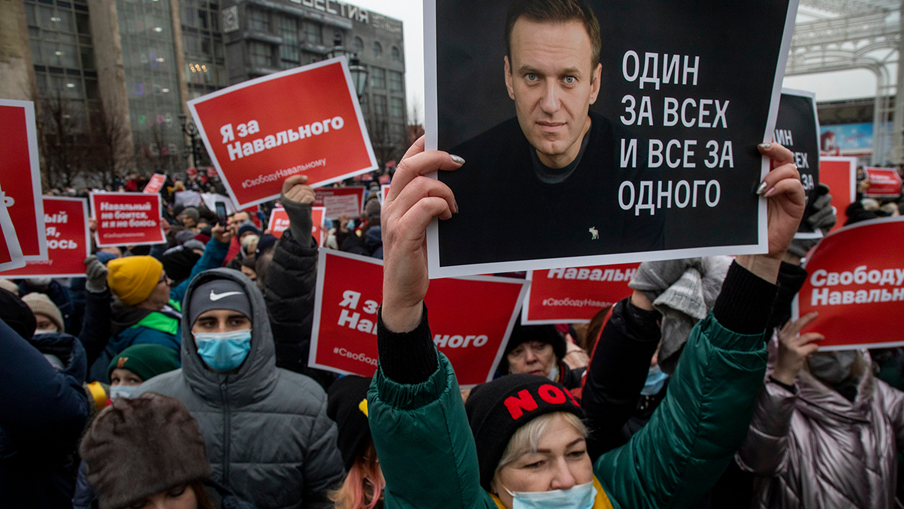 The U.S. and U.K. on Friday sanctioned security services operatives involved in the planning and execution of the August 2020 poisoning of jailed Russian opposition figure Alexey Navalny, marking the anniversary of the incident by condemning Moscow’s use of chemical agents.

As part of its response, the U.S. added a number of other measures, including designations of entities involved in Russia’s chemical weapons program and of scientific laboratories developing the country’s capabilities. Under an anti-chemical warfare statute, the U.S. also imposed import restrictions on Russian firearms and export controls on nuclear and missile-related goods.

“We remain determined to uphold the global norm against the use of chemical weapons,” the U.S. and U.K. governments said Friday in a joint statement.

Navalny, an anti-corruption activist who leads a political movement, was poisoned by Russia’s Federal Security Service (FSB) with a chemical agent called novichok, causing him to fall gravely ill during a flight back to Moscow from Siberia, he and Western governments say. He has been a target of FSB wiretap and covert video surveillance for many years, the U.S. said.

Moscow denies the allegation. Navalny recovered in Germany and returned to Russia, where he was imprisoned on charges he believes are politically motivated. Navalny’s political movement was banned as extremist, and on Friday Russian authorities ordered mobile app stores to remove his app, saying it was being used to promote the activity of an extremist group. Last week, Russian authorities filed another criminal case against Navalny, accusing him of creating an organization that infringes on the rights of citizens. In a letter from prison dictated to his lawyers published on Thursday, Navalny called for global action against corruption, including personal sanctions on oligarchs in the Russian leader’s inner circle.

The latest sanctions follow action by the U.S. and European Union in March and a response in October 2020 by the EU and the U.K. Among those sanctioned Friday by both the U.S. and U.K. were Alexey Alexandrov and Ivan Osipov, the Russian operatives who were reportedly two of the main perpetrators of the attack on Navalny. Vladimir Panyaev, an FSB operative who reportedly tailed Navalny on several occasions prior to the poisoning, was also sanctioned.

The U.S. sanctioned the FSB Criminalistics Institute, a subunit originally founded under the KGB as a specialized laboratory. The U.S. and U.K. both sanctioned its director, Kirill Vasiliev, and his deputy, Stanislav Makshakov, as well as Vladimir Bogdanov, chief of the FSB's Special Technology Center, an entity which oversees the activities of the criminalistics institute.

Vasiliev communicated with Makshakov in the months preceding the poisoning, specifically during an incident believed to be a prior attempt against Navalny; Bogdanov was in contact with individuals implicated in the poisoning both before and after the attack, according to the U.S.

The U.S. also sanctioned the State Institute for Experimental Military Medicine (GNII VM), a scientific research organization specializing in security and defense that operates under the ultimate authority of the Russian Ministry of Defense. GNII VM has collaborated with Russian research centers sanctioned in March for helping develop Russia’s chemical weapons capability, according to the U.S. Treasury Department.

The Russian research centers, two of which were re-sanctioned Friday, rely on U.S. and European-made laboratory equipment and chemicals, Kharon reported last month.

GNII VM itself was seeking Western equipment and chemicals as recently as early June, Kharon found at the time.