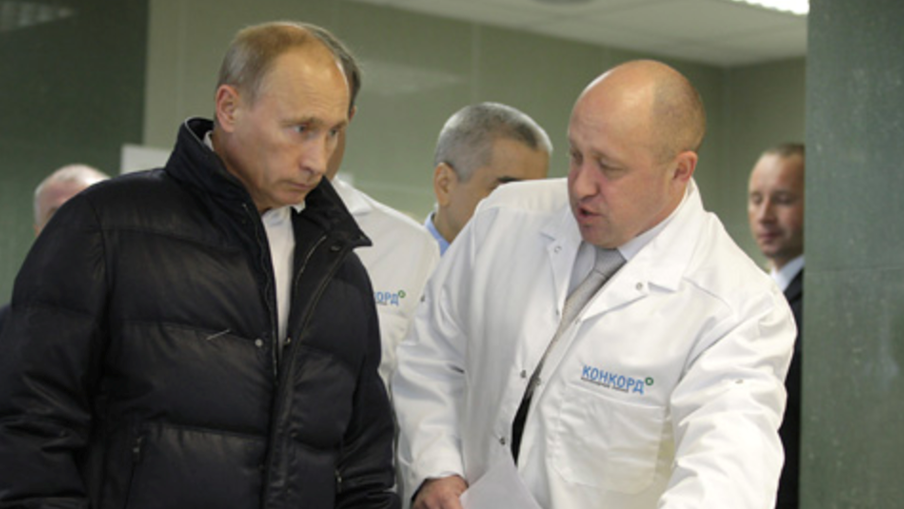 Vladimir Putin and Yevgeniy Prigozhin in 2010 (Photo: archive of the Government of the Russian Federation)

Both were sanctioned in March 2018 for their involvement in 2016 U.S. election interference. Prigozhin funded the operations of the Internet Research Agency, the Treasury said then.

They were also involved in an effort to influence the 2018 U.S. midterm elections, the U.S. Treasury Department said Monday.

The Internet Research Agency conducted a variety of activities that were part of a broad campaign to try to influence the U.S. political system, including the use of fictitious personas and false information disseminated in an attempt to influence the 2018 U.S. midterm elections, according to the Treasury.

“Free and fair elections are the cornerstone of American democracy, and we will use our authorities against anyone seeking to undermine our processes and subversively influence voters,” said Secretary Steven T. Mnuchin.

The designations were the first made under a September 2018 executive order authorizing sanctions in the event of foreign interference of a U.S. election, the Treasury said. There was no indication, however, that foreign actors compromised infrastructure in ways that would have prevented voting, changed vote counts or disrupted the tallying of votes in the 2018 midterm elections, according to the Treasury.

The Russian Ministry of Foreign Affairs said it was “puzzled” by the latest U.S. sanctions, saying it was “notable” that some of the individuals were sanctioned for a second or third time. “Either the authors of these lists lack imagination, or they have lost their way in the maze of their numerous lists,” the ministry said.

“We understand that these moves reflect the ongoing political crisis in the United States, where the Washington establishment is using Russia as an instrument for attaining their vested interests,” the ministry said. “As usual, the anti-Russia move will not remain unanswered.”

Prigozhin, who has been nicknamed “Putin’s chef” because his restaurants had hosted and catered meals for meetings between foreign dignitaries and Russian President Vladimir Putin, was also designated in December 2016 for assisting Russian senior officials. He was one of 13 Russians charged in February 2018 for interfering in the 2016 U.S. elections; the operations began as early as 2014, according to the indictment. Prigozhin denied the allegations.

Prigozhin’s wife owns luxury real estate projects and a high-end boutique developed by firms that financed the Internet Research Agency, Kharon reported in January. His exploits on behalf of Putin have received significant media attention; he is “the central figure” behind Russian involvement in the Central African Republic, The New York Times reported on Monday.

The Treasury on Monday also sanctioned six members of the Internet Research Agency; four of them —  Dzheykhun Aslanov, Mikhail Burchik, Vadim Podkopaev and Vladimir Venkov — had been designated in March 2018 for their roles at the firm.