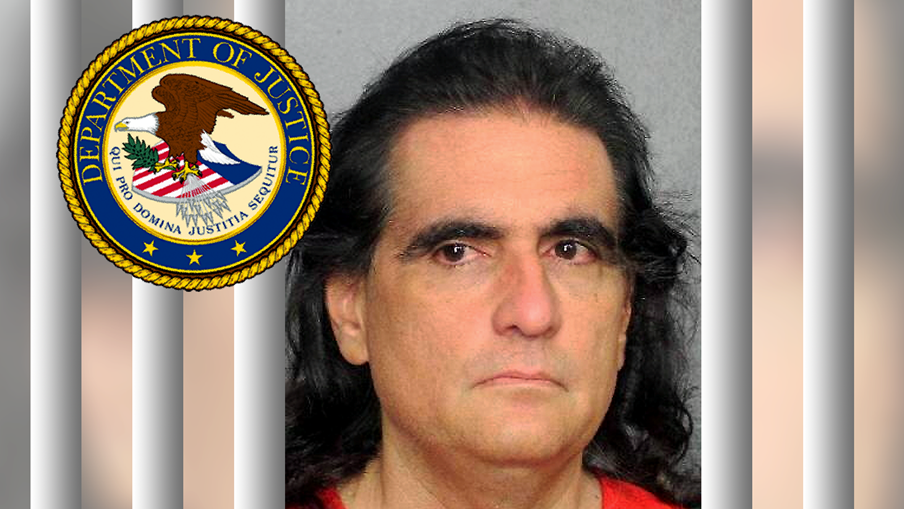 Alex Nain Saab Moran, a Colombian businessman closely linked to the leader of Venezuela, was extradited over the weekend to the U.S., where he will face charges that he laundered the proceeds of a foreign bribery scheme.

Saab, who was sanctioned by the U.S. in July 2019, made his first court appearance on Monday and arraignment was scheduled for Nov. 1, according to the court docket. He was arrested in June 2020 at the request of U.S. authorities as his aircraft was refueling in Cabo Verde, an island nation off the coast of West Africa. Saab had fought the extradition, claiming, among other things, that he had diplomatic immunity by virtue of a role as a Venezuelan envoy to Iran.

Days before the extradition, the U.S. had filed a reply brief to Saab’s appeal at the U.S. Court of Appeals for the 11th Circuit, saying the court lacks jurisdiction to question a lower court’s denial to dismiss his fugitive status and that Saab needed to present himself to challenge the charges.

Saab and Alvaro Enrique Pulido Vargas, a business partner who was sanctioned alongside him, were indicted in the U.S. on charges they had laundered funds relating to a Venezuelan government-issued housing contract. They and others allegedly bribed Venezuelan officials to approve false and fraudulent import documents for goods never sent to Venezuela, and they accessed a favorable government-controlled foreign exchange rate, according to prosecutors.

U.S. allegations of Saab and Pulido go far beyond the housing contract, however: They are accused of, among other things, profiting off hungry and vulnerable Venezuelans by skimming millions from a scandal-ridden food aid program called Los Comités Locales de Abastecimiento y Producción, or CLAP. As much as 70 percent of the CLAP program’s funds have been lost to corruption, the U.S. Treasury Department has estimated.

Venezuelan leader Nicolas Maduro used CLAP as a method of social control, the U.S. has said. Maduro’s government created a “digital militia” under the CLAP umbrella to maintain his hold on power, Kharon reported in 2019. Maduro himself was sanctioned in 2017, and he was later charged with narco-terrorism and the U.S. announced a USD 15 million reward for his arrest. Nevertheless, Maduro still leads Venezuela and the U.S. referred to him as a “de-facto ruler.”

Saab has exploited his ties to Maduro insiders since at least 2009, including through kickbacks to Maduro’s step-children in exchange for government contracts, according to the Treasury. Sanctions on the two businessmen and their corporate network, which spans the globe, were tightened in September 2019. The U.K. designated the pair in July 2021 under its own anti-corruption sanctions regime. Saab was separately accused by the U.S. of aiding in a conspiracy to buy the votes of opposition Venezuelan lawmakers.

Maduro’s government reacted furiously to the extradition, suspending negotiations with the opposition and throwing six American oil executives it accuses of corruption back in prison. Saab’s wife led a small rally on Sunday in Caracas protesting against what they called his “kidnapping,” according to a report by the Associated Press.

In response to a question about Venezuela’s actions, U.S. State Department spokesman Ned Price said Monday that Maduro needs to end human rights abuses of his people, and the U.S. seeks the restoration of democracy in the country through negotiations with the opposition.

“They are putting the case of one individual above the welfare, above the well-being, above the livelihoods of the millions of Venezuelans who have made clear their aspirations for democracy, for greater freedom, for prosperity, and, at a most basic level, an alleviation of the humanitarian suffering that the regime has inflicted on the Venezuela people,” Price said. “The criminal charges against Saab long predate and have no relation to the political negotiations between the unity platform and the Maduro regime. These operate on a separate track.”