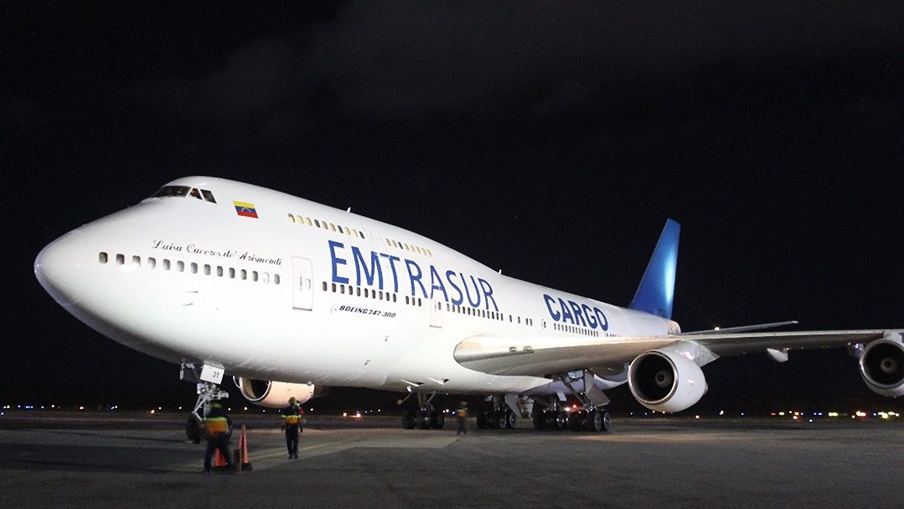 Earlier this month, the U.S. Commerce Department’s Bureau of Industry and Security (BIS) and the Department of Justice announced coordinated actions against the Venezuela-based cargo airline Empresa de Transporte Aéreocargo del Sur, S.A. (EMTRASUR). The actions, announced on August 2, were in response to the transfer of a U.S.-origin Boeing 747 from the sanctioned Iranian airline Mahan Air to EMTRASUR in violation of U.S. export controls, as well as EMTRASUR’s export control violations related to flying the aircraft between Venezuela, Iran, and Russia.

Mahan Air, designated by the Treasury Department in 2011 for providing support to the Islamic Revolutionary Guard Corps-Qods Force (IRGC-QF), has been on the BIS’s Denied Persons List since 2008.

In October 2021, Mahan Air transferred to EMTRASUR a Boeing 747-300M that it had owned and operated since 2007, in violation of the TDO, according to an affidavit filed by the FBI in support of a seizure warrant in July.

EMTRASUR operated the Boeing Aircraft on flights between Caracas, Tehran, and Moscow between February and May 2022, documented in a Mahan Air flight log found on the aircraft by Argentinian authorities in June, according to the affidavit.

The captain was identified as Gholamreza Ghasemi, an ex-commander for the Islamic Revolutionary Guards Corps and a shareholder and director of the Mahan Air-controlled airline Qeshm Fars Air, designated in 2019 for facilitating IRGC-QF activities in Syria.