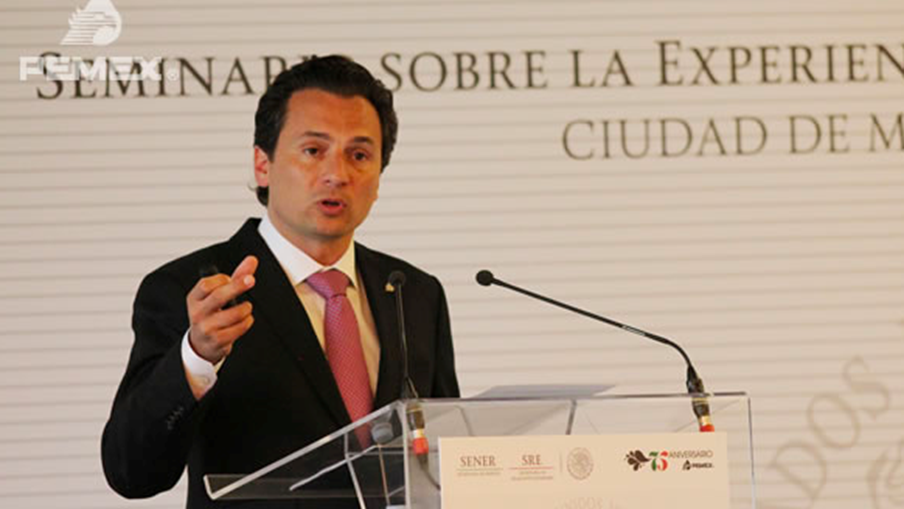 Mexican prosecutors last Friday obtained an arrest warrant for Emilio Lozoya, the former head of state-owned gas company Pemex, marking the latest escalation in the country’s pursuit of officials implicated in corruption conspiracies during the prior administration.

Lozoya, Pemex's chief from 2012 to 2016 and a top adviser to former president Enrique Peña Nieto, is wanted on allegations linked to the bribery scandal involving Brazilian construction giant Odebrecht S.A. His wife, sister and mother are also wanted in the case, prosecutors said.

Odebrecht has admitted to paying hundreds of millions of dollars in bribes to corrupt officials across the globe, especially in Latin America; the company agreed to billions in fines and countries have launched investigations of the alleged recipients. Media reports from the past two weeks, citing leaked documents circulated by the International Consortium of Investigative Journalists, purport to show that the bribery by Odebrecht was more extensive than the company has admitted to date.

The warrants for Lozoya and his family follow a late-May freeze of bank accounts by the country’s Financial Intelligence Unit (FIU) relating to the sale of a fertilizer plant to Pemex by Altos Hornos de México, S.A.B. de C.V. (AHMSA), a steel conglomerate, while Lozoya led Pemex. Mexico’s government alleges that the sale price of the plant was inflated by about 10 times, to Pemex’s detriment. The FIU froze bank accounts associated with Lozoya and AHMSA, as well as two other entities; Alonso Ancira Elizondo, AHMSA’s chief executive; and six others. Ancira was arrested on May 28 in Spain. The FIU released AHMSA’s accounts in mid-June, saying the company’s financial operations were being severely disrupted by the action.

Lozoya has denied the allegations against him, saying he’s the subject of a political persecution, according to an AFP report.

The Mexican government, now led by Andres Manuel Lopez Obrador, has not shied away from pursuing corruption investigations against Peña Nieto-era officials. Two former governors, a sitting Supreme Court justice and a senior judge are under investigation. In May, the U.S. Treasury Department worked with the Mexican government to impose sanctions on one of the former governors and the federal judge.