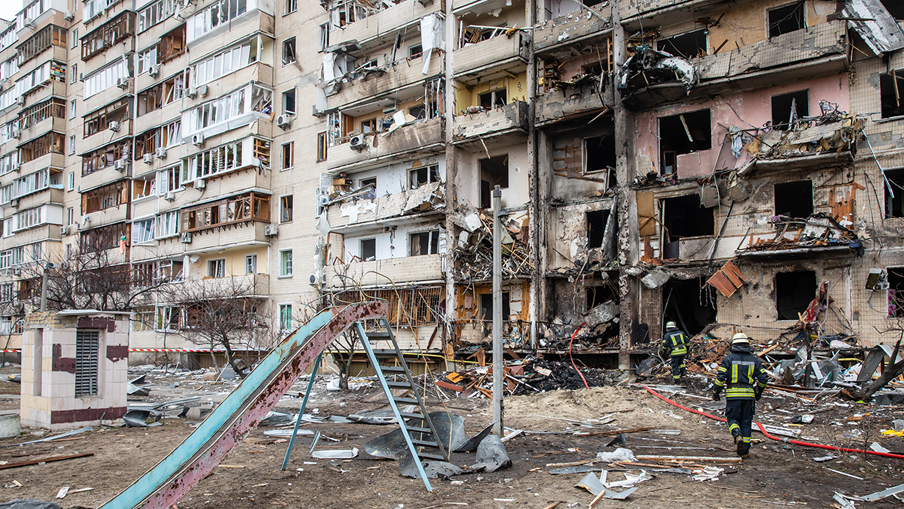 Restrictions on exports to Russia and Belarus are escalating amid the ongoing Russian invasion of Ukraine.

The U.S., U.K., European Union and Canada have all announced export controls in recent days. Allies in Asia, including Australia, South Korea and Japan, also introduced restrictions. Taken together, the measures aim to affect a vast array of industries and hamper Moscow’s war effort. The export controls come as part of a broad response to the Russian invasion of Ukraine.

“We’re choking Russia’s access to technology that will sap its economic strength and weaken its military for years to come,” President Joe Biden said during the State of the Union address.

In the immediate wake of the invasion, the U.S. Commerce Department introduced restrictions primarily focused on Russia’s defense, aerospace, and maritime sectors, imposing a presumption of denial on sensitive items such as semiconductors, information security equipment, lasers and sensors. The measures also cover foreign-produced items made using U.S. software or technology, though the countries implementing similar restrictions are exempt.

“This multilateral approach to controls dramatically curtails the quantity and scope of products that can now be legally exported to Russia,” the law firm Foley & Lardner LLP told clients.

The Commerce Department on Wednesday announced similar export controls on Belarus, saying the expanded application will help prevent the diversion of items to Russia and will degrade the ability for both countries to sustain the military assault. “Belarus’s choice to enable Russia’s horrific assault on the people of Ukraine has rightly drawn international condemnation,” said Thea D. Rozman Kendler, assistant secretary of Commerce for export administration.

Further U.S. measures will restrict exports of oil and gas extraction equipment to Russia and to entities supporting the Russian and Belarusian military, according to a White House fact sheet.

The EU announced Feb. 25 that it would prohibit the sale, supply, transfer or export to Russia of goods and technologies used in oil refining, as well as bans on items for the aviation and space industry, including the sale of spare parts and equipment to Russian airlines. The bloc also announced further restrictions on dual-use exports, as well as the provision of goods and technology that could contribute to development of Russia’s defense and security sectors.

“This is a broad licensing requirement, essentially requiring EU companies to obtain authorization from member state authorities to export nearly any item on the EU dual-use control list to Russia,” the law firm Kelley Drye & Warren LLP said in a note to clients.

On Tuesday, the EU expanded its sanctions and trade restrictions on Belarus, tightening controls on exports of dual-use goods and military-related technology, as well as further curbs on goods used in industrial production, including for tobacco and potassium chloride.

The U.K., meanwhile, issued new regulations widening the scope of its export controls and removed Russia as a permitted destination for nine open general export licenses, according to an alert to clients from the firm Hogan Lovells LLP. Canada also made changes regarding dual-use goods, issuing a notice to exporters and brokers that the country would stop issuing permits to provide certain items to Russia as of Feb. 24. Existing Canadian permits were also canceled, affecting transactions worth up to C 700 million, the law firm McMillan LLP told clients.

“Canada and our allies are united in our condemnation of President [Vladimir] Putin and his war of aggression, and we are united in our support for the remarkable Ukrainians who are so bravely resisting his assault,” Chrystia Freeland, the Canadian deputy prime minister and minister of finance, said Thursday.