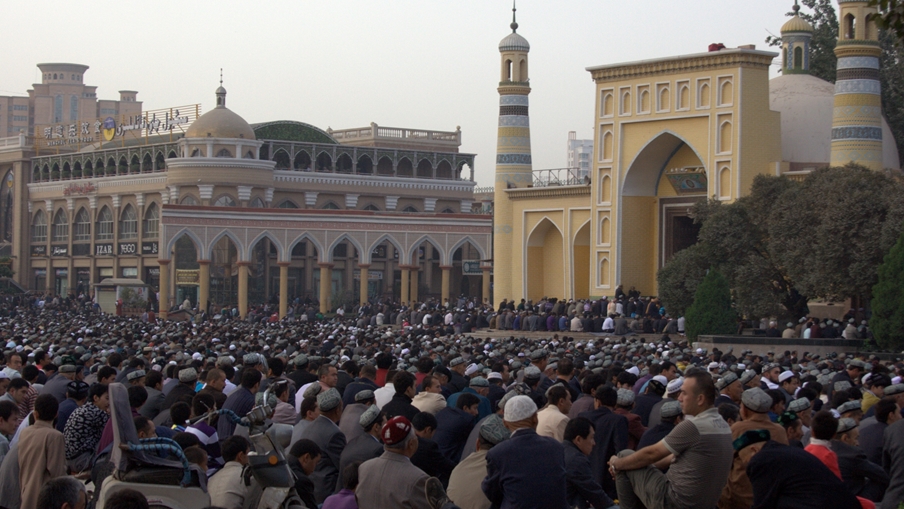 U.S. technology has aided the expansive high-tech surveillance network operated by authorities in Xinjiang, where China collects data on faces, DNA and other personal information.

Chinese government documents leaked to the media and to advocacy groups in recent years have exposed the extent of the surveillance effort, and the technology used to carry it out. A centralized system, known as the Integrated Joint Operations Platform (IJOP), uses an algorithm fed with information from a network of facial recognition cameras, checkpoints and informants to generate lists of suspects for security officials to round up and place in internment camps.

“Authorities in Xinjiang built a comprehensive database that tracked the movements, mobile app usage, and even electricity and gasoline consumption of inhabitants in the region,” the U.S. State Department said in the China entry of its annual country reports on human rights, released in March. Secretary of State Mike Pompeo singled out China’s treatment of Uighurs in Xinjiang when announcing the report’s release.

Xinjiang is an autonomous region in northwest China home to a wide array of ethnic groups, including Uighur Muslims. The Chinese government’s operations there are internal “lawful counterterrorism and deradicalization efforts” backed by “people of all ethnic groups” and “recognized and commended by the international community,” a foreign ministry spokesman said in March, responding to the U.S. human rights report.

“The U.S is in no place to make wanton comments on them,” he said. “We urge the U.S. to reflect upon and correct its mistake. It should stop interfering in China's domestic affairs using human rights as a pretext, or else it will only be met with stronger opposition of the Chinese people.”

Some of the population control methods used in Xinjiang have served as a model for China’s efforts to slow the spread of the coronavirus epidemic, The Wall Street Journal reported in March. Xinjiang has reopened schools and workers are back on the job despite the ongoing threat of infection, according to media reports. The State Department said last year it would impose visa restrictions on Chinese officials involved in human rights abuse in Xinjiang.

The U.S. Commerce Department in October restricted exports to more than two dozen Chinese companies and government entities, including surveillance technology giant Hangzhou Hikvision Digital Technology Co., Ltd., for their role in repression and surveillance of Uighurs in Xinjiang. Hikvision has acknowledged that the U.S. export restrictions harmed its financial performance, according to a recent report by IPVM, a surveillance-focused trade media outlet.

Yutian Haishi Meitian Electronic Technology Co., Ltd., a majority-owned subsidiary of Hikvision, is registered at the same Yutian, Xinjiang, offices as the local public security bureau, records show. The company released the winning bids related to the Yutian smart city projects, according to the tender documents.

Smart city projects use data culled from technology to improve the quality of life for a municipality’s residents, though the bulk of smart city development in China has gone toward deepening surveillance of Chinese citizens by the domestic security services, the Financial Times reported last year. One of China’s first smart city projects was launched in 2012 in Xinjiang, according to a report by Coda Story, which focuses on the uses of authoritarian technology.

U.S.-manufactured technology has made its way into the Xinjiang surveillance infrastructure. In one case, hardware components from major U.S. tech firms are found in a facial recognition system made by Shenzhen Infinova Technology Co., according to a marketing pamphlet for the product. The product “supports accurate recognition of 10 types of face attributes,” including race, dress, and the presence of beards, and it can connect with public security databases to aid in “anti-terrorism work,” the pamphlet said.