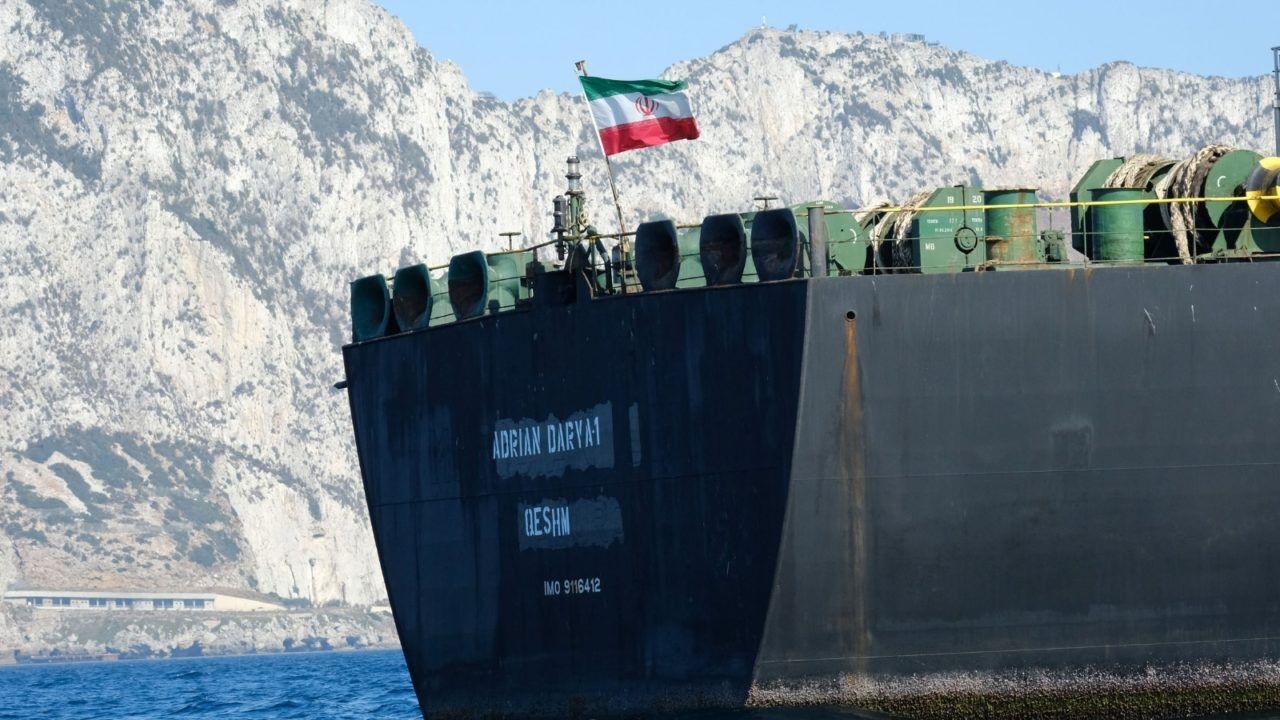 An Iranian tanker formerly known as the Grace 1 has set sail after authorities in Gibraltar rejected a U.S. warrant issued late Friday that sought the vessel’s seizure.

The Adrian Darya 1, flying an Iranian flag, has set a declared destination of Kalamata, Greece, with an expected arrival on Sunday, Aug. 25, according to maritime data. The port in Kalamata, however, usually serves pleasure craft like sailboats and cruise ships, according to Bloomberg News. A listed destination could be changed multiple times during a voyage, the report noted.

The U.S. State Department warned Greece against assisting the Adrian Darya 1, according to a Wall Street Journal report. All Mediterranan states were warned. Greece said Tuesday morning that it hadn’t received a request to dock at the Kalamata Port, Reuters reported.

The vessel, which was previously known as the Grace 1, is carrying more than 2 million barrels of Iranian crude oil. It was impounded in Gibraltar for more than six weeks after authorities there seized the vessel on suspicions it was transporting crude to Syria.

The U.S. late Friday issued a warrant and a complaint seeking forfeiture of the vessel, the oil aboard and about $1 million. Gibraltar’s government said Sunday that it could not seek a court order to seize the vessel on Washington’s request as a result of the operation of European Union law, and the differences in the sanctions regimes applicable to Iran in the EU and the U.S.

U.S. Secretary of State Mike Pompeo said Monday in a TV interview that it was “unfortunate” that Gibraltar released the vessel.

The Adrian Darya 1 didn’t take the new name or the Iranian flag due to sanctions, because the vessel isn’t designated, Iran’s ambassador to the U.K. said on social media. Its cargo belongs to the National Iranian Oil Company (NIOC), he said, citing the bill of lading.

Iranian media broadcast images of the vessel flying the national flag and hailed the country’s “victory” over the U.S. and U.K. A foreign ministry spokesman quoted by Reuters and AFP said any U.S. attempt to seize the tanker would have “heavy consequences.” Abbas Mousavy said: “Such an action, and even the talk of it ... would endanger shipping safety in open seas.”

The U.S. forfeiture complaint alleges a scheme, in which the vessel then-known as the Grace 1 had played a role, to unlawfully access the U.S. financial system to support shipments to Syria from Iran by the Islamic Revolutionary Guard Corps (IRGC). The IRGC is subject to several rounds of U.S. sanctions, and was designated in April as a foreign terrorist organization (FTO).

During recent voyages, the Grace 1 deactivated its Automatic Identification System (AIS) location transponder and conducted ship-to-ship transfers, behavior consistent with potential U.S. sanctions evasion, according to the complaint. The Grace 1 was bound for Port Baniyas, Syria, in violation of U.S. sanctions, when seized by Gibraltar, the complaint said. (Terms of the vessel’s release, according to Gibraltar, included a promise that it wouldn’t travel to Syria.)

In addition, the complaint cited multiple companies engaging in financial transactions through the U.S. financial system related to the vessel’s shipment of Iranian crude, including a Dec. 20, 2018 payment of $4 million from one Saint Kitts and Nevis-based company to another that referenced the Grace 1 and an offshore oil rig. The recipient was located at the same address in Saint Kitts and Nevis as Blue Energy Trade Ltd., a company sanctioned in 2015 for its role in shipping petroleum to Syria. A Singaporean company that chartered the Grace 1 was cited in the complaint as sending $7.1 million to another Saint Kitts and Nevis-based company that has common ownership with the recipient of the December 2018 transaction.