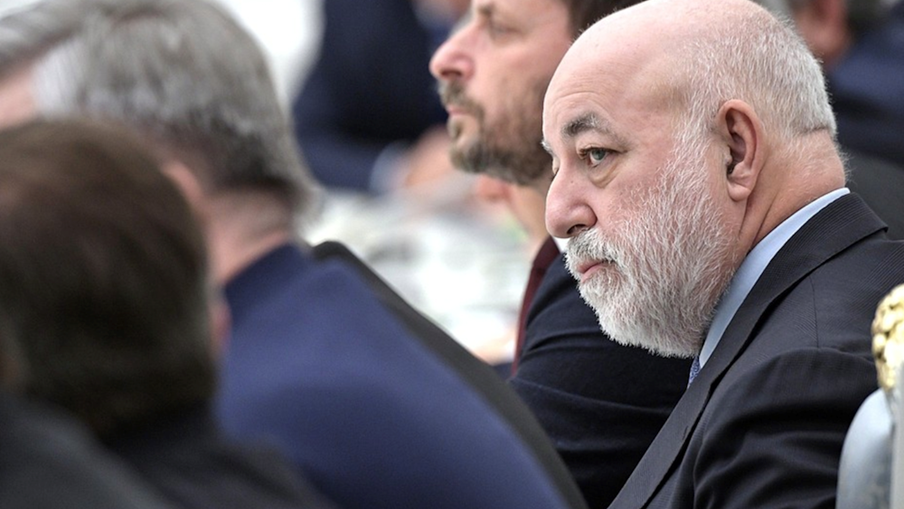 Viktor Vekselberg at a meeting of Russian business representatives in 2017 (Photo: kremlin.ru)

A lawsuit filed in early July by a New York businessman challenged whether a key plank of U.S. sanctions policy is constitutional.

The lawsuit, filed by Andrew Intrater, a private-equity investor, questions whether the so-called “50 percent rule,” a policy of the U.S. Treasury Department’s Office of Foreign Assets Control (OFAC) that automatically blocks any asset majority-owned by a designated party, is an unreasonable seizure under the Fourth Amendment. Attorneys who practice in the area of sanctions said the lawsuit could raise important questions.

“It goes to the heart of the 50 percent rule, and how broad it is,” said Douglas Jacobson, a partner at the international-trade focused firm Jacobson Burton Kelley PLLC, in an interview. “It has potential significant implications to the entire OFAC sanctions regime.”

The lawsuit could test a key element of U.S. policy just as the Treasury uses sanctions to pursue higher-profile designees with wide financial holdings. Challenges to U.S. blocking orders under the Fourth Amendment jumped after the September 11, 2001, terrorist attacks, but courts have come to widely varying decisions on the matter, according to a March 2016 article in the Stanford Law Review.

Intrater is not sanctioned, but Viktor Vekselberg, Intrater’s cousin and a major investor of his, is, however. Vekselberg was designated on April 6, 2018, as was Renova Group, a firm Vekselberg founded that is comprised of investments funds and management companies. Because OFAC believes Renova and Vekselberg hold majority stakes in a number of investment firms run by Intrater, they too were blocked, according to the lawsuit.

“I’m fighting not only to protect my and my partners’ interests but also for the constitutional rights of any American to keep the government’s hands off of their property,” Intrater said in an interview with The New York Times, which reported on his lawsuit.

Vekselberg was sanctioned as part of a group of oligarchs who benefit from Russian corruption, the Treasury said. Renova was designated because of Vekselberg’s ownership and control. The list of companies associated with Vekselberg and the other oligarchs “should not be viewed as exhaustive,” the Treasury said in the designation statement, signaling to “the regulated community” that it “remains responsible for compliance with OFAC’s 50 percent rule.” That compliance effort can sometimes be challenging in the Russia sanctions context, as ownership structures of firms held by sanctioned Russian oligarchs are often highly fluid and the Russian government is helping companies obscure ties to sanctioned parties to limit the effects.

Intrater has already sought to release the property through administrative measures, including by applying for OFAC licenses, but he has yet to receive a response, according to the lawsuit. He and the investment funds have been left “in complete limbo, unable to control, manage, use or dispose of their property,” the lawsuit said. “This interference with plaintiffs’ property is a seizure under the Fourth Amendment.”

Clif Burns, senior counsel at the law firm Crowell & Moring LLP, said the block on Intrater’s property wouldn’t be a seizure under the Fourth Amendment because the U.S. government didn’t take ownership of the property--it merely froze it.

There’s no time limit under which OFAC needs to grant licenses, Burns said. There have been instances in which OFAC makes a decision within days and others in which the process takes years, he said. “That’s up to the agency and its administrative discretion,” Burns said.

Intrater’s life has been upended in the time since the U.S. sanctioned his cousin, according to the Times report and the lawsuit. His firm is effectively shuttered, Wall Street cut ties with him and he lost his TSA PreCheck privileges, the Times reported. Intrater couldn’t get a checking account until he approached the owner of an agricultural bank whom he’d met on a hunting trip, the Times report said. Vekselberg told the Financial Times in June that the sanctions are “a crisis of my life.” He has hired lawyers to help overturn the sanctions, the FT reported.

The sanctions on Vekselberg and OFAC’s lack of response to Intrater’s license requests has caused the value of certain investments to diminish, the lawsuit said. The investments’ ongoing viability is under threat because Intrater and the funds “cannot provide necessary consent” to conduct certain business operations, according to the lawsuit, which then laid out a number of examples of lost investment opportunities.

That the lawsuit was filed by Intrater, an American with Constitutional rights, rather than by a foreign national like Vekselberg, could cause problems for OFAC in court, said Peter Harrell, a former U.S. State Department sanctions official. “If I were OFAC, I'd probably cut Intrater the licenses he wants—which, according to the lawsuit at least would provide no benefit to a sanctioned individual—to avoid getting an adverse ruling here,” he said.

Intrater “looks like he would drop the lawsuit if he got the licenses he has applied for,” said Harrell, who now serves as an adjunct senior fellow at the Center for a New American Security, a Washington, D.C. think tank.