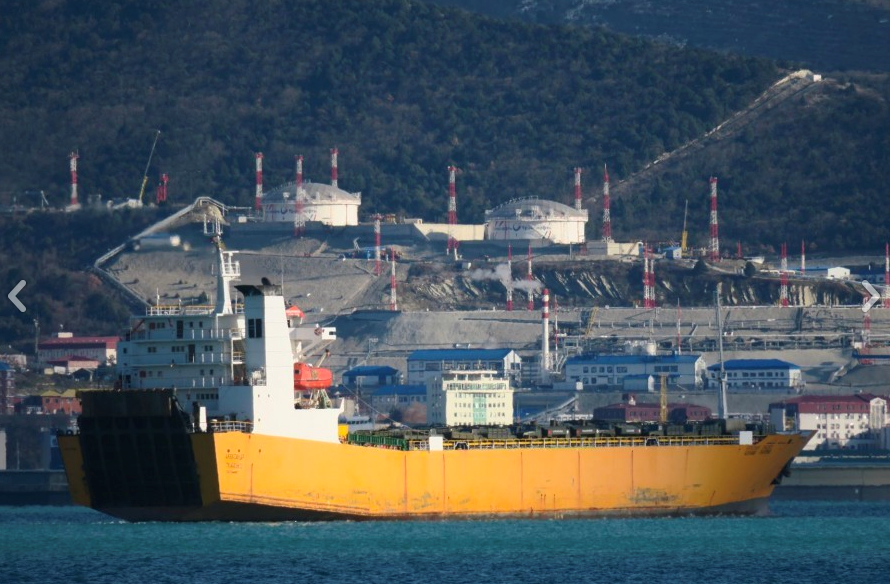 The U.S. Treasury Department on Thursday imposed sanctions on a Russian company and three individuals allegedly behind a sanctions evasion conspiracy to facilitate the transfer of jet fuel to Russian forces operating in Syria supporting the government of Bashar al-Assad.

Assad has consolidated his gains in Syria, ravaged for years by a civil war, and unleashed an assault in the spring on the last rebel redoubt in Idlib province, doing so with Russian help. Hayat Tahrir al-Sham (HTS), sanctioned in May 2018 by the U.S., controls Idlib.

Russia this week called for a political process to stabilize the war-torn country. Moscow has supported Assad in Syria since 2015, including with warplanes and ground forces; it plans to expand an airbase to allow the facility to serve more aircraft, according to a media report. Also Thursday, U.S. intelligence agencies are expected to say that Syrian government forces carried out a chlorine attack in May, according to a report by The Wall Street Journal.

The sanctions against a network bringing jet fuel to Syria aim to blunt the Russian support, Treasury said. “Assad’s despotic regime is under an international spotlight for using chemical weapons and committing atrocities against innocent Syrian civilians, and they rely on these types of illicit networks to stay in power,” said Treasury Undersecretary Sigal Mandelker. “The U.S. is determined to cut off access to the international financial system from those who conspire to violate our sanctions, including those who enable the brutal war machine in Syria.”

Following its designation, Sovfracht relied on vessels owned by Transpetrochart Co. Ltd. to make deliveries of jet fuel to Syria and concealed the effort by conducting business via Maritime Assistance, the Treasury said, citing an investigation by the Federal Bureau of Investigation. Transpetrochart was sanctioned in December 2016 for providing support to Sovfracht. Maritime Assistance made payments on Sovfracht’s behalf to enable the company to continue fulfilling contracts after it was sanctioned, according to the Treasury.

The transactions facilitated the sale and delivery of jet fuel in 2016 and 2017 to Banias, Syria, which was used by Russian military aircraft, the Treasury said.

The three individuals sanctioned Thursday — Ivan Okorokov, Karen Stepanyan, and Ilya Loginov — were charged in June 2018 with conspiracy to violate U.S. sanctions for their roles in the scheme. They all held senior roles at Sovfracht and oversaw the activity at Maritime Assistance, according to the Treasury.

Two other employees of Maritime Assistance and Sovfracht were charged in the case, along with a pair of petroleum inspectors at the Port of Banias and a Syrian national who allegedly used front companies in the United Arab Emirates to move U.S. dollars on behalf of Sovfracht.

The Treasury blocked two wires on May 11, 2017, from Sovfracht that passed through the U.S. totalling nearly $3 million for the delivery of jet fuel to Syria, according to the indictment. Loginov said to co-conspirators in response to the blocking that Maritime Assistance “has been burned,” that it was “unadvisable to make further use of it,” and that they had “to create a new...clean company,” prosecutors said, citing the indictment.

It wasn’t the first instance in which the U.S. saw funds flowing from Sovfracht to Syria for jet fuel deliveries, prosecutors said: The Treasury in January 2016 had blocked a $2.6 million wire transfer; the U.S. government sent Sovfracht a forfeiture notice in September 2016 for the blocked funds.

Also Thursday, the Treasury identified five vessels as blocked property of Transpetrochart: the Yaz, Sig, Sudak, Passat and OT-2077. The Yaz was identified in a March 2019 advisory from the Treasury on Syria-related maritime risks tied to petroleum shipments. Intelligence sources told Reuters in November 2016 that the Yaz “almost certainly” carried fuel to Syria. The general director of Transpetrochart declined to comment when asked by Reuters about the shipments.

The Sig has turned off its automatic identification system (AIS) transponder six times in the last six months while traveling southeast along the Turkish coast, according to maritime data. On each occasion, the transponder turned back on four to six days later, with the vessel traveling northwest back along the coast, the data shows. Turning off the AIS transponder can be an indication of potential maritime sanctions evasion, according to the March 2019 advisory.

The OT-2077 and the Sudak both traveled from the area near Samara, Russia, to the area near Kerch, Crimea, numerous times in the last six months, according to maritime data.

Brian Moser and Abigail Buhrman contributed to this report.