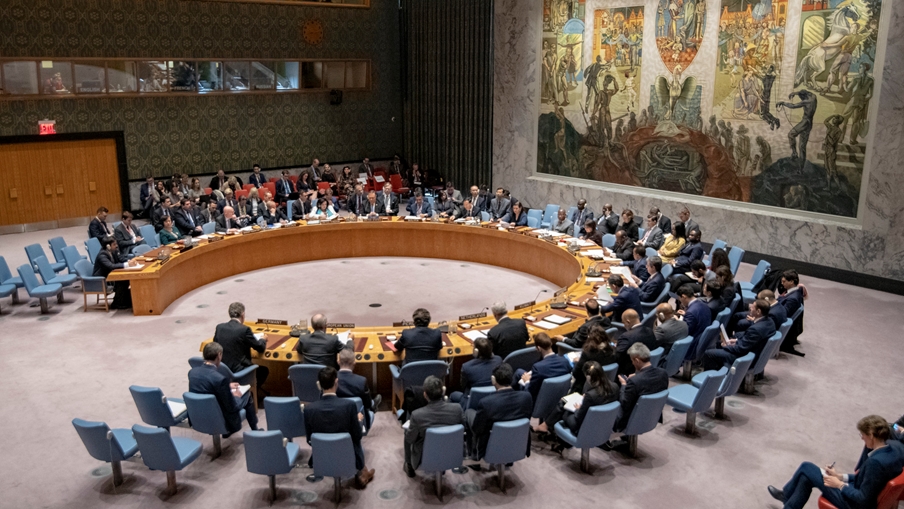 All of the entities -- Indonesia-based Jamaah Ansharut Daulah (JAD), ISIS - Libya and ISIS - Yemen, were previously designated by the U.S. Last month, the U.N. sanctioned two African wings of ISIS. The U.S. State Department’s counterterrorism bureau said on social media that it “applauds the addition” of the ISIS branches by the U.N. to its sanctions lists.

JAD was established in Indonesia in 2015 as an umbrella group for about two dozen Indonesian extremist groups that had pledged allegiance to then-ISIS leader Abu Bakr al-Baghdadi, the U.N. said in a narrative summary about the designation. It’s the largest ISIS-affiliated terror network in the country and has carried out numerous attacks since its formation, according to the U.N. JAD’s ideological leader is Oman Rochman, who was sanctioned by the U.N. in 2017. Al-Baghdadi died in October 2019 during a U.S.-led raid in northwestern Syria.

Four JAD members received overseas funds and planned to attack targets in Indonesia during the 2016 holiday season, Kharon reported in May 2018, citing a government investigation.

ISIS - Libya launched in November 2014 when al-Baghdadi announced its formation, according to the U.N. It has claimed responsibility for attacks cited by the U.N., including one in September 2018 on the Tripoli headquarters of the Libyan National Oil Corporation, and another on a Libyan town that killed the head of its local council and a security officer. The group was a partner of the Benghazi Revolutionaries Shura Council, which had received personnel and weapons support from the local al Qaida branch, Kharon reported in February 2018.

ISIS - Yemen emerged the same month as the Libya affiliate when al-Baghdadi said in an audio message that he had accepted the oaths of allegiance from fighters based there, the U.N. said. The group has attacked mosques, detonated an explosive device near the U.S. embassy in Sanaa and in Aden, targeted the headquarters of a Yemeni counterterrorism unit and a police station, according to the U.N.