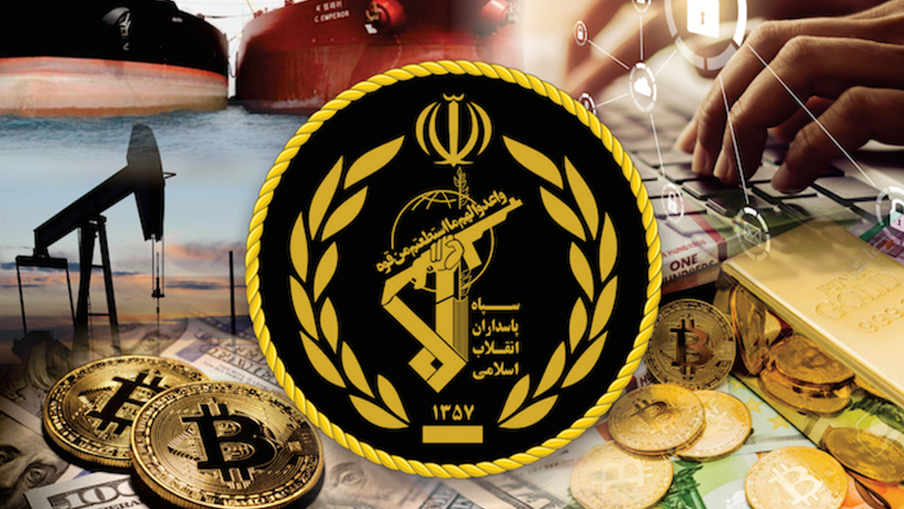 This report has been updated with additional information from the U.S. government and research by Kharon.

The U.S. on Wednesday increased its pressure on Iran, imposing sanctions on a petroleum shipping network and announcing a reward of up to $15 million for information leading to the disruption of the financial activity of Iran’s Islamic Revolutionary Guard Corps (IRGC).

The latest actions come amid heightened tensions between Washington and Tehran. Iranian President Hassan Rouhani said Wednesday on state television that Tehran will take its next step away from a nuclear deal by resuming research and development surrounding centrifuges, unless European countries reset the agreement’s terms. The U.S. wouldn’t commit to a waiver allowing a line of credit proposed by France to jump-start oil sales. The U.S. in May 2018 exited the deal, which had frozen Iran’s nuclear program in exchange for sanctions relief.

“We did sanctions yesterday. We did sanctions Friday. We did sanctions today. There will be more sanctions coming,” said Brian Hook, the U.S. State Department’s special representative for Iran, at a press conference. “We can’t make it any more clear that we are committed to this campaign of maximum pressure, and we are not looking to grant any exceptions or waivers.”

The reward announcement marks the first time the U.S. used such a mechanism, typically issued to aid in the capture of terrorists or wanted criminals, to disrupt a government entity’s financial operations, Hook said. “We have taken this step because the IRGC operates more like a terrorist organization than it does a government,” he said.

The IRGC was designated in April as a foreign terrorist organization (FTO). The Islamic Revolutionary Guard Corps-Qods Force (IRGC-QF), its unit responsible for external operations, has been sanctioned several times by the U.S. as well.

The State Department is interested in information concerning the sources of IRGC revenue, including any IRGC illicit financial schemes, IRGC donors, front companies with ties to the IRGC, entities and individuals assisting in sanctions evasion, and financial institutions doing business with the IRGC, the reward notice said. The U.S. is also interested in criminal schemes involving IRGC members and supporters, and front companies engaging in international procurement of dual-use technology on behalf of the IRGC, according to the reward notice.

Also Wednesday, the Treasury Department announced sanctions on a large shipping network it said was directed by and financially supports the IRGC-QF and its proxy Hizballah. Sixteen entities and 10 individuals were designated, and 11 vessels were identified as blocked property.

Over the past year, the IRGC-QF has moved oil worth hundreds of millions of dollars or more through the network to benefit Hizballah, the Syrian government led by Bashar al-Assad and other illicit actors, according to the Treasury. The network of intermediaries enables the IRGC-QF to obfuscate its involvement in selling Iranian oil; it has attempted on multiple occasions to pass off Iranian cargo as originating from Iraq, the Treasury said.

“The Iranian regime is leveraging a terrorist organization as its chief conduit for obfuscating and selling hundreds of millions of dollars of illicit oil to fuel its nefarious agenda,” said Treasury Under Secretary Sigal Mandelker.

Rostam Qasemi, a senior IRGC-QF official who previously served as Iran’s oil minister, oversees the network, according to the Treasury. He manages a group of individuals, shipping and oil companies and vessels to sell Iranian crude, condensates and gas oil, relying on IRGC-QF officials and associates, including his son Morteza Qasemi, to run the network, the Treasury said. Rostam was sanctioned by the U.S. in 2010; he was designated again Wednesday for supporting terrorism along with his son Morteza, who helped finalize the network’s oil contracts, the Treasury said.

Ali Qasir, a Lebanese man and IRGC-QF associate sanctioned Wednesday, has served as a lynchpin for the network, including by negotiating sales prices and settling vessel-related payments, according to the Treasury. He also assigns vessels to conduct shipments based on IRGC-QF guidance, the Treasury said.

The crude originates with the National Iranian Oil Company (NIOC) and is delivered to Syria, and the IRGC-QF relies on people within the shipping industry to keep the oil moving, the Treasury said. National Iranian Tanker Company (NITC) vessels have been used in the operation, according to the Treasury. Mohammadreza Ali Akbari, an official of the Safiran Payam Darya Shipping Company (SAPID) sanctioned Wednesday, has served as an interlocutor between the IRGC-QF and vessel managers, the Treasury said.

Kish P&I Club, an Iranian insurance firm, was sanctioned Wednesday for providing discounted protection and indemnity insurance coverage to multiple vessels in the network, the Treasury said. Kish P&I was previously sanctioned in 2013 but delisted as part of the nuclear deal.

The Treasury sanctions follow designations on the Iranian space program on Tuesday, and last week on the Iranian tanker Adrian Darya 1 and its captain, Akhilesh Kumar. The U.S. in mid-August issued a warrant and a forfeiture complaint against the tanker, saying it was part of an illicit oil scheme benefiting the IRGC-QF. The vessel, previously known as the Grace 1, set sail Aug. 19 after it was released by Gibraltar following a six-week impounding over allegations it was bound for Syria to deliver its cargo -- 2.1 million tons of Iranian crude.

Its release was linked to a promise not to sell the crude to Syria, which would constitute a violation of EU sanctions; the Adrian Darya 1 appears to have turned off its location transponder off the coast of Syria, according to media reports. In the days prior to the sanctions, Hook emailed Kumar, offering him several million dollars to steer the Adrian Darya 1 to a country that would impound the tanker on behalf of the U.S., according to a Financial Times report.

Shamsollah Asadi, an official with the Iranian Law Enforcement Forces (LEF) sanctioned Wednesday, collaborated with Qasir to cover expenses and facilitate an oil shipment by the Adrian Darya 1, according to the Treasury. Asadi also helped arrange payments in support of vessel management transfers, which benefited the IRGC-QF network, the Treasury said. The LEF was sanctioned in June 2011 for human rights abuses in Iran and Syria.

The Treasury issued a new shipping advisory to the maritime community warning of the risks involved with participating in schemes such as the IRGC-QF network. It comes in addition to an advisory from late March related to the sanctions risks associated with oil shipments to Syria.

Hook has emailed or texted roughly a dozen vessel captains in recent months to warn them of the risks of helping Iran evade sanctions, the FT reported. “Deception is at the heart of the Qods Force shipping network,” Hook said at the press conference.